The world was exposed to Splatoon 3’s announcer trio Deep Cut, last week, with the fanbase immediately falling in love with Frye, Shiver, and (my personal fav) Big Man. And I, along with every other trans nerd I know on Twitter, took one look at Shiver and went “wow, Gender.” That’s kinda just how our brains work at this point. You get one character who looks even a little GNC and suddenly people are color-picking pride flags for them. But it turns out that the Gender radar may not be us grasping at straws but a genuine case of inclusion, because evidence suggests that Shiver may in fact be truly, canonically non-binary. 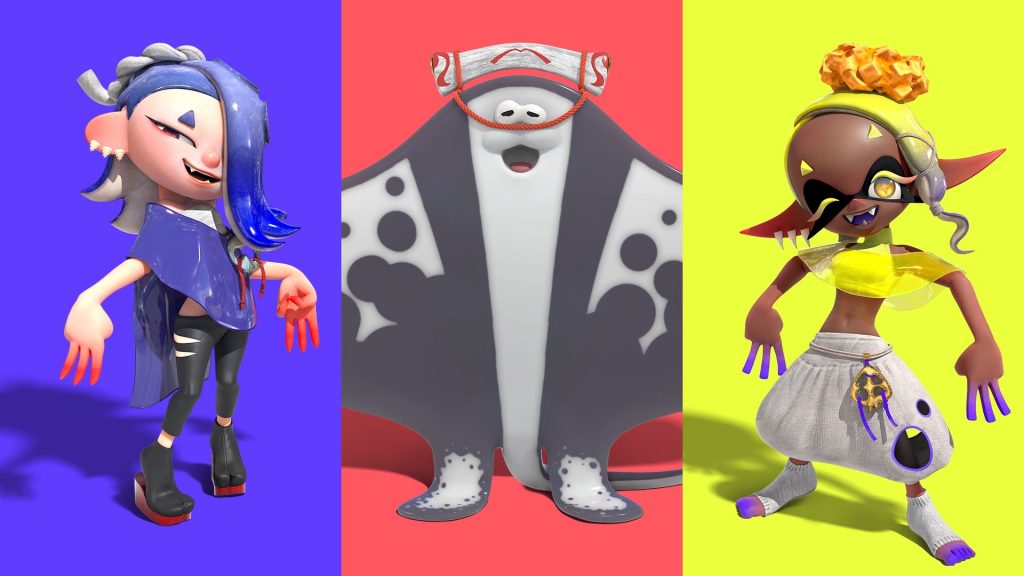 This mostly comes from how the text in multiple languages is very deliberately crafted to avoid gendering Shiver in any particular way. This is particularly noteworthy for languages like French and Spanish, where dialogue was written very carefully to avoid any conjugation or such that would explicitly gender Shiver. The Japanese text, meanwhile, avoids giving Shiver any first-person pronouns (which are usually gendered, like “atashi” being feminine and “boku” being masculine). Frye and Big Man meanwhile are gendered pretty explicitly in multiple languages, which makes the coyness of Shiver’s gender all the more interesting.

Obviously, we’ll have to wait for the game to come out before confirmation of anything, but it would check out – Splatoon as a franchise has been driven by a younger generation of Nintendo developers, utilizing contemporary cultural sensibilities that other properties of the Big N aren’t as up to date on, and in a world drenched in fashion and style a non-binary character fits perfectly. Fans have practically accepted it as fact already, and the reaction has been overwhelmingly ecstatic.

found out that the Shiver from the new splatoon band is never referred to by any gendered terms in any language, including the ones with grammatical gender which all go out of their way to use odd or passive language forms in order to leave it unspecified. good they're a mood pic.twitter.com/ht8sDEq0Op

Shiver wouldn’t be the first non-binary character in a Nintendo game – just this month Xenoblade Chronicles 3 released with a minor character, Jupiter, who’s non-binary. And right before that, the remake of Live A Live (developed by Square but published by Nintendo outside of Japan) referred to the robot character Cube with they/them pronouns. Trans characters in general extend back decades in the Nintendo canon (though whether or not characters like Birdo are/were “good rep” is a subject for much discourse). That said, if Shiver is n-b, then they’re the most prominent Nintendo character thus far to fall outside the gender binary, and would be well worth celebrating.

We’ll just have to see for certain when Splatoon 3 launches on Friday, September 9th.