The Splatoon 3 Direct aired this morning, bringing with it quite a few nitty-gritty details about the way we can outfit ourselves in the game.

First up is Ammo Knight, with horseshoe crab Sheldon returning once more to dispense weaponry when you pony up — unlike the previous games, however, you don’t purchase weapons with Gold but rather Sheldon Licenses, a new currency obtained either via leveling up or using the same weapon enough. If you spend extra Sheldon Licenses, you can acquire weapons usually not obtainable until a higher level. The whole system seems to incentivize getting weapons you want and not having to worry about missing gear along the way. 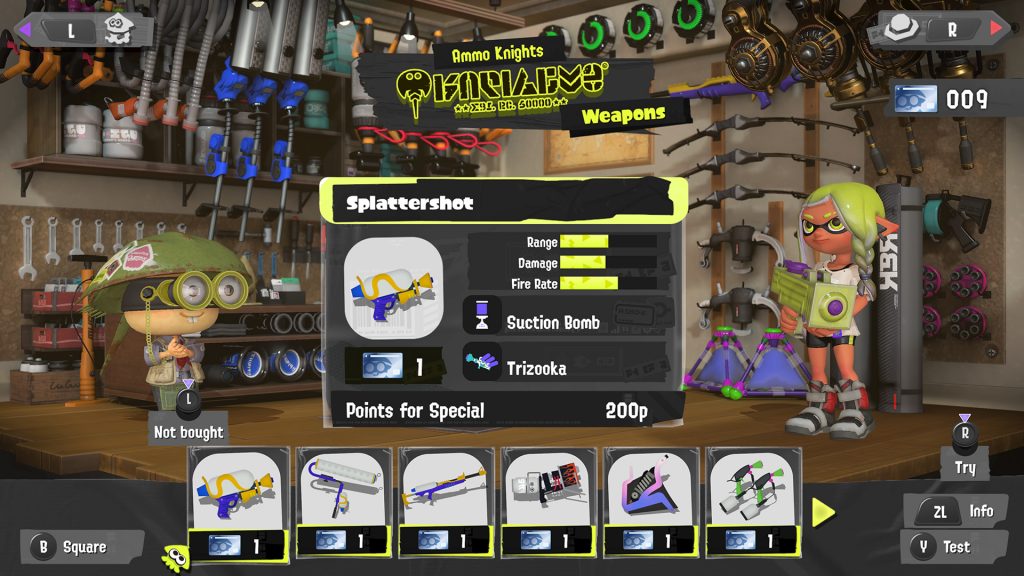 Speaking of gear, the usual headgear, top, and shoe slots return, with all new shopkeepers and storefronts to boot. Naut Couture will sell you headwear, fronted by a chill Nautilus named Gnarly Eddy and his buddy Nails the Snail. For clothing, you’ll head to Man-O’-Wardrobe, whose shopkeeper is the archaic and florid Jel La Fleur. And for shoes, you’ll head to Crush Station, run by the giant yet gentle Mr. Coco. The shops appear to be oozing with the same personality and style as always… but there’s also a new addition to the lineup. 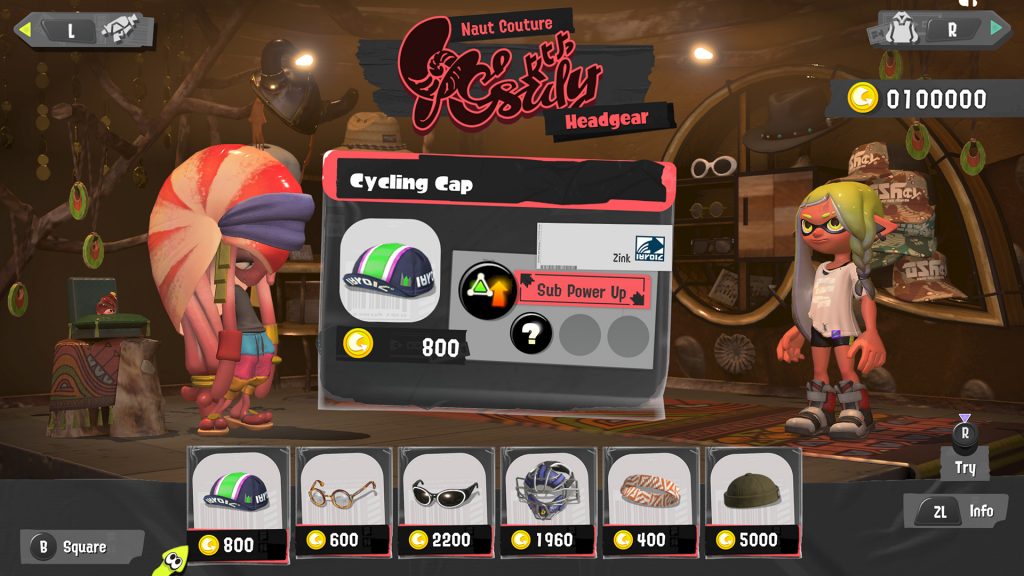 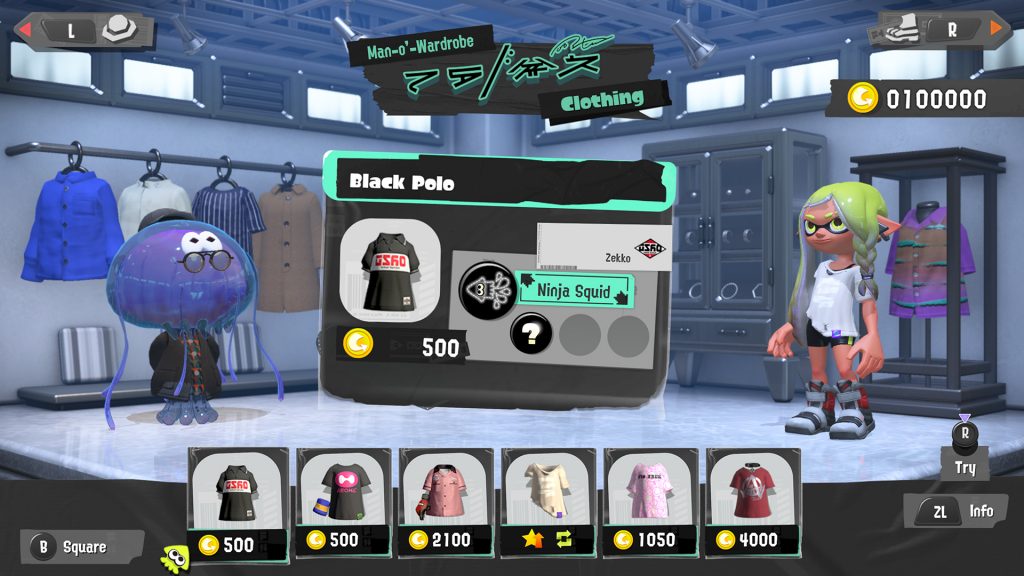 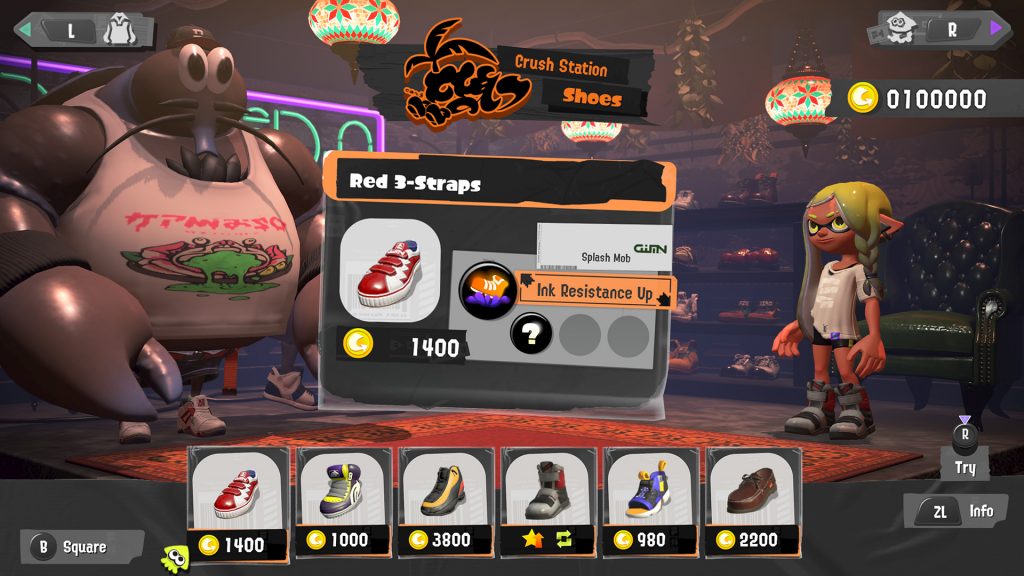 A new feature of Splatoon 3 is the Locker Room, an area where you can customize a locker to show off to friends and others as a means of expressing yourself. You can add your favorite weapons and gear to the locker, but you can also pick up other implements at Hotlantis, a general store run by an artist named Harmony. Notebooks, stickers, decals, and more can all be purchased to help style your locker exactly as you like it. 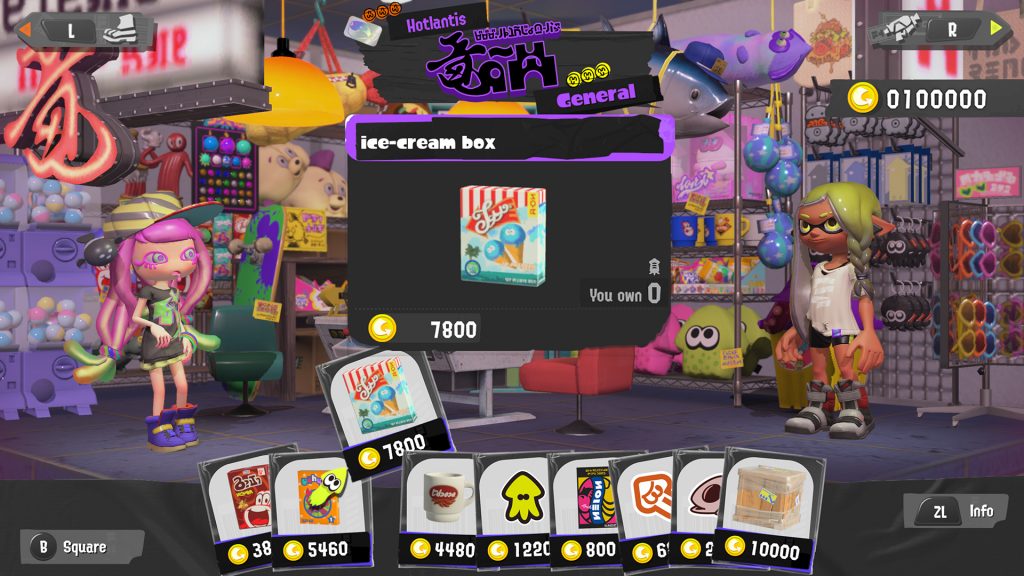