Looks like Nintendo is getting ready for The Legend of Zelda’s 35th anniversary! Sure, we’ve been treated to announcements of The Legend of Zelda: Skyward Sword HD coming to the Nintendo Switch, plus a set of Joy-Cons themed after Hyrulian Shield and Master Sword and an amiibo of Zelda with her Loftwing, but Nintendo hasn’t started a huge promotion as they did for Super Mario Bros.’ 35th anniversary.

Now, thanks to a lucky shopper at GameStop this past Friday, a new piece of The Legend of Zelda 35th anniversary swag has appeared! Posted on Resetera (initially in the general Nintendo thread and then reposted as its own thread), user Rareware shared their find:

So I just went to GameStop to pick up Ratchet & Clank and asked the manager while I was there if they “started the Zelda promotion yet where you get a free Zelda poster when purchase Zelda merchandise”. He says it “probably won’t start until sometime next week”. But then he reaches into drawer and gives me the Zelda poster anyway along with my Ratchet game! 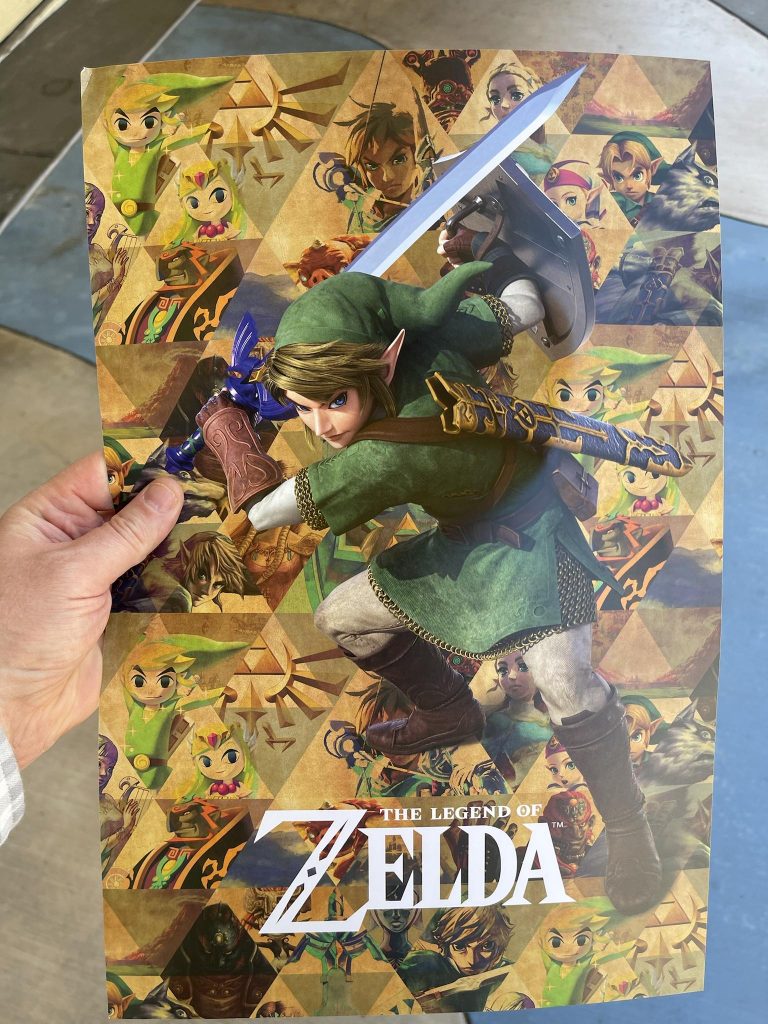 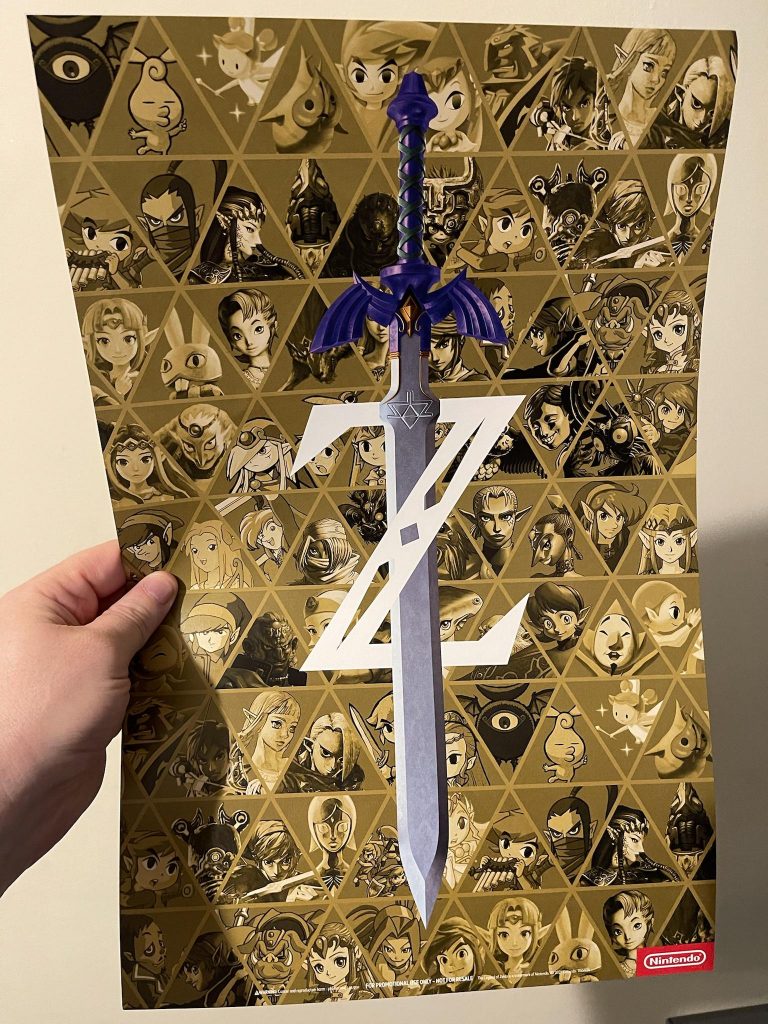 If the poster looks familiar, it’s certainly similar to art used in previous anniversaries as well as some imagery currently showcased on the official The Legend of Zelda site.

Luckily we didn’t have to wait too long for GameStop to officially announce this promotion. It appeared today in their daily e-mail newsletter and according to the e-mail, to get the poster “when you spend $30 or more on The Legend of Zelda products or trade toward a Nintendo Switch System.” Of course, like RareWare, you could get it for free or with the purchase of other games and merchandise, but that’s a “your mileage may vary” situation.