The Legend of Zelda: Skyward Sword HD flies onto Nintendo Switch this July

The Legend of Zelda: Skyward Sword has officially been announced for Nintendo Switch, and we won’t have to wait long to relive the genesis of the grandest legend in gaming! Players can embark on the origin story of Link, Zelda, and of course the Master Sword itself on July 16th.

The remaster will feature crisper visuals, motion-controls which use the Joy-Con to emulate the functionality of the Wii Remote and Nunchuck, and all-new button controls for those who prefer a traditional control scheme. 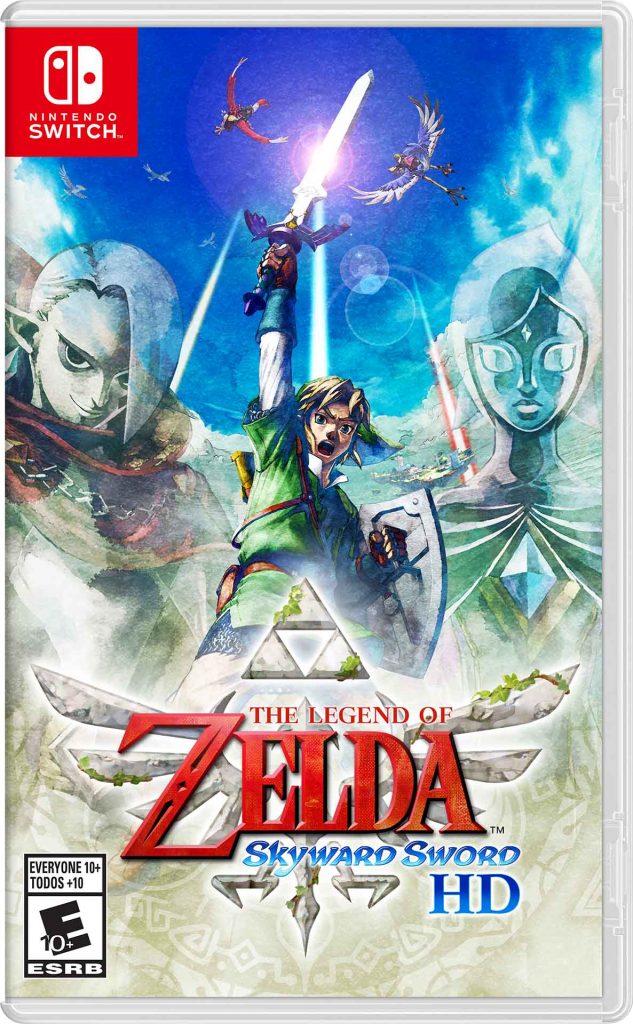 You can catch a full breakdown of this new version of the Wii classic below:

“Take to the skies, draw your sword, and experience the earliest story in the Legend of Zelda series. Join Link in his high-flying quest to save Zelda, a childhood friend who must confront her destiny. Soar between floating islands and descend to the treacherous surface world in this updated HD version of the Legend of Zelda: Skyward Sword.

Swing your sword and angle your slashes to uncover and break through opponents’ defenses using intuitive motion controls. Link will match the angle of each strike you make with the Joy-Con controller, creating immersive swordplay that relies on strategy and accuracy. Movements feel smoother and more immediate thanks to the Nintendo Switch system’s increased processing power and HD graphics. Take advantage of the newly-added button only control scheme—perfect for playing in handheld mode or on the Nintendo Switch Lite system.”

Preorders are available now on the Nintendo eShop!