The Pokémon 25th Anniversary celebration is still going strong, and the official Pokémon 25 site has once again been updated to shine a spotlight on regions from the series’ past. This latest update sees the Kalos region getting its moment in the sun with trivia, artwork, and video clips showcasing the grandeur of the France-inspired region.

Among series firsts such as rideable Pokémon, sky battles, and Pokémon-Amie, the Kalos region served as the birthplace of Mega Evolution, which saw many fan-favorite monsters taking on new forms beyond their third evolution for the very first time. The region’s most notable addition to the franchise, however, was the inclusion of Fairy-type Pokémon. This new group of Pokémon saw the core gameplay meta of both the mainline games and TCG shaken up for the first time since the split between Physical and Special moves all the way back in 2007!

This online gallery opens ahead of the release of the Pokémon TCG: First Partner Pack (Kalos) set – similar to the previous Galar and Alola exhibits. These oversized card packs will be launching soon and feature Kalos’ starter Pokémon Chespin, Fennekin, and Froakie. Two regular Pokémon TCG boosters are also included in the set and have an MSRP $9.99. 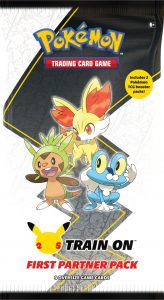 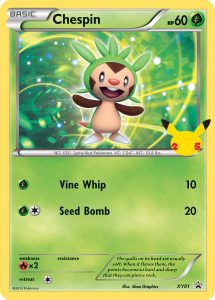 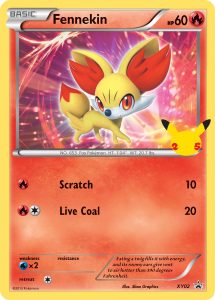 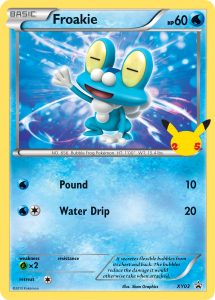 If you’re feeling nostalgic for simpler Pokémon times, you can take a step back to 2013 and reminisce about the magnifique region that hosted the events of the first 3D mainline Pokémon games and blessed the world with Sylveon over on the official Pokémon 25 site today!