The ‘fourth version of Super Mario Bros. ever produced’ may become the most expensive video game collector’s item ever

We were blown away last year when we reported on a special copy of Super Mario Bros. that sold for a record-breaking $114,000. Now imagine a copy of the game priced at almost three times that amount.

An auction listing for a sealed copy of Super Mario Bros. has a current bid of $310,000, with six days still remaining until the end of the auction. As Digital Eclipse Editorial Director Chris Kohler rightly points out, the item has a very real chance of surpassing the $360,000 selling price of the Nintendo PlayStation prototype.

This has a good chance of eclipsing the $360,000 hammer price for the Play Station prototype and becoming the highest-priced collectible game ever sold. pic.twitter.com/lS6bjtuV1v

With almost a whole week to go until the auction ends, it’s going to be wild to see where the final price ends up. 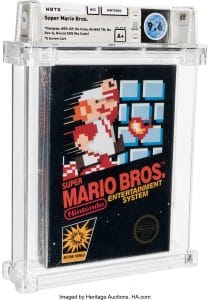 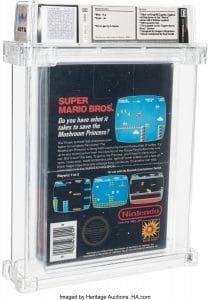