Rare video game collecting is a competitive and expensive hobby. However, a rare copy of the North American version of Super Mario Bros. for the NES just upped the stakes in the world of video game auctions by selling for a record-breaking $114,000.

Selling on Heritage Auctions, the sealed copy was valued at an astounding Wata 9.4 rating for condition, meaning its condition is good as new. Most importantly, this particular copy has cardboard hangtabs. As explained by the game’s auction page: 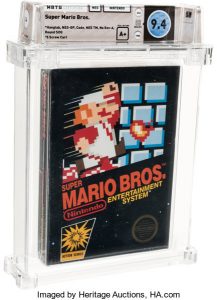 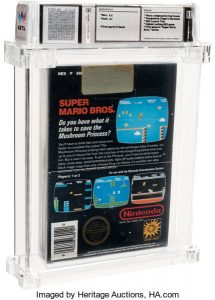 The buyer is currently anonymous, though we can hope the game finds a good home in a big collection. That sure is a lot of money to pay, considering you can play it for free with your Switch Online subscription! I tell ya folks, is this thing on?