As March 31st rapidly approaches, the closure of the Mushroom Kingdom’s first-ever battle royal is upsettingly almost here. Before next Wednesday can occur and Super Mario Bros. 35 will shut down its online servers, Nintendo is giving players one last opportunity to flaunt their 8-bit skills through the game’s third and final World Count Challenge event. 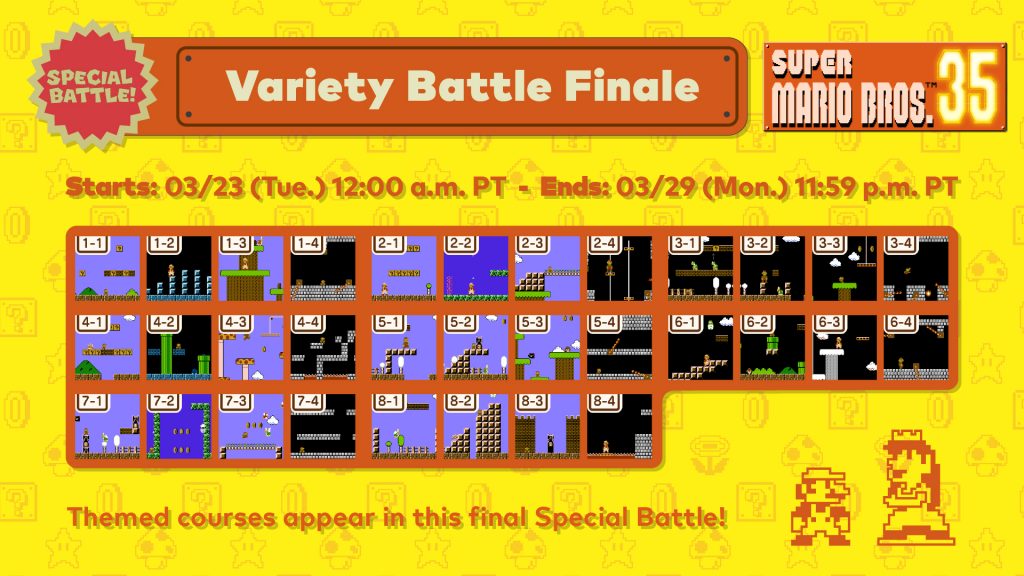 To help reach that 350 million coin goal, the event’s Special Battle! will have players running through all eight worlds as they aim to collect as many coins as possible throughout thirty-two different levels. The event is now currently live and will end on Monday, March 29th, at 11:59 p.m. PT. Will you be playing Super Mario Bros. 35 before its existence becomes a possible dream of the past? Get sidescrolling and enjoy it while you still can!