Pyra and Mythra are making their debut as playable fighters on Super Smash Bros. Ultimate today, and as with all DLC characters, they’re also bringing their own battleground. During today’s Mr. Sakurai Presents presentation, director Masahiro Sakurai detailed the many elements of the new Cloud Sea of Alrest stage.

It is based on Alrest from Xenoblade Chronicles 2, a land existing afloat on the Cloud Sea. In this world, everyone lives on Titans which serve an entity known as the Architect. The stage is specifically based on the back of Azurda, also known as “Gramps.” 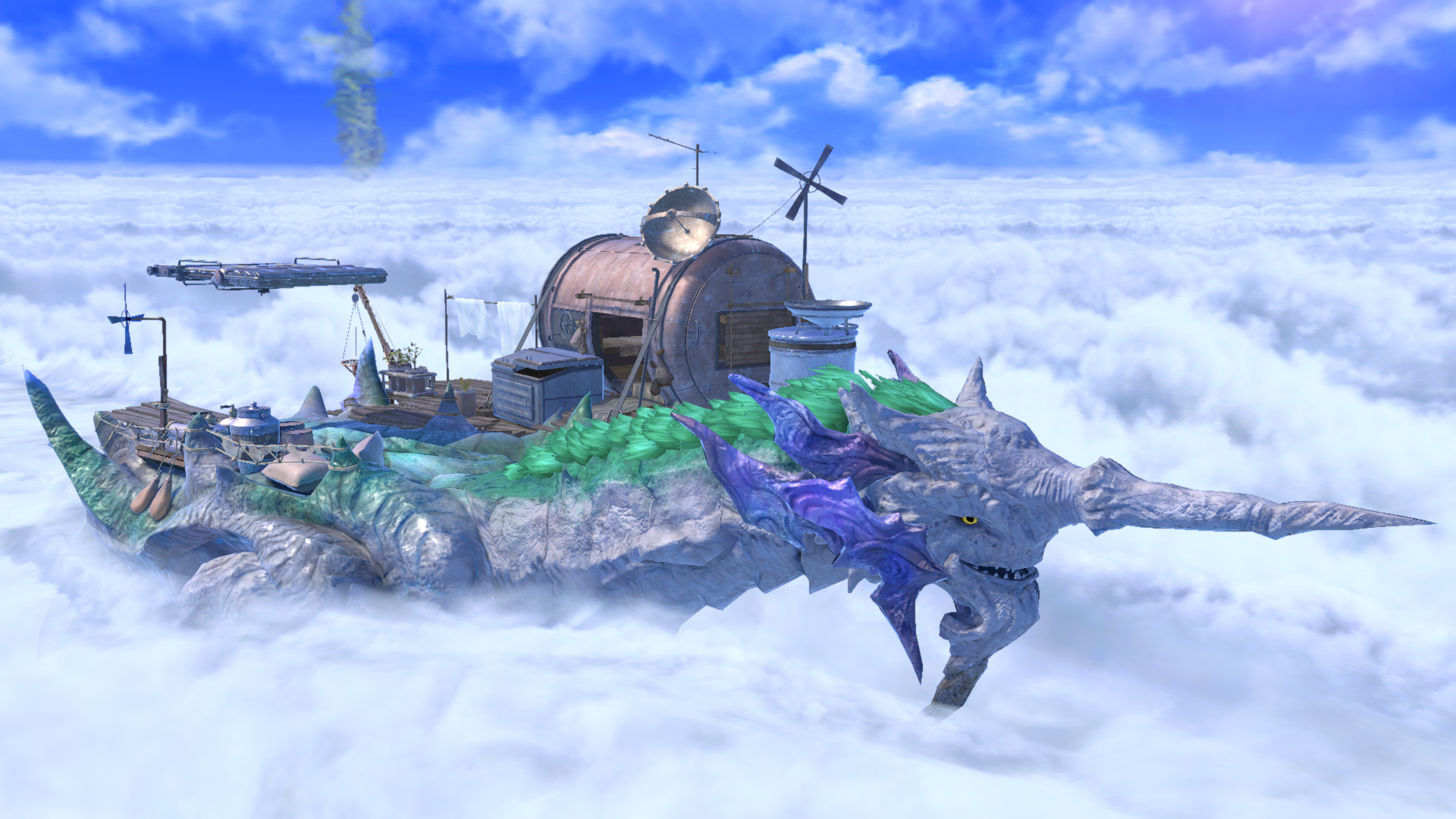 Sakurai explained one of the stage’s features, which is also a potential hazard to players who have been knocked off the stage and attempting to recover. “An important part of this stage is that it changes whenever Azurda pleases,” he says. “It’ll rise and fall when he moves his head.” Gramps will turn his head to look at the Titans in the background, which causes the length of the stage to shorten. “He might turn just as you’re trying to recover, which could be the difference between life and death.”

This won’t come without warning to observant players, however. “If you look carefully, you’ll see hints to his movements,” Sakurai explains. “He’ll shake his head before turning, or you might hear a whistle blowing or notice the wind turbine speeding up. Looks like Rex’s house is closed, too!”

As for the Titans that will occasionally catch Gramps’ attention, Sakurai named and detailed them all, and they should all be familiar to Xenoblade Chronicles 2 players. 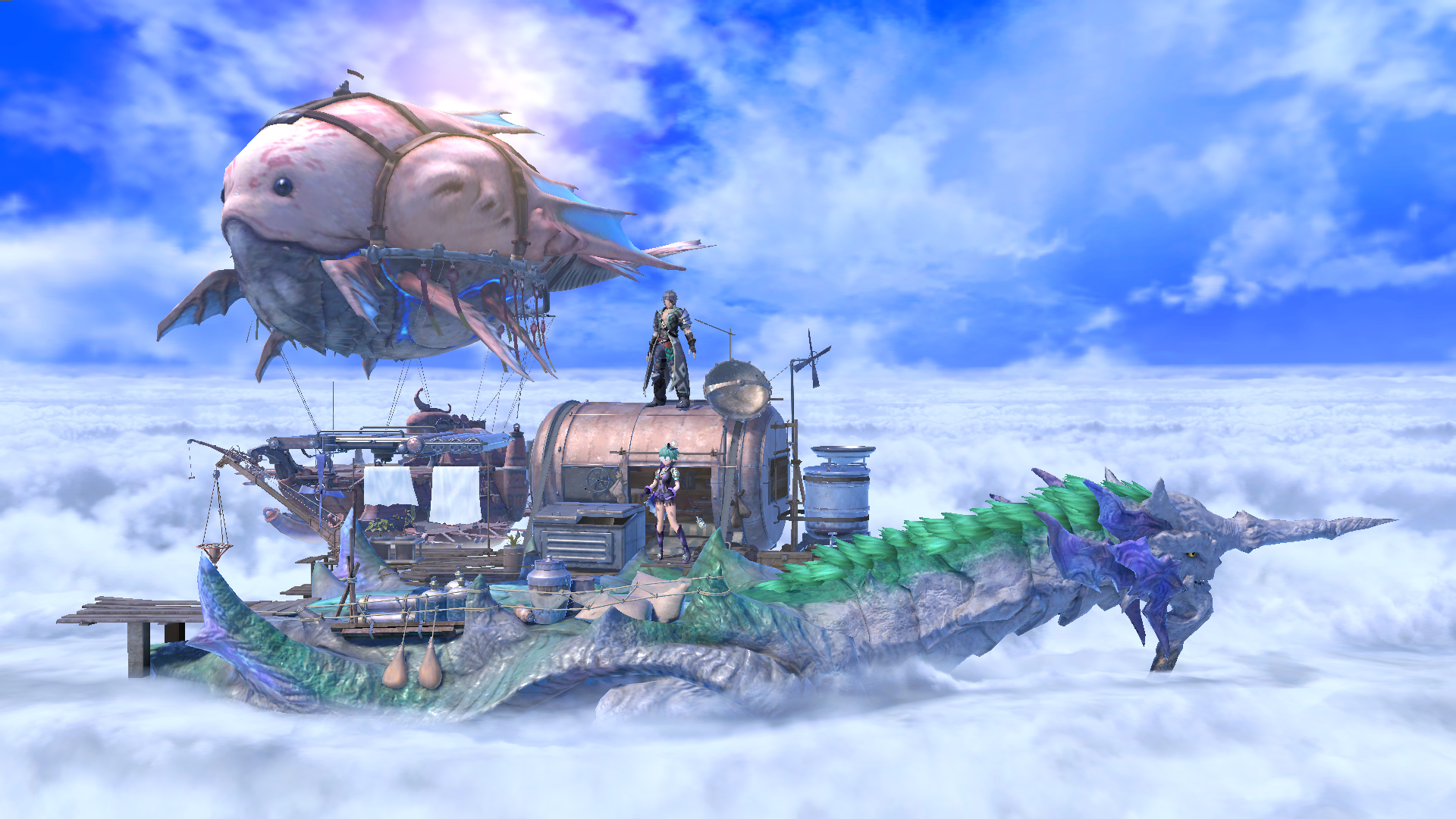 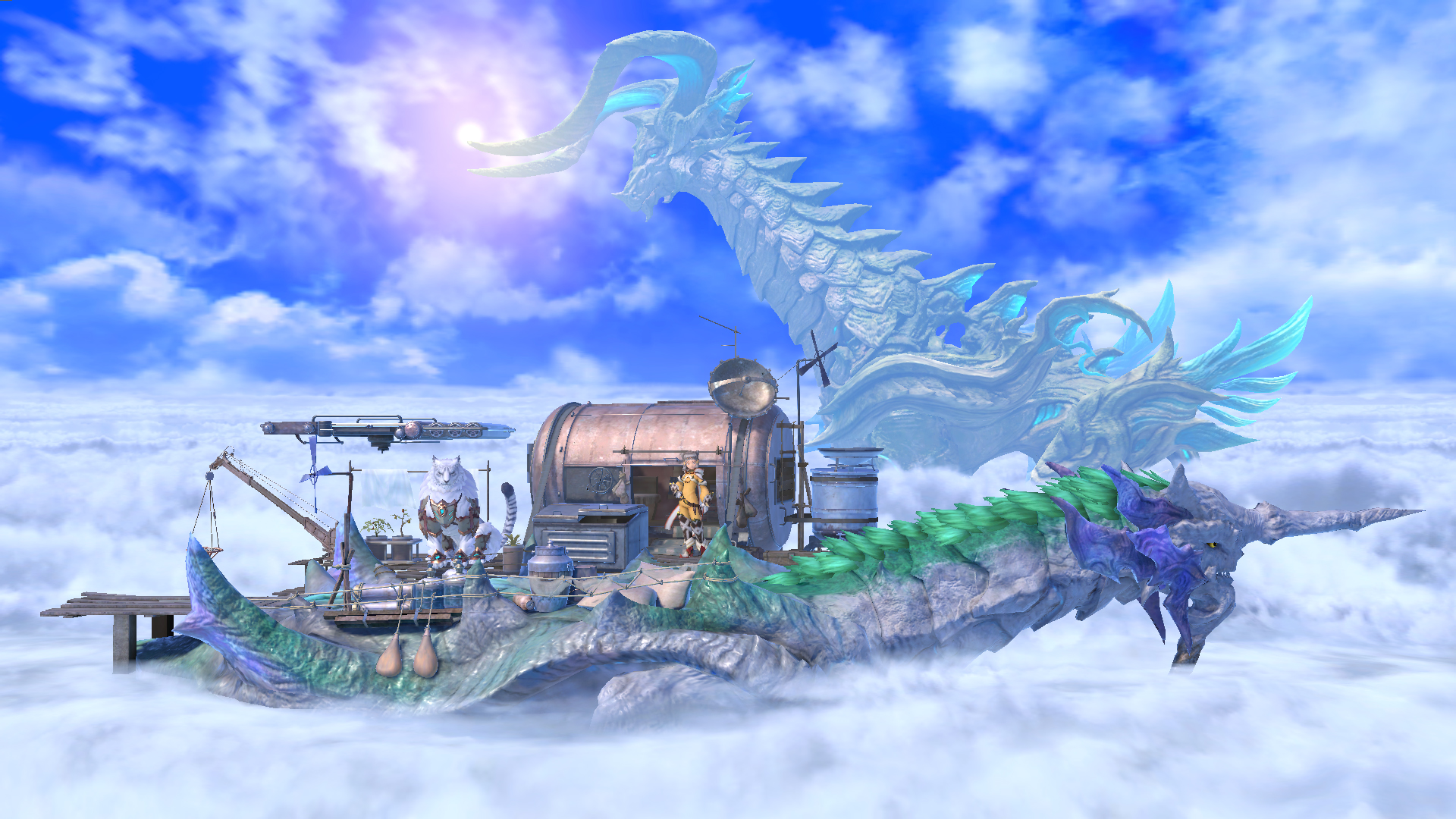 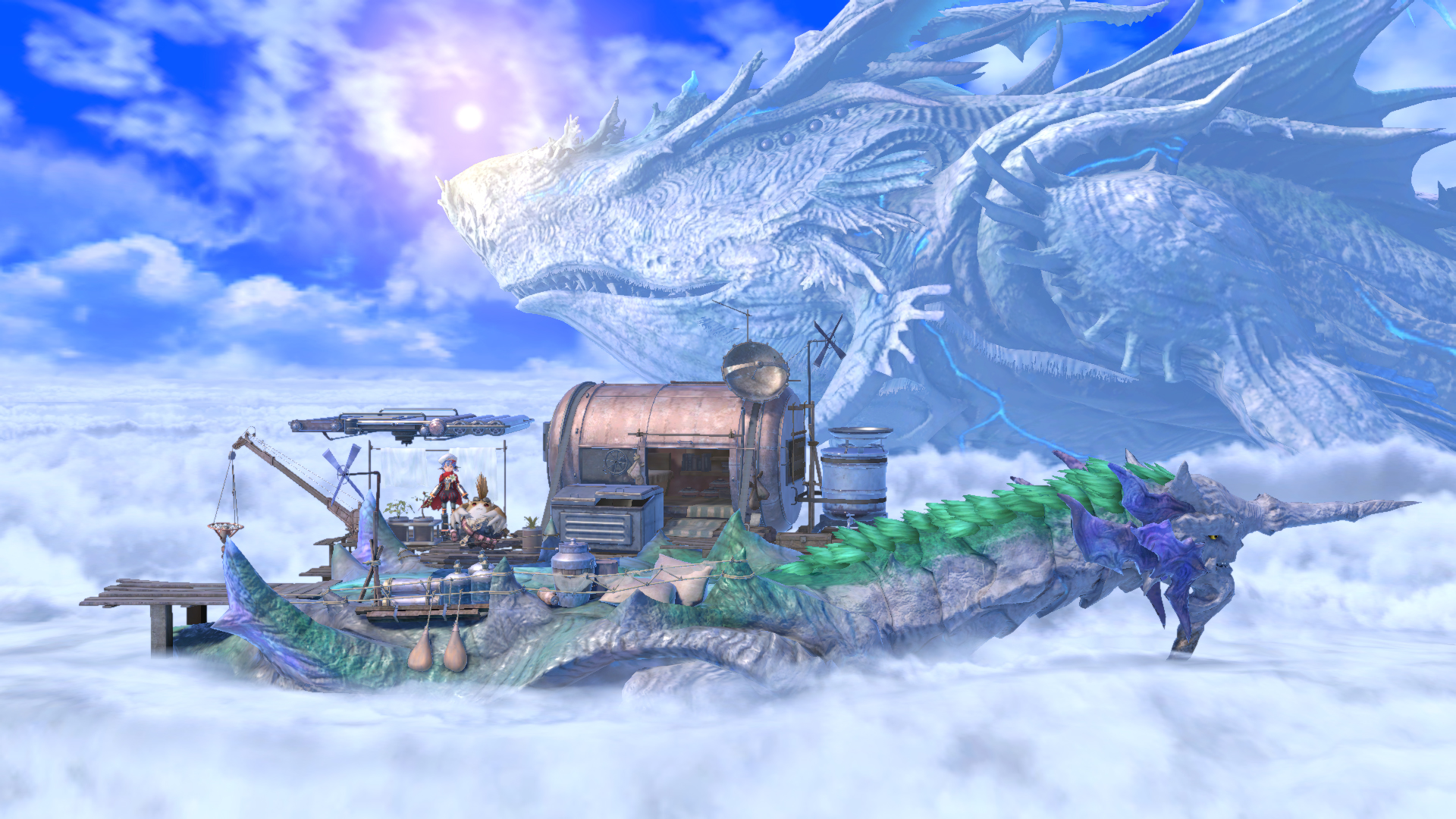 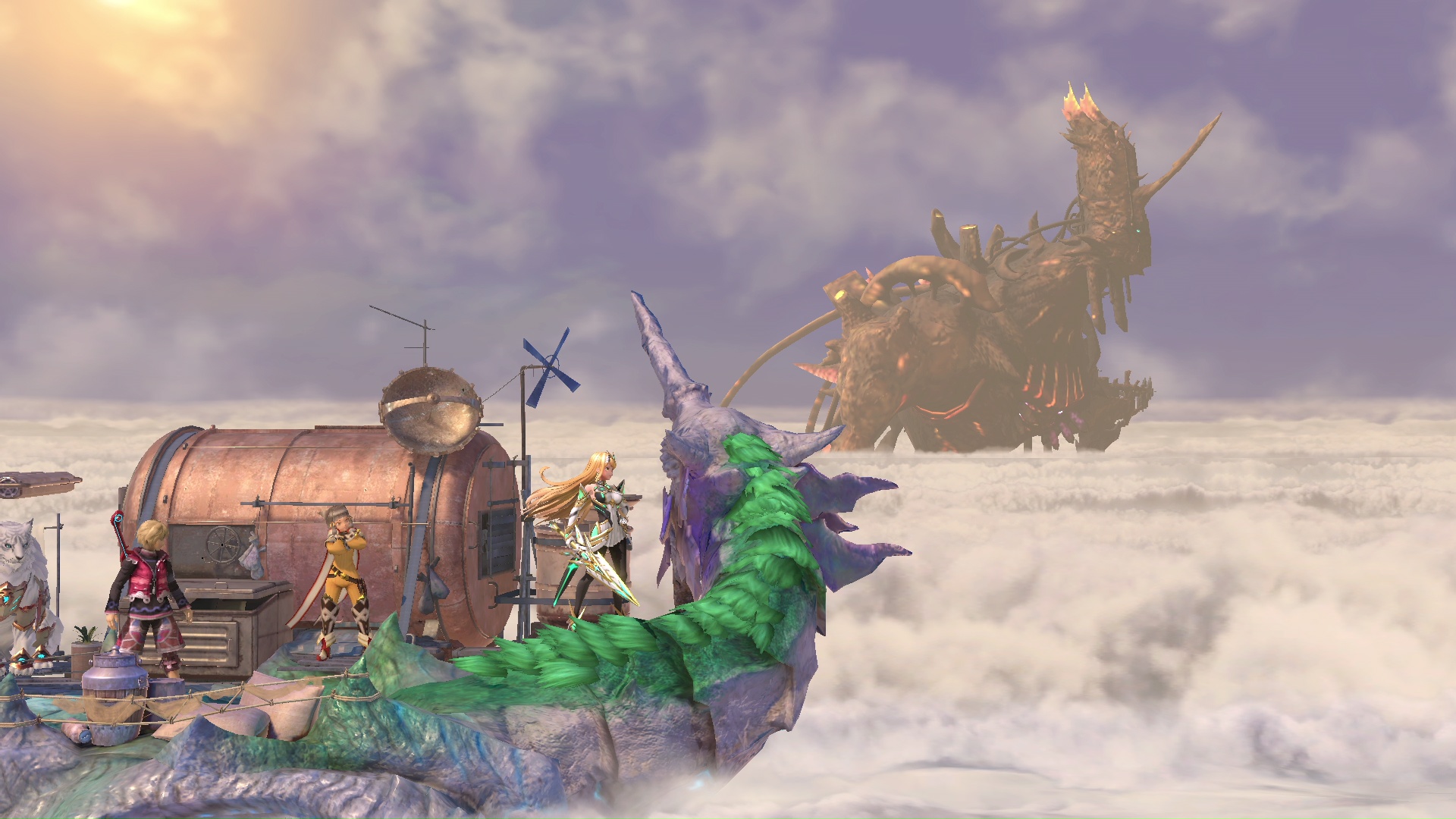 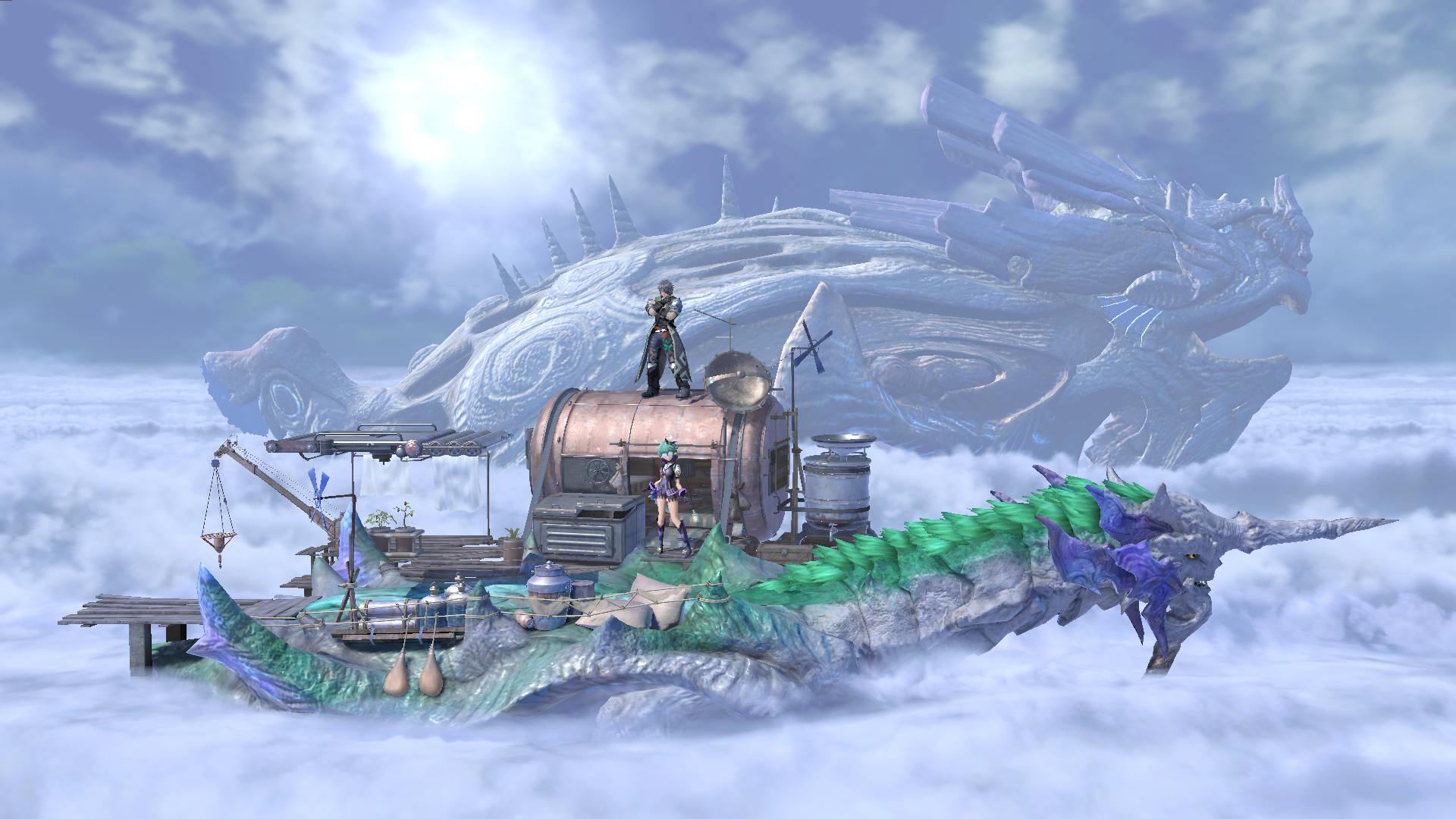 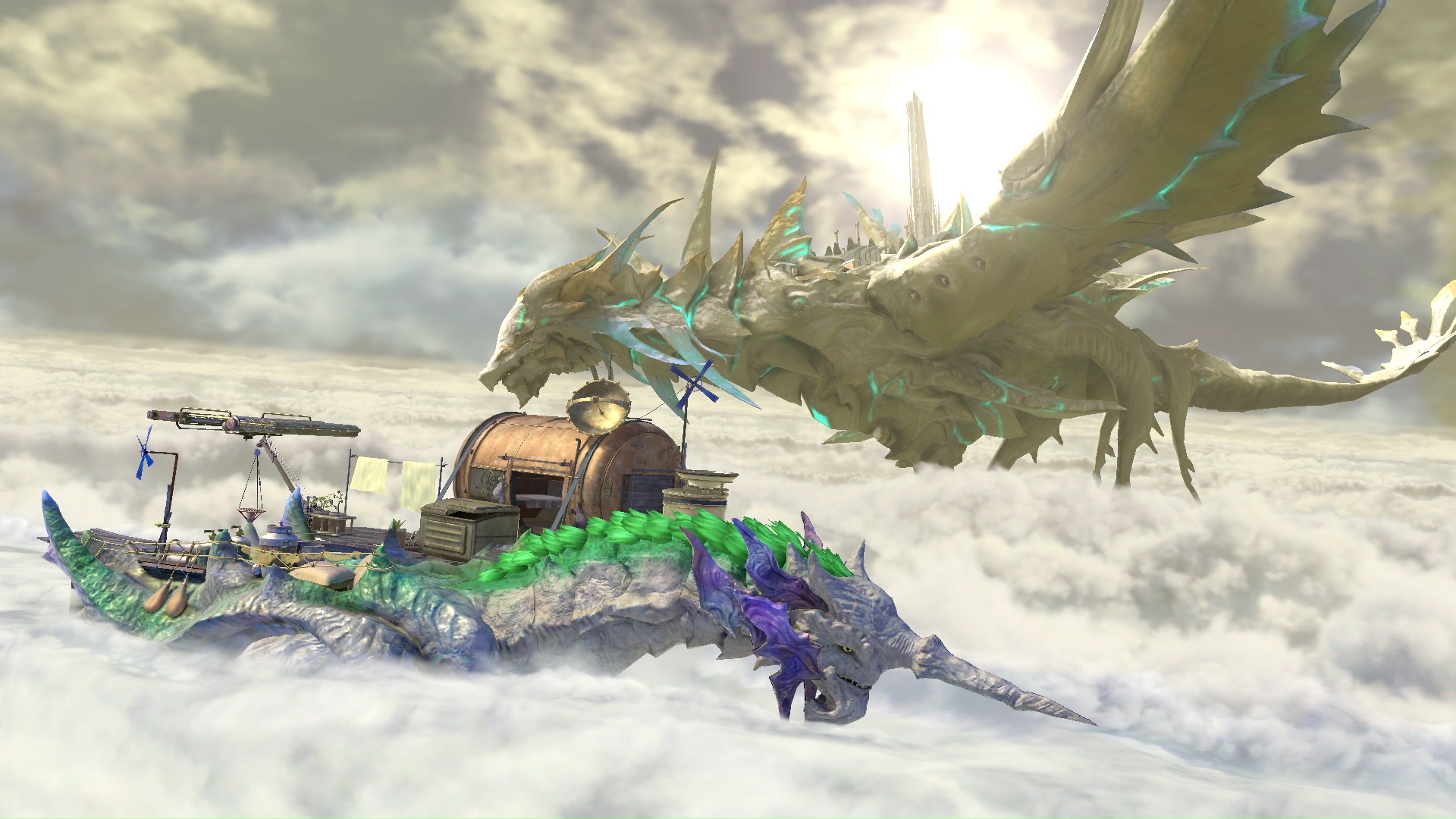 Sakurai elaborates, “The colors of the scenery change to match the Titans’ environments from the original game. I also showed them in the same order.”

The Titans aren’t the only cameos you’ll spot in the Cloud Sea of Alrest stage, as Sakurai went over the Blade and Driver pairs. 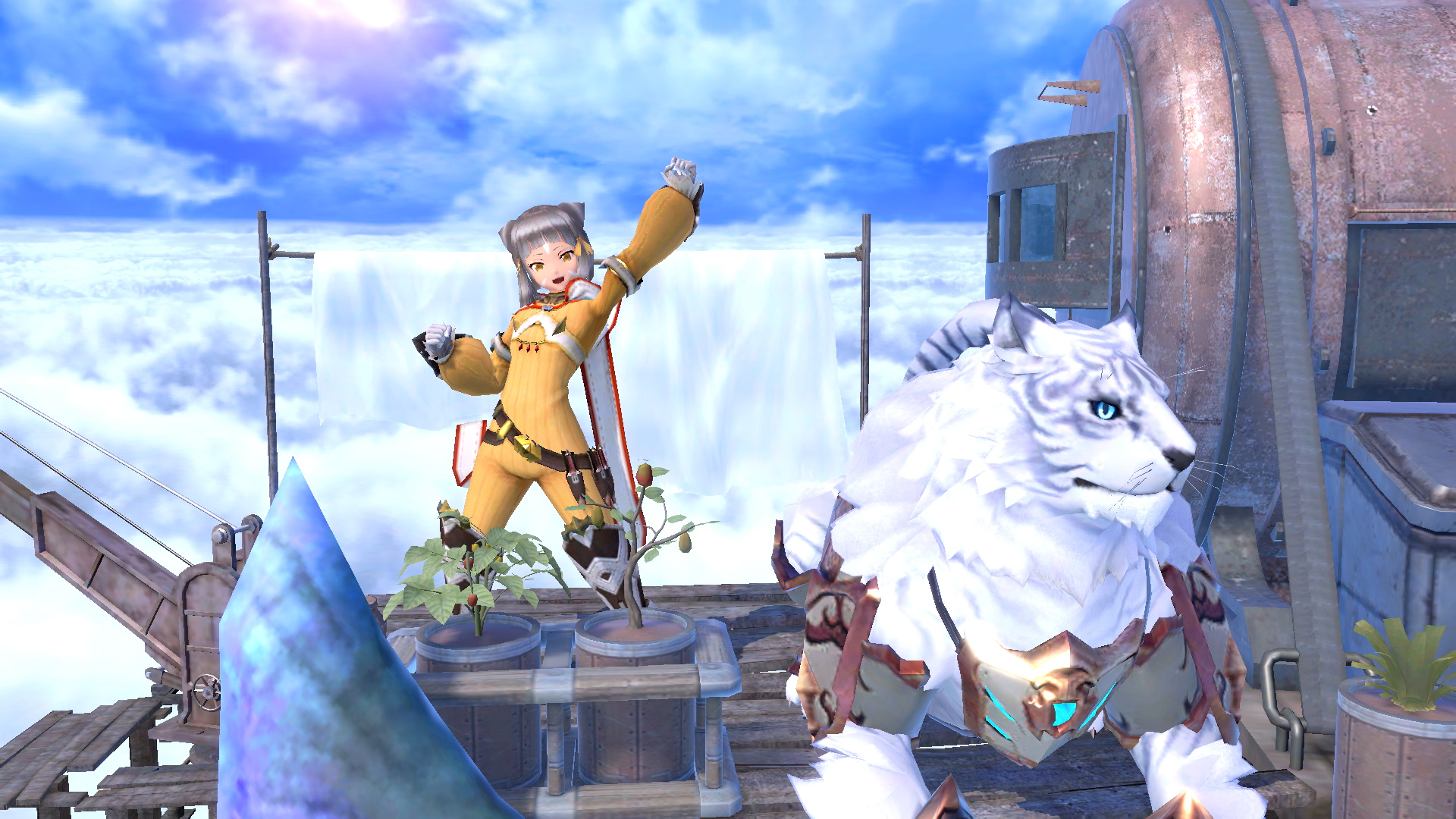 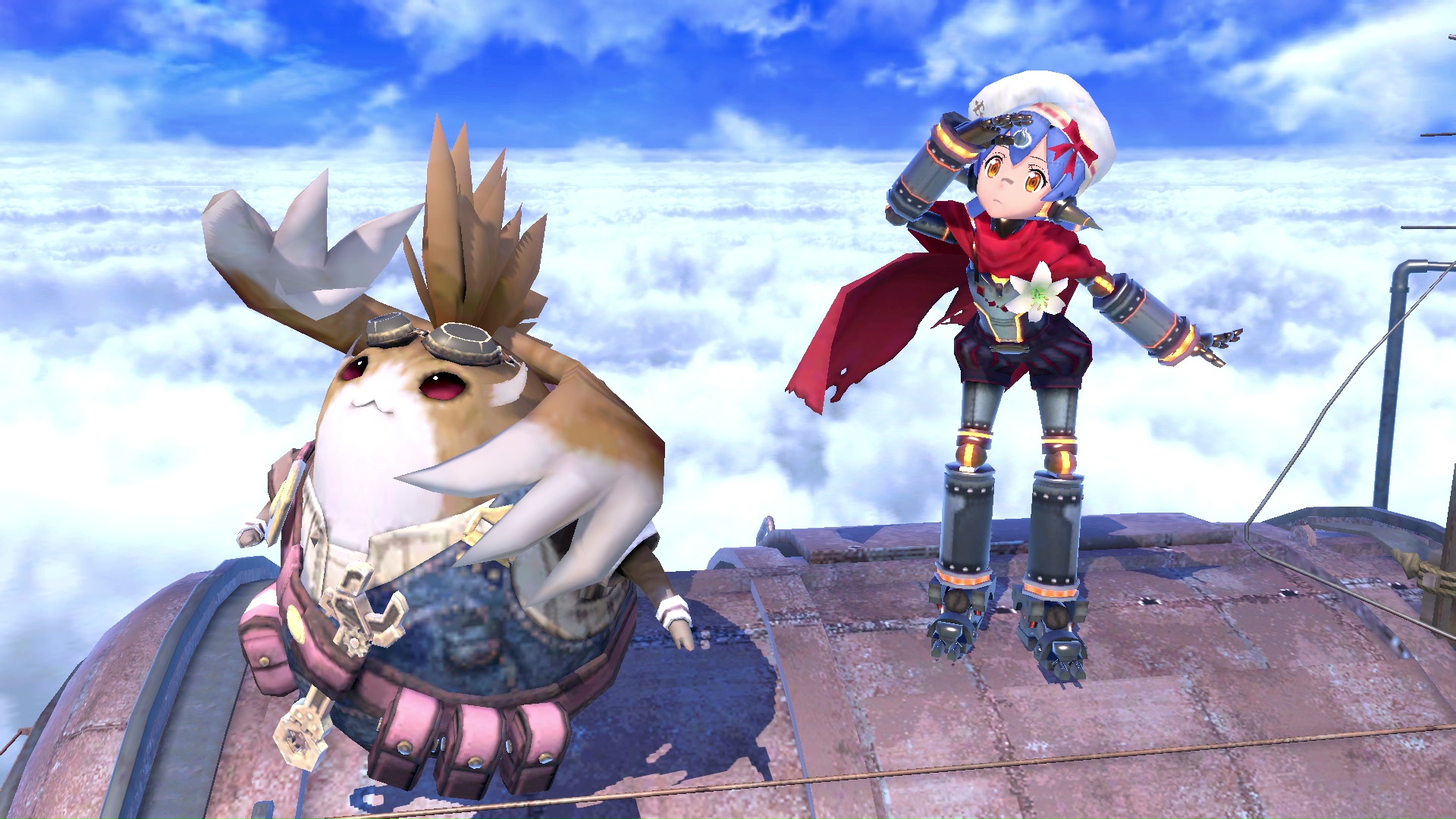 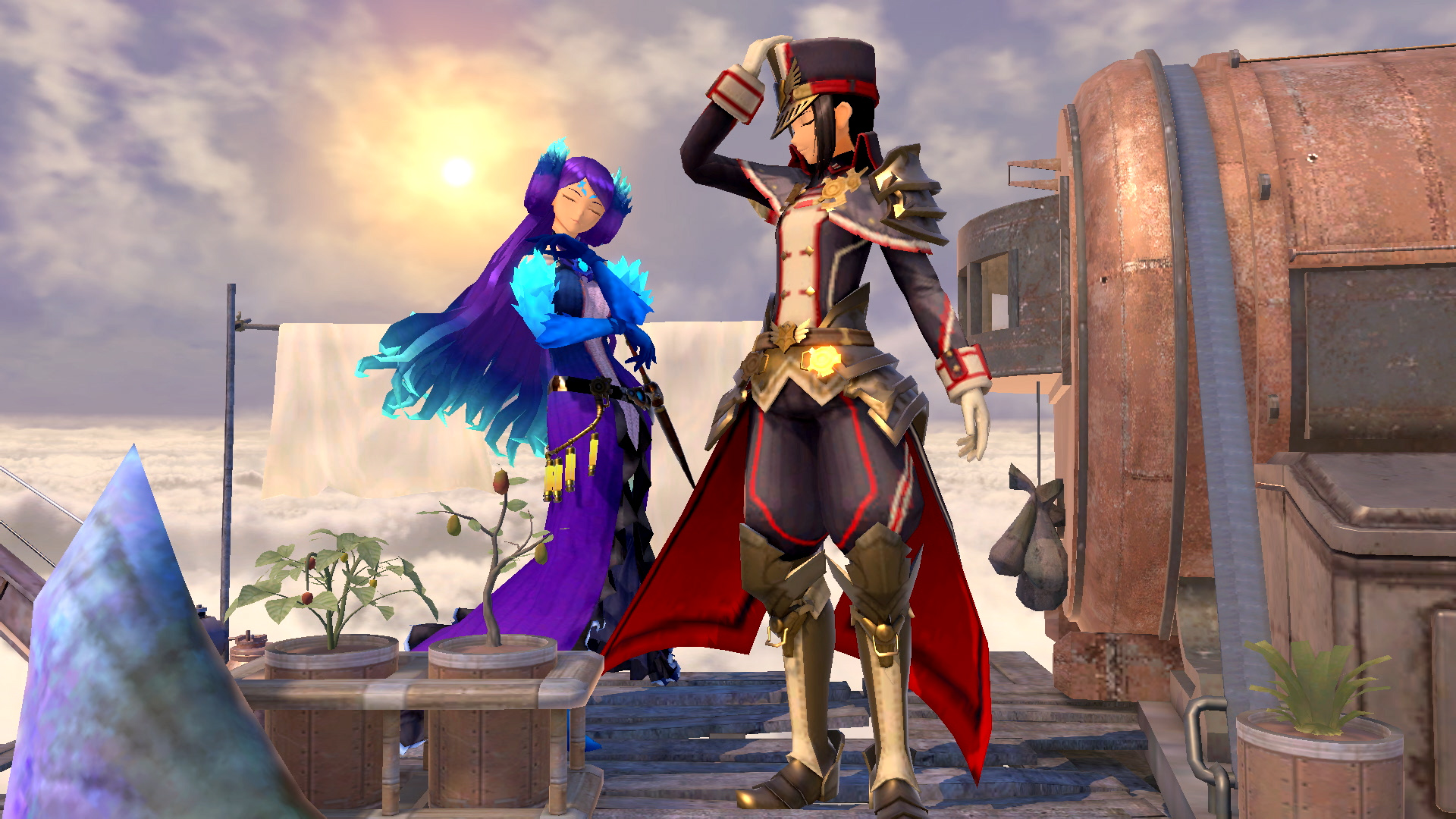 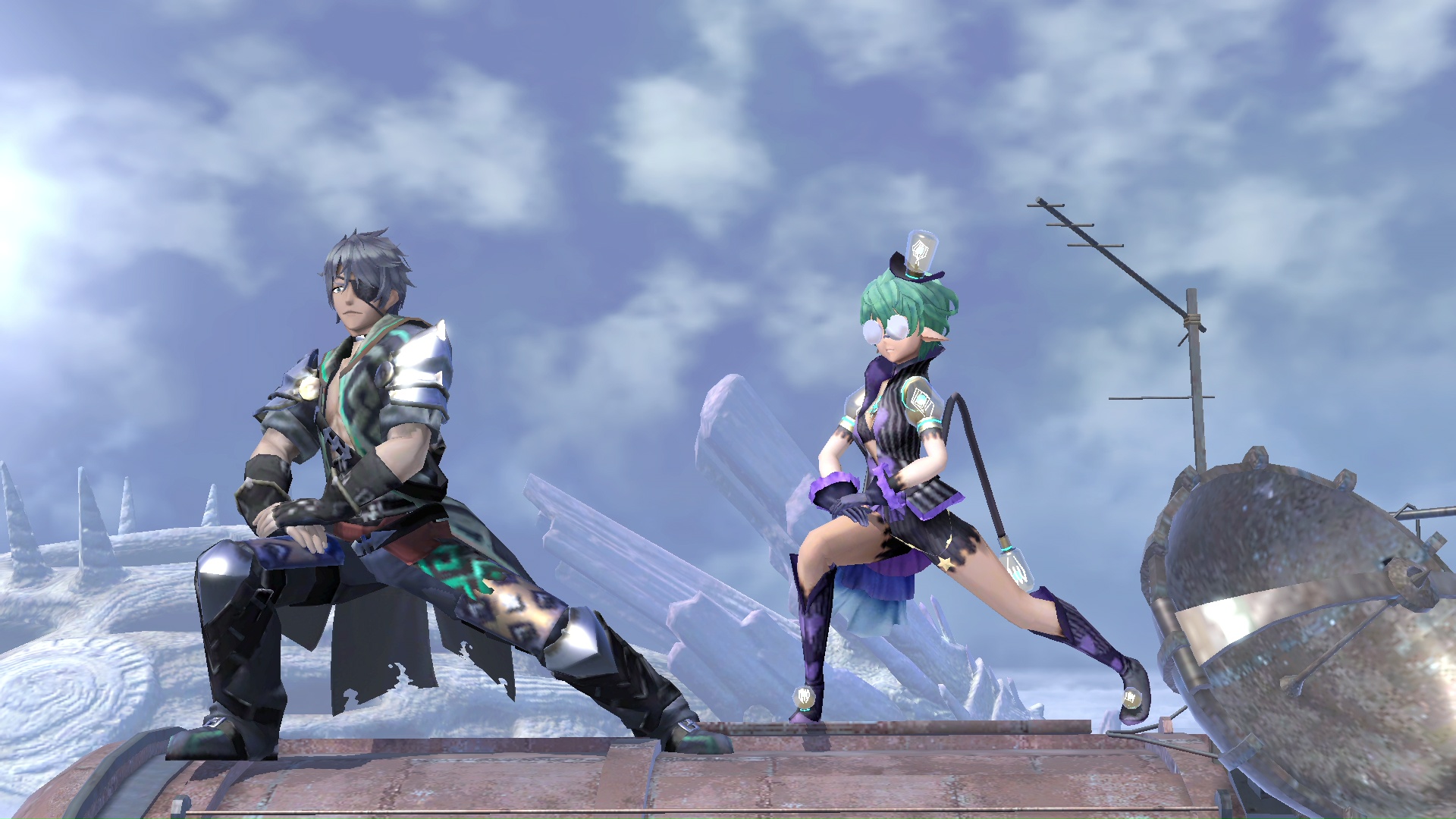 Finally, Sakurai touched on the Battlefield and Omega forms of the stage. “We suspected that squeezing Gramps into Battlefield form would squish him into jelly, so we made this platform instead.” He also showed the stage at various angles to show the many intricate details that players can easily miss in the heat of a match, such as the engine on the underside of the stage. 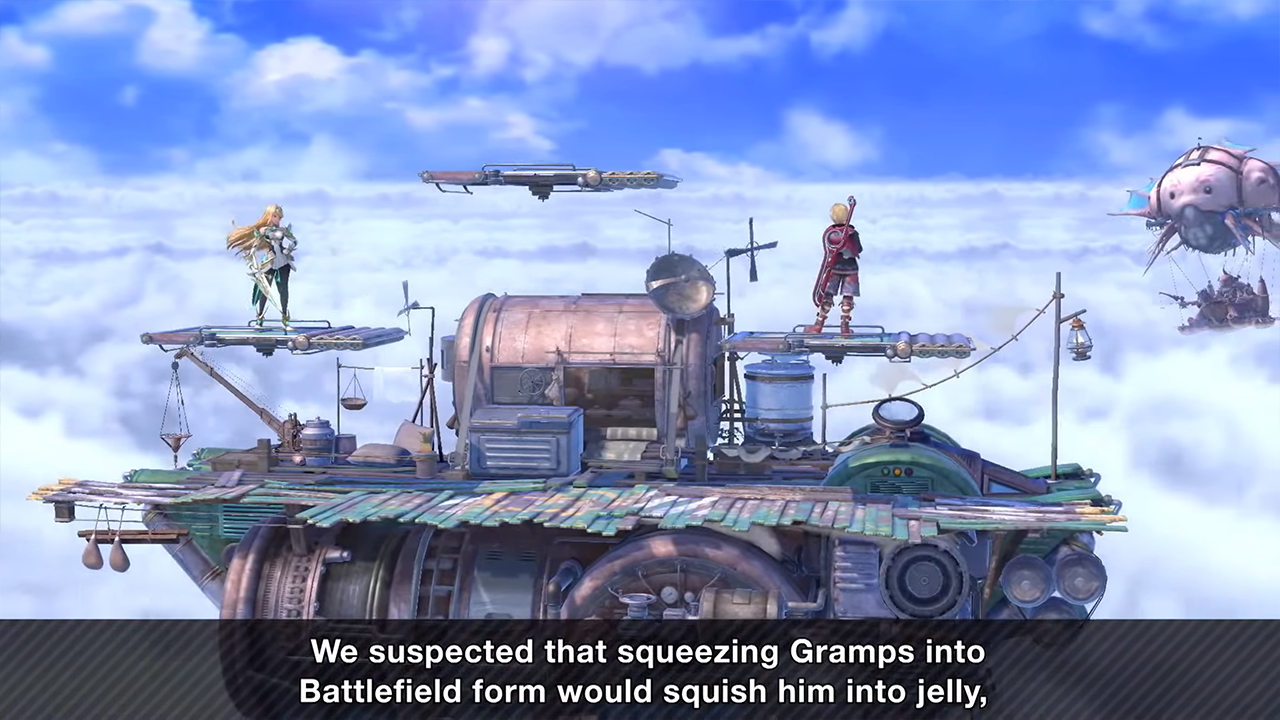 Pyra and Mythra and the Cloud Sea of Alrest stage will soon be available as part of the Super Smash Bros. Ultimate Fighters Pass Vol. 2, or individually in the Challenger Pack 9 DLC.