Kirby’s appearance when he Inhales new DLC fighters Pyra/Mythra in Super Smash Bros. Ultimate has been revealed thanks to this morning’s character presentation.

Kirby is a unique fighter in that he can gain Copy Abilities from opponents he uses his Inhale move on.

As shown in the screenshots below, Kirby will gain either Pyra or Mythra’s hair depending on which he Inhales, along with wittle tiny versions of their swords. 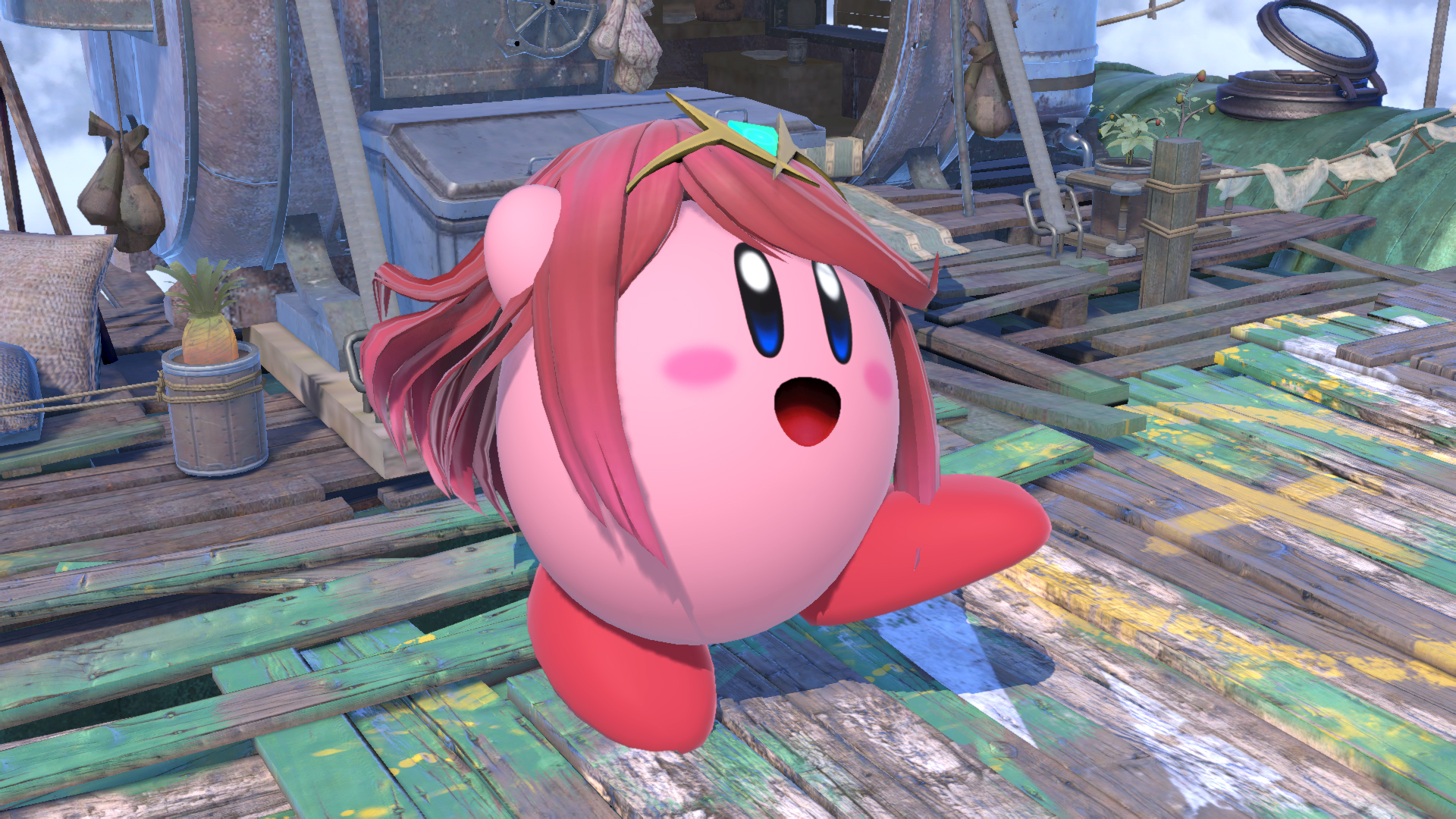 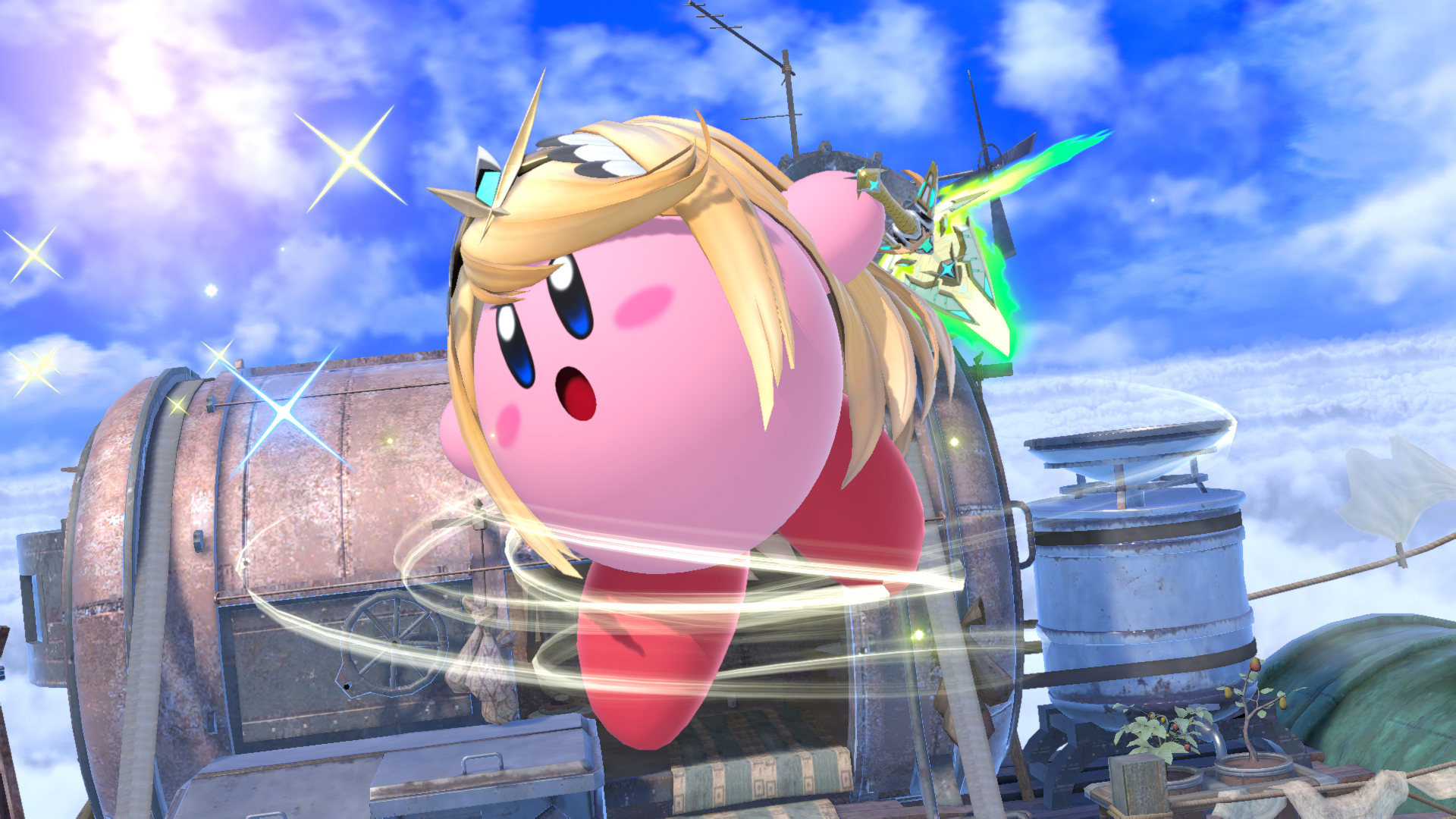 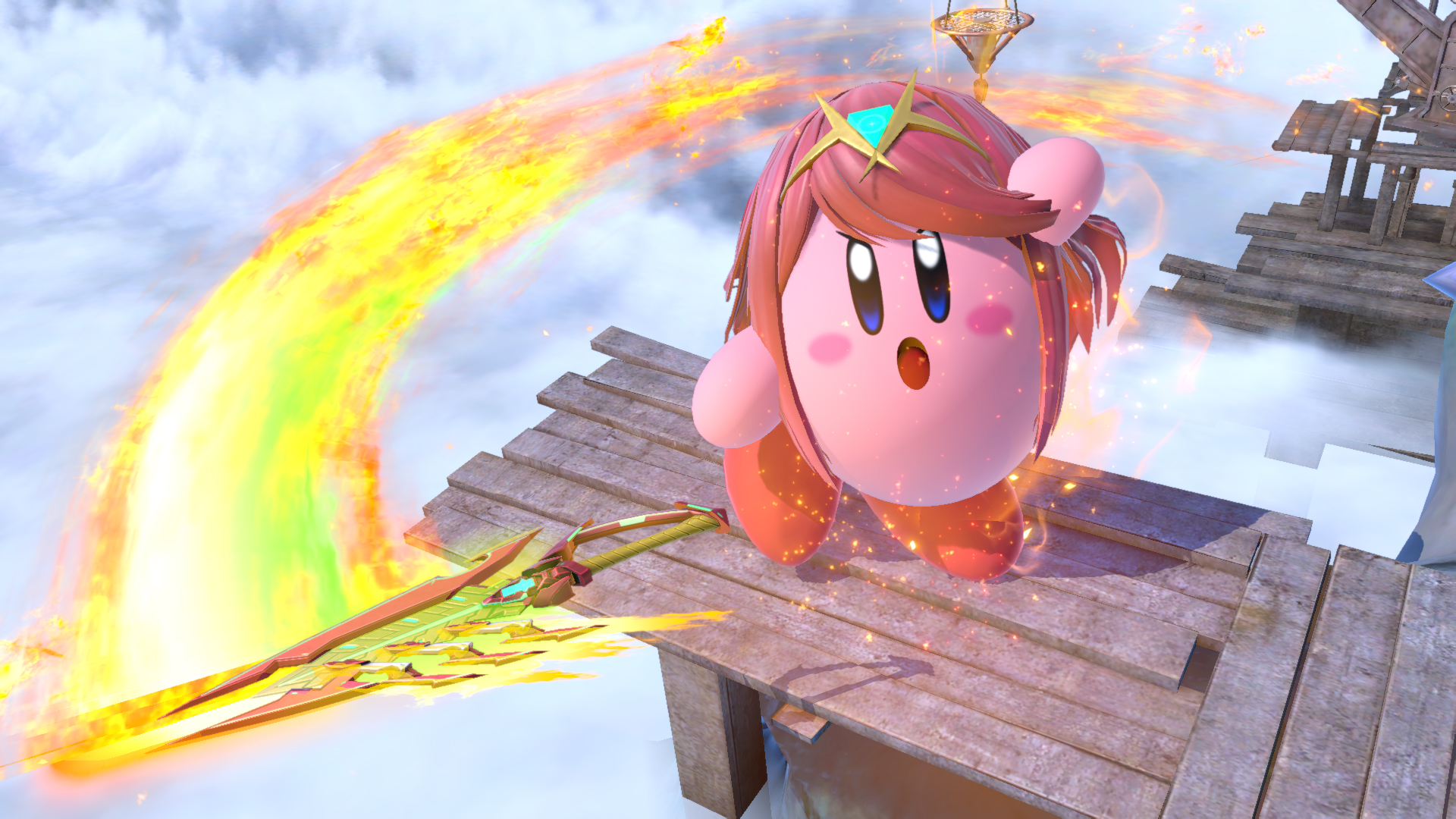 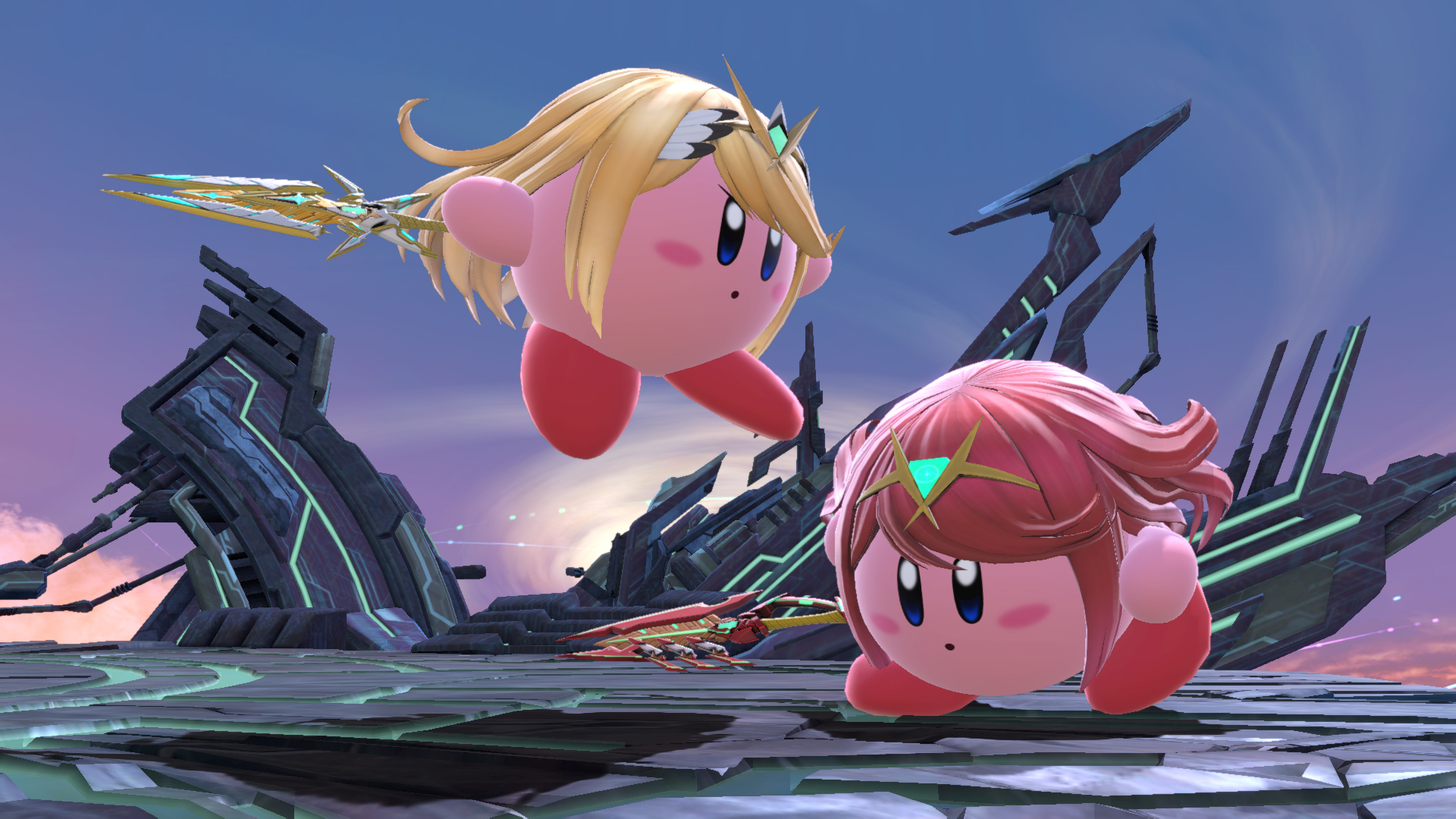 You can start playing with Pyra and Mythra Kirby yourself with the DLC fighters launch later today.

Super Smash Bros. Ultimate players who have already purchased Fighters Pass Vol. 2 can download Pyra/Mythra when they go live immediately; otherwise, they can be bought from the Nintendo eShop or through the in-game menu.