Space Invaders Get Even was a truly interesting spin-off of the iconic alien-blasting franchise. Released in 2008 on the Nintendo Wii, Get Even dramatically reversed the roles of its predecessors by allowing the player to take control of the invaders, piloting a UFO across various landscapes to destroy all life on Earth.

Unfortunately, the invaders’ revenge was short-lived, as the game is no longer available following the death of the WiiWare service. Taito Director Yuichi Toyama recently offered a ray of hope, however, in a recent interview with Wccftech.

“This is another game we’ve considered and if we see enough demand, we’d love to be able to release it,” Toyama says. “The biggest issue with Get Even is the control method: the game was designed to be played on the Wii Remote, so we need to work out a solution to deliver an enjoyable play experience.” 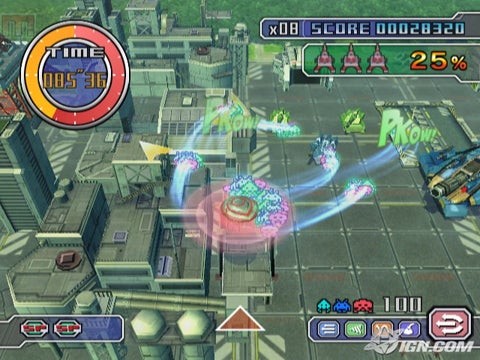 While the Nintendo Switch Joy-Cons do support motion controls, Toyama is right in that replicating the Wii Remote’s specific pointer controls can be a challenge. In the interview, he did suggest one potential way to allow invaders to wreak havoc on a modern system. “We may be able to replicate the controls by making good use of the Nintendo Switch’s touchscreen functionality.” That could certainly be interesting, though reliance on the touchscreen may eliminate the option of playing the game docked.

Finally, Toyama also pondered bringing the concept back to life in a new game. “Or maybe a game in which players become Invaders and invade the earth could be designed differently. For example, how about a game where 55 players come together in formation and invade the earth?” Of course, before anyone gets too excited, Wccftech leaves a reminder that there are currently “no plans” to release such a game.

It’s always sad when digital-only games become lost to time. Here’s hoping this curious little game will see a second chance at invasion in some form one of these days.