Breath of the Wild sequel detail revealed – UPDATE: Not so new after all

System: Nintendo Switch
Developers: Nintendo
Demo Available?: No
More About The Legend of Zelda: Breath of the Wild 2

UPDATE: Looks like this info came from a GamesRadar pamphlet from 2019. Not so new after all. Sorry for the confusion. Original article below:

News on the previously announced sequel to The Legend of Zelda: Breath of the Wild has been scarce since its 2019 debut trailer. Even that content was minimal, with very little context provided for Link and Zelda’s new adventure. Now though, it appears more info could be on the way.

Finally, Link and Zelda return in the eagerly awaited successor to unforgettable action-adventure The Legend of Zelda: Breath of the Wild, with series producer Eiji Aonuma promising a darker adventure this time. Deep within the caverns beneath Hyrule Castle, a new and powerful threat awakens. Can our courageous heroes save the kingdom again? 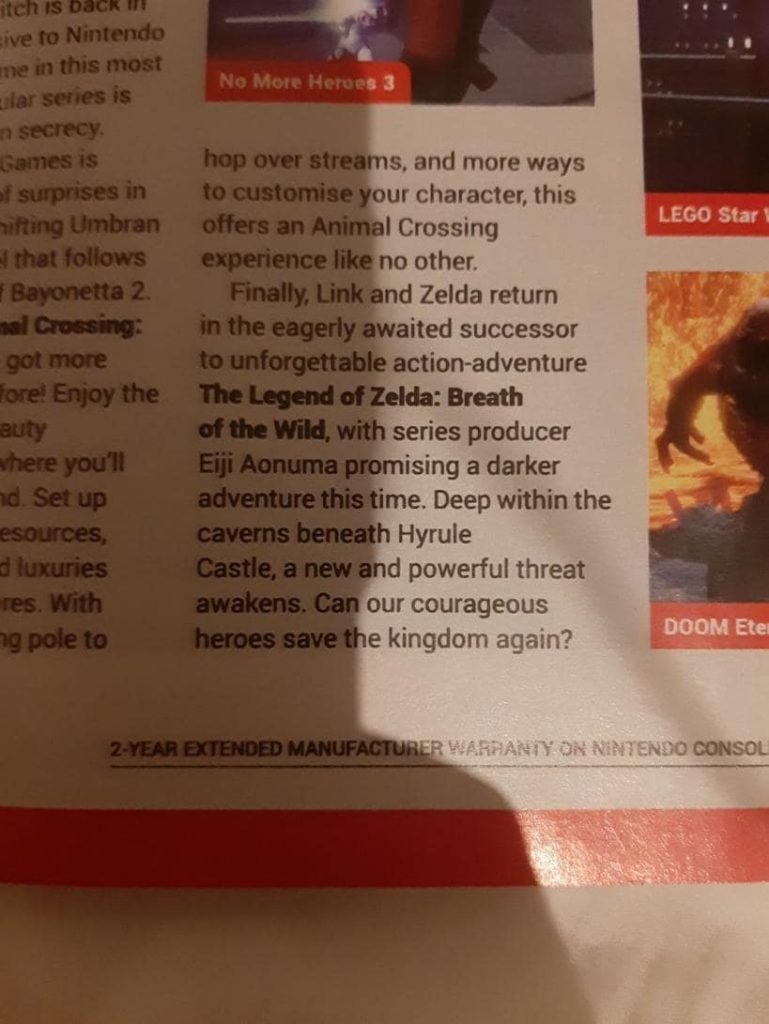 This is the first confirmation stating where that trailer took place, and it reiterates the expected darker tone. It also uses the word “successor” for the new game, rather than sequel or anything similar.

It’s still minimal, and no other signs of this pamphlet (which appears to also briefly feature No More Heroes 3 and Bayonetta 3) beyond this image have been shared. With this month heralding the 35th Anniversary of The Legend of Zelda series, we’ll likely know more sooner rather than later.