Nintendo Minute talks Scott Pilgrim vs. The World: The Game soundtrack with Anamanaguchi 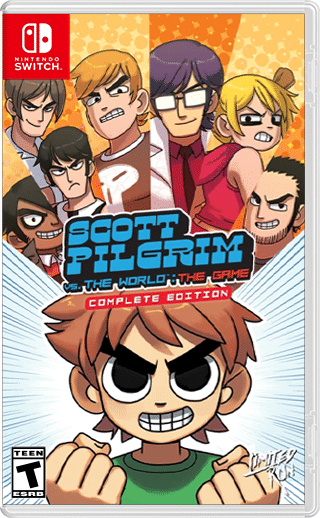 The latest Nintendo Minute has spent all of its never-a-minute run time discussing one of the best beat ‘em ups around – Scott Pilgrim vs. The World: The Game. In honor of the Complete Edition of the game released earlier this month, Kit and Krysta sat down with the band behind the game’s incredible blip bloopin’ soundtrack, Anamanaguchi.

While playing through the game’s first stage, topics like communicating with Scott Pilgrim creator Bryan Lee O’Malley and the experience of developing a game soundtrack (versus an album) are touched on. Likewise, they spend some time on the band members’ favorite songs and the serendipity of how they learned about the original comic.

As a reminder, you can support the band directly and rock out to all this chiptune goodness by picking up the Scott Pilgrim vs. The World: The Game soundtrack from Limited Run Games.