The amiibo news continues! This morning, we spotted that online retailer Play-Asia has added three new amiibo listings to its site and that these are placeholder pages for unannounced amiibo for Monster Hunter Stories 2: Wings of Ruin. 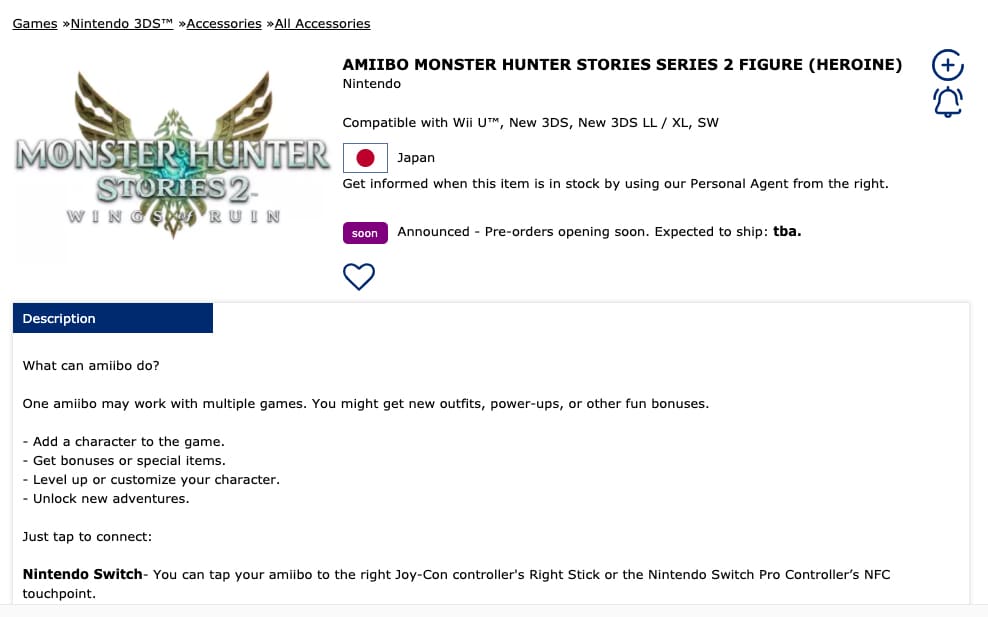 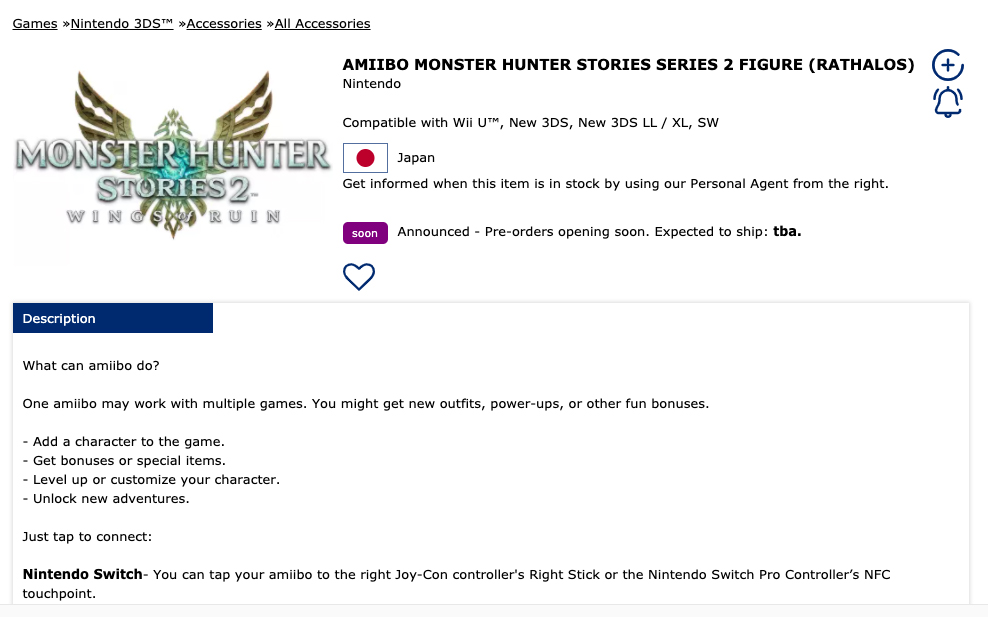 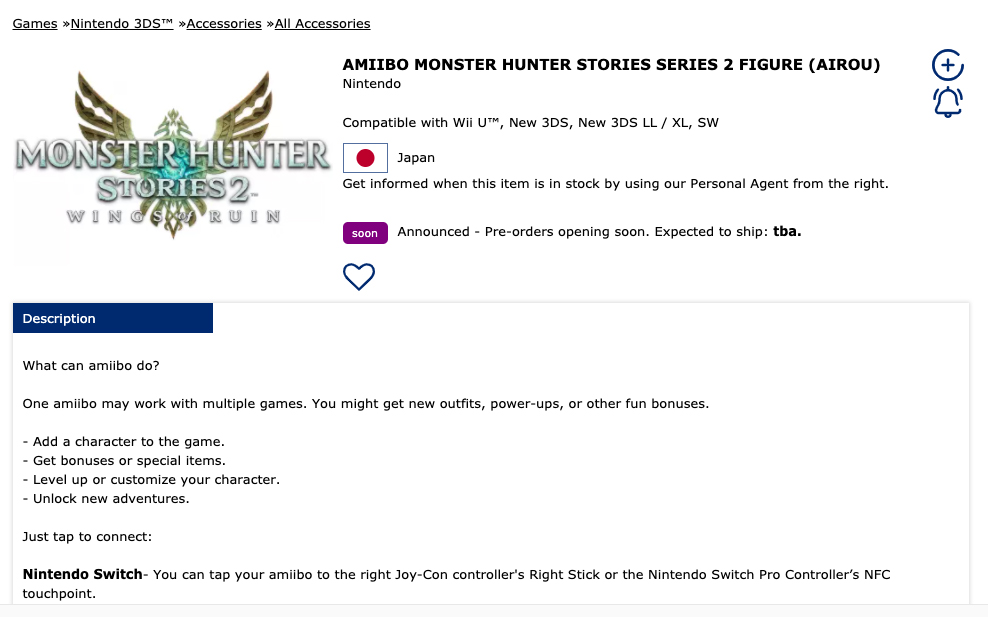 Details about Monster Hunter Stories 2 have been scarce since the game was announced last year. We’ve expected that amiibo functionality would be incorporated into the game like its predecessor on the 3DS and that Monster Hunter Rise would be utilizing the toys-to-life too. Still, the listings only include item numbers, Japanese retail codes, and names of the figures (Heroine, Rathalos, and Felyne). Note: Airou is Felyne’s name in Japanese. No images have been posted and there haven’t been any official announcements from Capcom.

While unofficial, the names of these new amiibo fit with Monster Hunter Stories for the 3DS’s amiibo sets. For now, with the focus on Monster Hunter Rise, we may be waiting for a few months before these supposed amiibo can be officially confirmed.