As the 25th anniversary of the Bokujo Monogatari series comes closer, XSeed is getting ready for a season-spanning celebration. Story of Seasons: Pioneers of Olive Town is launching in just a couple months, but we know know it’ll be receiving monthly crops of post launch DLC all the way into August.

The game’s Expansion Pass will sell for $19.99 and bring new stories, characters, and costumes to Olive Town. You can also bundle up and grab the game and pass together for $69.99 in the Story of Seasons: Pioneers of Olive Town + Expansion Pass set. Those and the base game will be up for digital preorder soon. 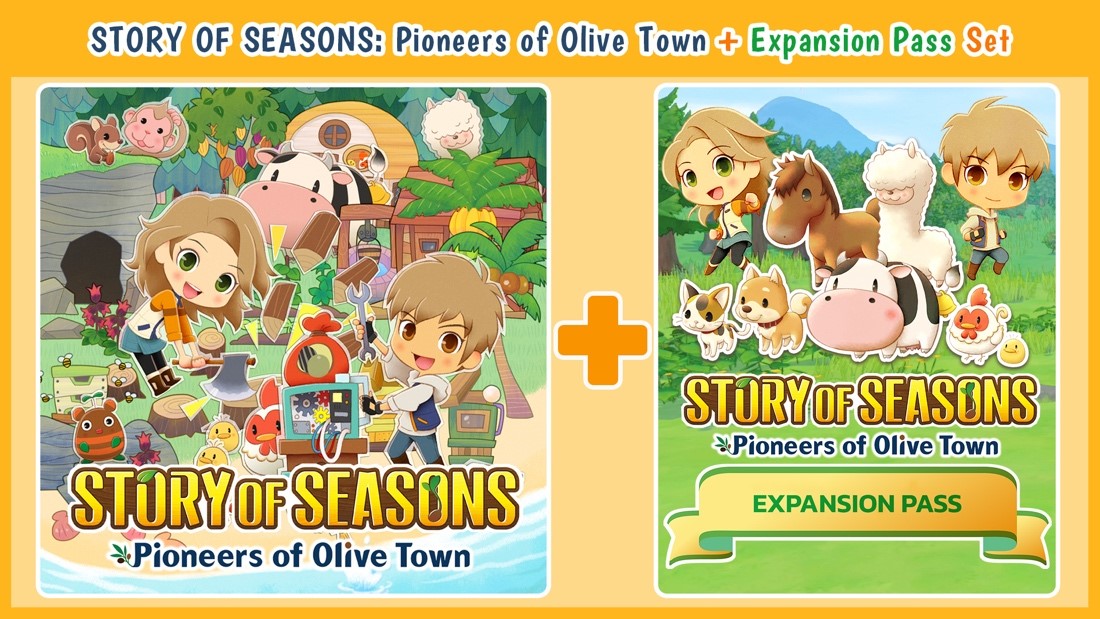 The planned roll out of content, as well as some bonuses for pass holders, are detailed here:

‘Animal Attire’ costumes for the protagonists and marriage candidates

‘Olive Town Mystery Files’ sub-scenario – Join Mikey and Cindy to discover the cause of strange incidents occurring across Olive Town in the very first mystery scenario in the STORY OF SEASONS series!

‘School Uniforms’ costume set for the protagonists and marriage candidates

‘Yukata Set’ costumes for the protagonists and marriage candidates

‘The Legendary Sprite Dance’ sub-scenario – The Earth Sprite Village is livelier than ever, and the sprites are determined to revive their legendary dance and hold a feast…with or without Boss Sprite’s permission!

‘Twilight Isle Expansion Pack’ – Sail to an island bathed in twilight and meet the four characters from STORY OF SEASONS: Trio of Towns that have made it their new home (includes two marriage candidates)

The following costume sets will be available to owners of the ‘Expansion Pass’ at the game’s launch on March 23.

‘Pete and Claire’s Overalls’ costumes from STORY OF SEASONS: Friends of Mineral Town

‘Yuto and Naomi’s Hoodies’ costumes from STORY OF SEASONS: Friends of Mineral Town

‘Henry and Holly’s Western Attire’ costumes from STORY OF SEASONS: Trio of Towns

As can be seen, a big focus is on past Story of Seasons titles. The original, Trio of Towns, and Friends of Mineral Town are all included, making this a perfect get for longtime fans.

Look forward to more details, such as specific release dates and just who’s coming back, in the coming months. The game itself will launch on March 23rd in North America and on March 26th in Europe.