Looks like invincibility doesn’t mean unbeatable in Splatoon 2. The Super Mario 35th Anniversary Splatfest has come to a close, and it looks like the real unstoppable force was the plumber’s most trusty power-up. 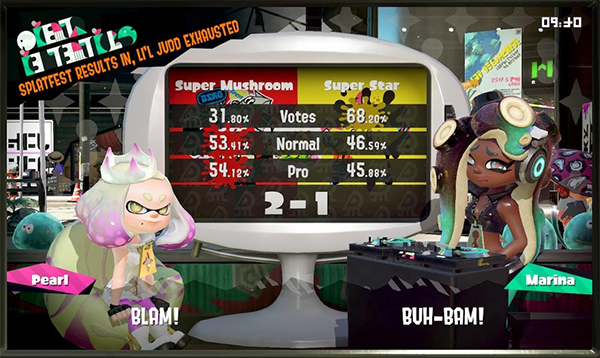 With a giant lead when it comes to clout, Super Mushrooms are standing tall over their shiny opposition. Granted, Super Stars had one thing going for them, but popularity isn’t enough to sway Inkopolis Square.

It’s another win for Pearl and another great time this Splatfest. This could be the final one we get (you know, like the last one), but here’s hoping Off the Hook has an encore on the way.