Super Mario Bros. holiday-themed My Nintendo rewards now available in the US

Earlier this year, Nintendo surprised everyone by bringing physical rewards on My Nintendo back to the West. The Big N has been adding new rewards frequently since then, releasing goodies themed after Splatoon 2, Hyrule Warriors: Age of Calamity, Mario Kart Circuit, and more. It appears that they’re not yet done for the year, as they’ve now released new holiday-themed items just in time for the season! 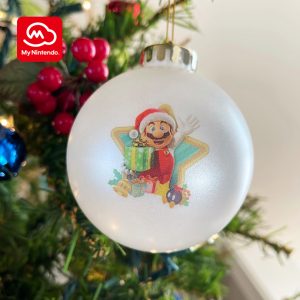 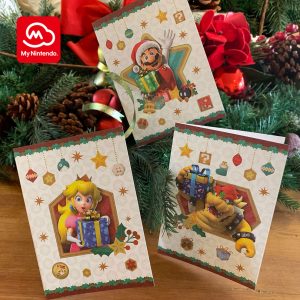 The first of these merry new rewards is a Super Mario Christmas tree ornament. The festive bauble features everyone’s favorite plumber dressed in red overalls and a Santa hat, surrounded by gifts. The ornament is available to order for 800 Platinum Points.

The second reward is a set of three Holiday greeting cards. The cards are also Super Mario themed and feature Peach, Bowser, and of course Mario himself all holding wrapped gifts aloft. The greeting card set is available to order for 300 Platinum Points.

A reminder though, no matter which reward you pick, you’ll have to pay a flat rate shipping fee of $5 plus taxes. We recommend redeeming your physical rewards together and possibly picking out an item or two on Nintendo’s online store to get the most bang for your buck!

Like all My Nintendo physical rewards, these festive goodies are in limited supply, so it’s best to jump on them sooner rather than later if one catches your fancy!