For many, part of the appeal of video games is that they offer us a strong form of escapism, and that’s perhaps epitomized by Dreamo, a game set within a man’s dream coming to Nintendo Switch later this month.

Awakening on an island after a plane crash, players take control of Jack Winslow, who is guided by the voice of inventor/therapist Tara Moreau. Navigating through a literal journey of his mind, Jack seeks the fragments of his missing memories, which are locked within cubes known as “Artifacts.” Each Artifact has misplaced gears, which the player must solve and decipher.

The game features dozens of challenging 3D puzzles, fully-voiced narration, and a three-chapter storyline that, according to publisher Pineapple Works, “explores themes of memory, choice, and consequence.” There is also a Challenge Mode “for players seeking to put their skills to the test.” 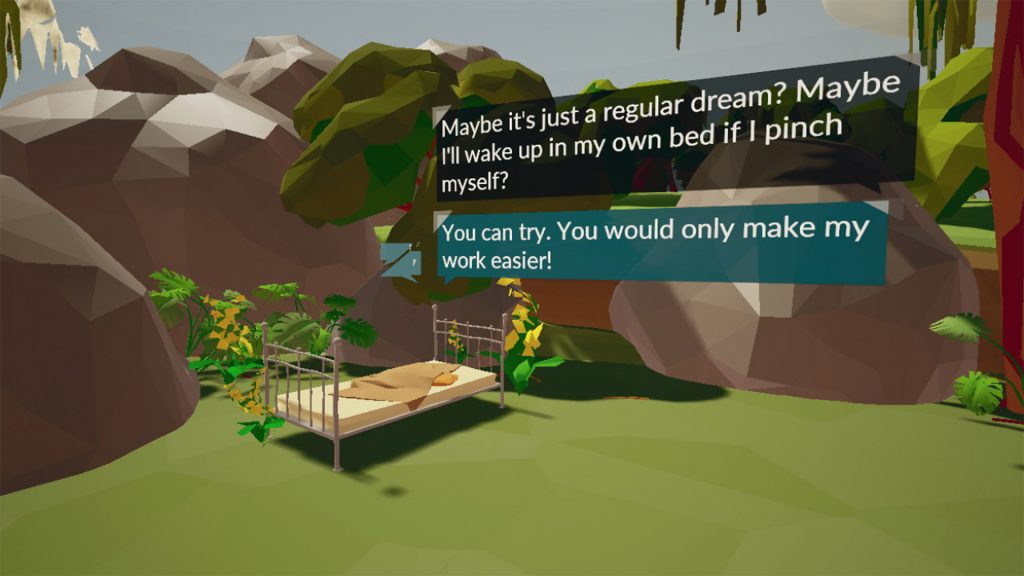 With its first-person perspective, focus on puzzles, and a story-driven by mystery and uncertainty, Dreamo looks to be similar to games such as Portal and The Witness. Developer Hypnotic Ants also cites The Talos Principle, Baba is You, and Fez as influences.