Thanks to Twitters users @PushDustIn and @Sephazon, we now have the full translation for Sakurai’s Famitsu Column #615 (typoed as #651 in the actual text) — where Sakurai himself discusses the inclusion of the newest Super Smash Bros. Ultimate character, Steve.

The translation comes in two parts, in the forms of two Twitter threads, so we’ll be tackling it in order as it’s been presented.

As some of you may remember, earlier this month (on the very 1st to be exact), Twitter crashed in Japan, North America, and Europe. This, of course, was the same day that Steve was announced for Fighters Pass Vol 2, meaning until Twitter came back online, users around the world weren’t able to properly post their opinions on the announcement, and Sakurai was surprised when he realized that he wasn’t able to retweet or follow up on official tweets from Nintendo, or anything relating to the announcement.

When Twitter finally did come back online, Sakurai notes that he came back to an enormous amount of feedback from all over the world. He also makes special mention that Steve would already be released by the time the column comes out, and that he hopes players are finding new ways to fight — and aren’t encountering many bugs.

The topic then moves to Steve’s inclusion, and how Minecraft as a franchise made its way into Smash Bros. in the first place. Sakurai mentions that on the surface, it might seem crazy or complicated to rely so heavily on Minecraft mechanics, it was actually relatively easy to come up with the concepts for the fighter and the stage… thanks in part to Sakurai’s impressive familiarity with and understanding of the game. 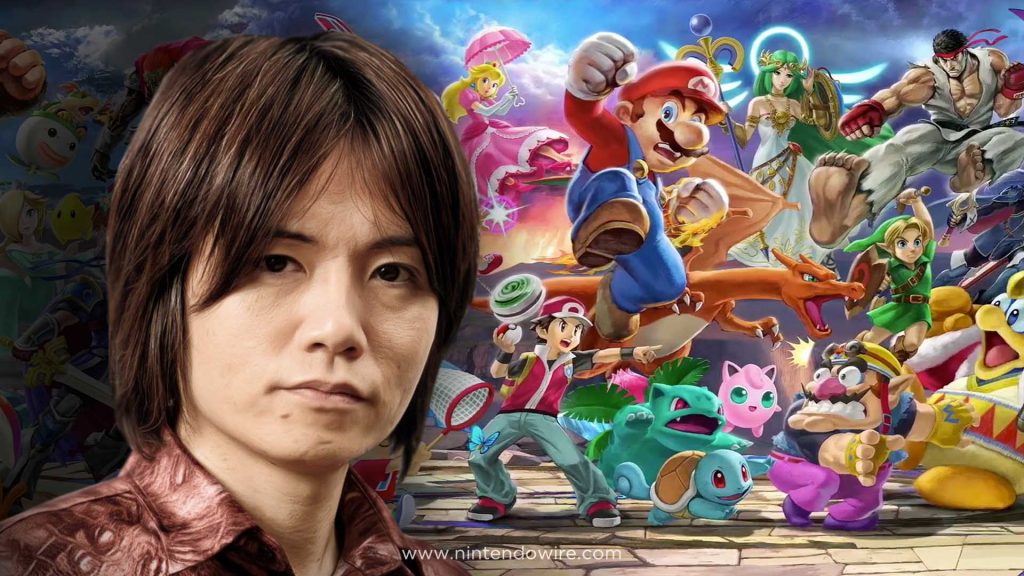 However, he notes, this isn’t always the case. In fact, Sakurai says that the more he relies on the source material for new fighters, the harder it is to create them for Smash and make them fit.

So, when it came time to include Steve, the team had to be very careful to balance what was possible, what make Steve unique, how to keep his charm from the original game, and how to keep him from becoming unbalanced in comparison to the other fighters in the game.

As a result, Steve ended up as a fighter who might feel a bit more difficult for new players. Sakurai even considered making Steve more accessible at one point, due to Minecraft’s massive fanbase, but ultimately decided that by doing that, Steve wouldn’t feel like he came from Minecraft — and that a freshness would be lost. He also says that, since Minecraft is such a complicated game, it only feels fitting that Steve is a slightly more complicated character to handle.

Sakurai then moves on to talk a little bit about the mechanics of Steve as a whole, and says that while Steve might be just one fighter, he’s actually composed of four unique characters: Steve, Alex, Zombie, and Enderman. He’s careful to make it clear that while he considers these unique characters, they are essentially just color swaps of one another and there are no different characteristics among them — including hitboxes. When considering what Minecraft mechanics to bring into Smash with Steve, the main elements of Minecraft — mining, crafting, and placing blocks — were all utilized. 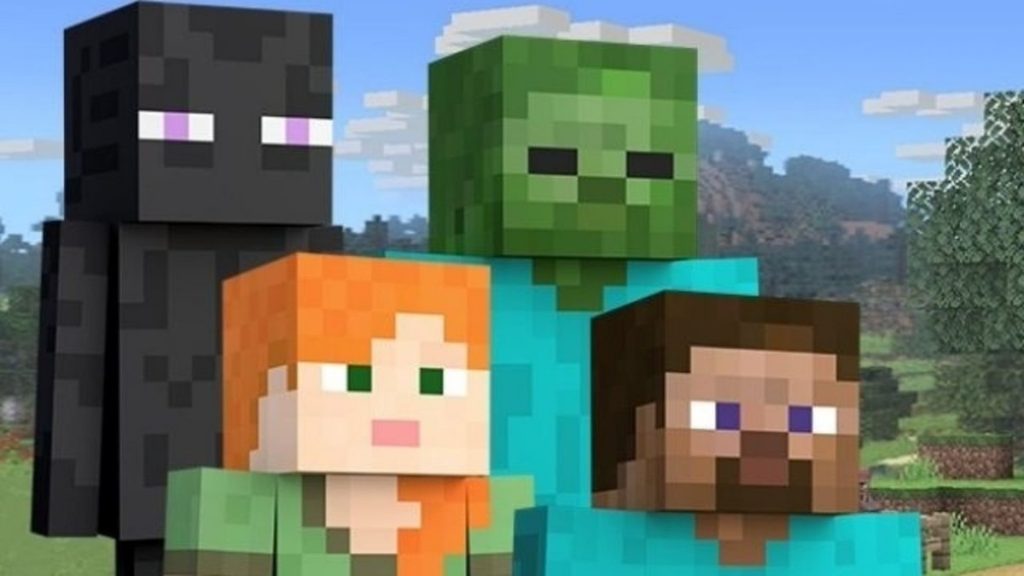 One amazing mechanic idea that was ultimately given up on early in the character’s development was a level editor that allowed players to create a stage in Minecraft and import it into Super Smash Bros. Ultimate. Unfortunately, Sakurai says without hesitation that it was “impossible.”

Finally, the music; Sakurai says that he felt he was in a pinch when it came to Minecraft’s music selection, and what to include in Ultimate. Due to “various circumstances,” original songs couldn’t be used. From a personal standpoint, I’d argue this is probably my biggest disappointment with Minecraft’s inclusion, as Minecraft’s soundtrack is genuinely incredible.

Sakurai says that a few songs were abandoned mid-arrangement, but that ultimately he feels the overall atmosphere of the tracks that were used fit well with Ultimate.

The final point Sakurai makes in his column is how difficult it was to record the “How to use Steve/Alex” video presentation, citing how many elements of the character there were to show. In addition, Steve was created entirely during the COVID-19 pandemic, making development difficult — but wildly impressive. But, despite these hiccups, Sakurai says he’s happy to be involved with various IPs and to continue working on the next DLC — perhaps a hint that the next fighter will be another currently unrepresented franchise?

Only time will tell!

One final side note: Steve is now the second Microsoft-owned character that has become a fighter in Super Smash Bros., but Sakurai notes that while Banjo and Kazooie also falls under the Microsoft umbrella, Nintendo had to deal with an entirely different developer and department for Steve, as those in charge of the two characters differ completely. However, when the idea was presented to Microsoft, they were very pleased with how Minecraft was being represented. 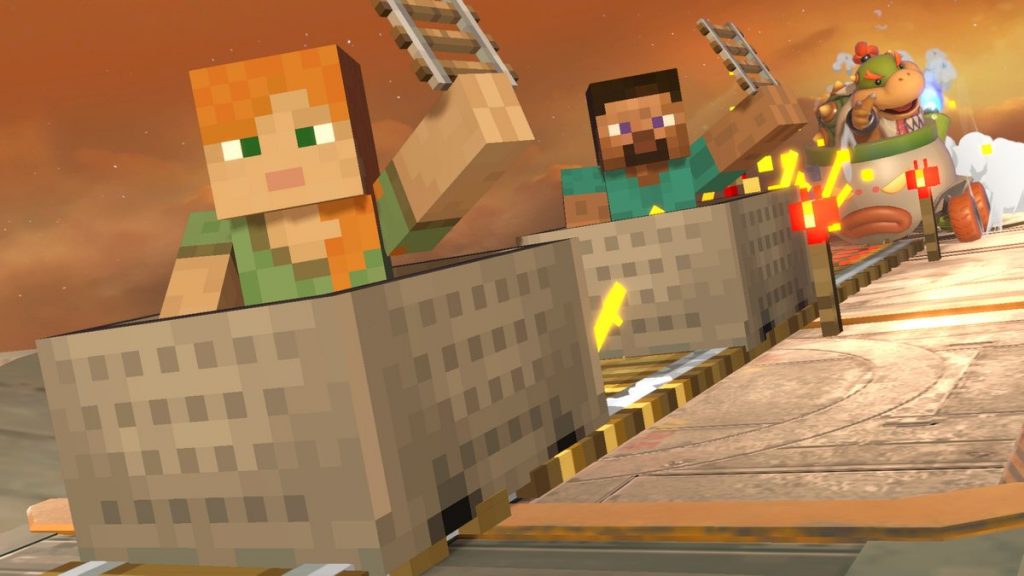 Overall, the translation definitely gives us a bit more insight as a whole into Steve as a character, which I think is both important and extremely exciting. Minecraft is a franchise that people have been saying will show face in Smash Bros. eventually, but I think there are a lot of people that never actually expected it to become a reality — though knowing Sakurai’s familiarity with the game, plus the massive fanbase and IP recognition that it has, it’s easy to see why Nintendo wanted it!

I often see people refer to Smash Bros. as the ultimate love letter to the gaming industry. And, if that’s the case, then I think Sakurai was absolutely right in including Steve — and more importantly, did the character justice.