LEGO Star Wars: The Skywalker Saga seemingly pushed back to 2021

Those wanting to experience the story of the Skywalker family in a galaxy far far away once again might be waiting longer than they anticipate. On Wednesday, August 26th, Wario64 had been notified by fans about a supposed release date change for Lego Star Wars: The Skywalker Saga. This potential delay appeared on Lego Company’s official store page for the anticipated title on a banner on that briefly read “The Skywalker Saga – Coming 2021”.

At the time of this article being published, the Lego Company has reverted its site’s page for the game to simply say “The Skywalker Saga – Coming Soon.” We were able to record our own screen captures of both versions and have included them below, side-by-side: 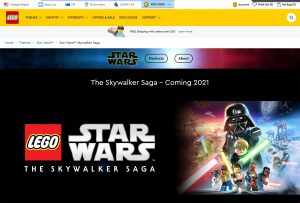 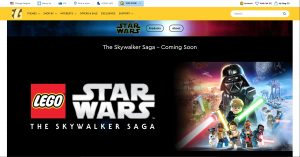 Lego Star Wars: The Skywalker Saga is set to have its first gameplay trailer tomorrow night at Gamescom 2020’s opening night event, and we bet there will be a release date with the new footage. When that trailer premieres, we will be sure to share all the newly available information with you all.