System: Nintendo Switch
Developers: Nintendo
Demo Available?: No
More About The Legend of Zelda: Breath of the Wild 2

We’ve got another potential leak on our hands, and it’s one that raises a lot of questions. French retailer WT&T has posted a listing for a “ZELDA BREATH OF THE WILD 2 COLLECTOR – SWITCH”, suggesting that the highly anticipated adventure will receive a Collector’s Edition, much like its predecessor. 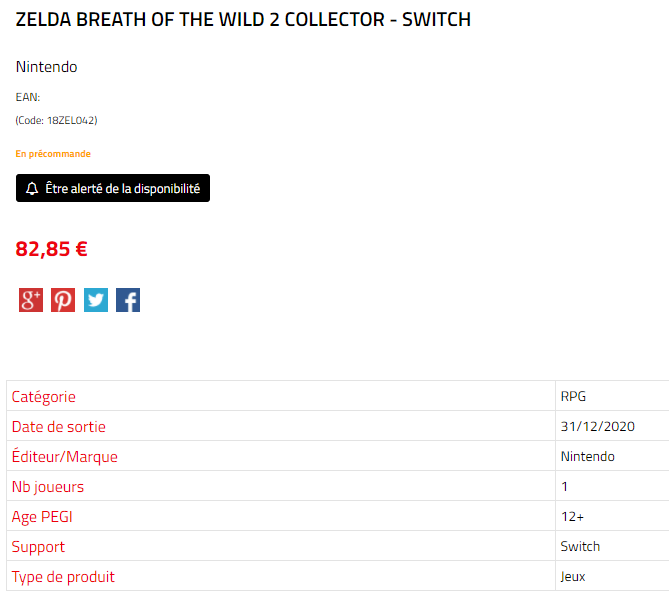 WT&T previously leaked The Witcher 3 for Switch – though it’s worth noting that the listing appeared in December 2018, while the official release of the port wasn’t until October 2019. Even if this rumor does pan out, it’s probably best not to expect an imminent launch.

A more concrete leak that ended up coming true was for Metro Redux, with WT&T listing a February 28, 2020 release date that ended up being accurate.

Naturally we’ll be sure to bring you all the latest on Breath of the Wild’s sequel as it’s revealed.