Sakuna: Of Rice and Ruin – Golden Harvest Edition announced for Europe and Australia

Marvelous Games announced on their site and social media accounts that Europe and Australia won’t be left behind in the rice paddies when it comes to having a limited edition version of Sakuna: Of Rice and Ruin.

Dubbed the “Golden Harvest” Edition, this bundle is fairly close to the previously announced North American limited edition (titled as the Divine Edition). Besides the price and release date, the only major change here is swapping out the omamori (good luck charm) for a double-sided poster. 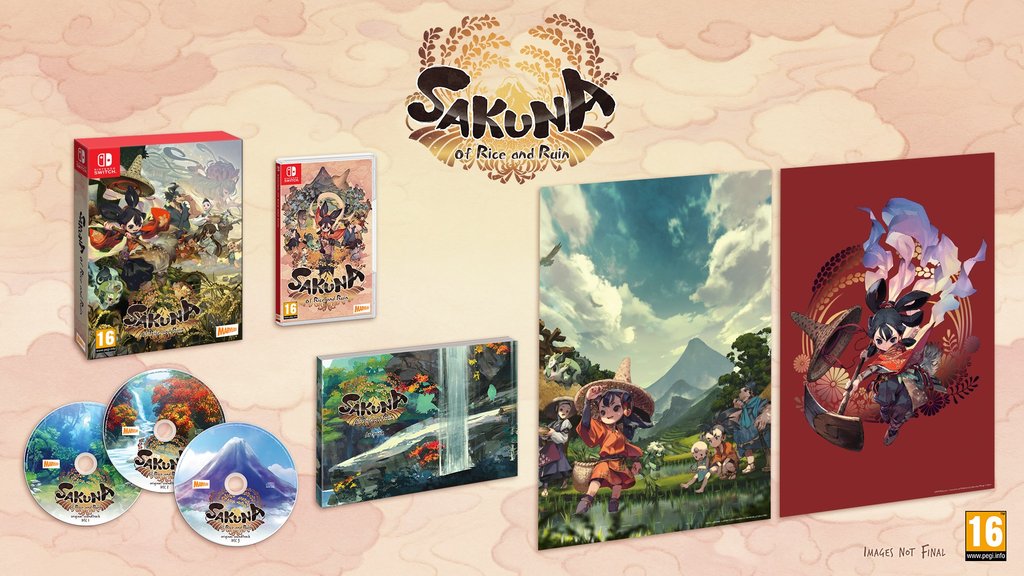 The Sakuna: Of Rice and Ruin – Golden Harvest Edition isn’t available for pre-order yet, but it will “be available to pre-order from the Marvelous Games Store, as well as from selected retailers within Europe, and will have an SRP of £49.99 /  €59.99” in the future. This is all a work in progress, as Marvelous has replied to various tweets on Twitter asking about the limited edition.

We do have plans to make this edition available at retail, and is something we are currently working on, but it is up to the retailers on whether or not they will stock it.

Thankfully, there’s plenty of time for pre-orders to go live as Sakuna: Of Rice and Ruin releases onto the Nintendo Switch on November 20th for Europe and Australia.