Sakuna: Of Rice and Ruin getting worldwide release this November

It may not have been a part of the western Nintendo Direct mini, but Sakuna: Of Rice and Ruin certainly could have fit right in. Featuring a style that lands somewhere between Okami and Muramasa, the game managed to leave an impression that had us waiting for more info. 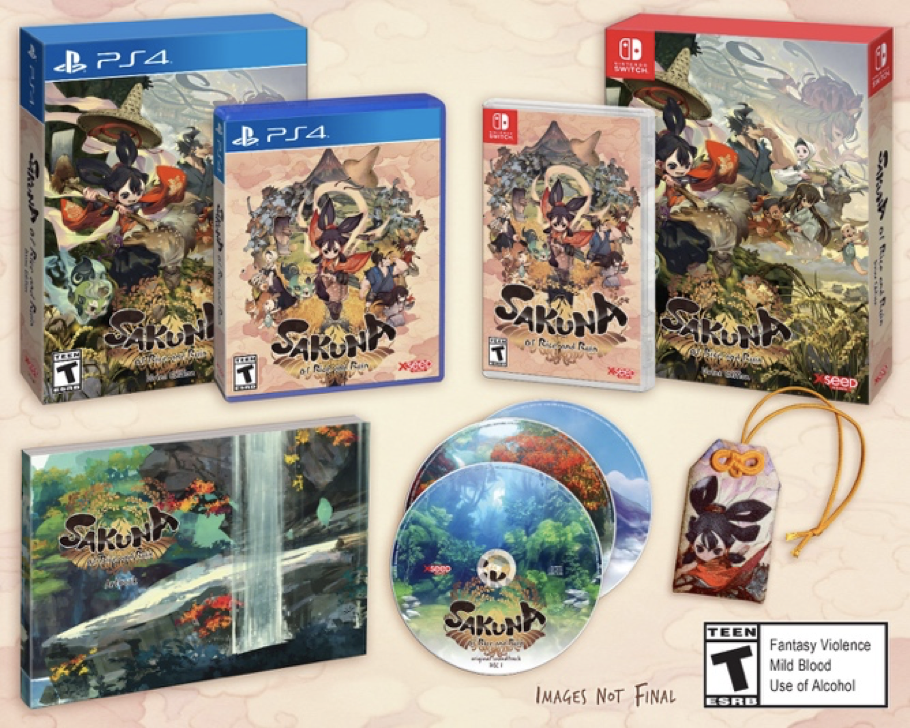 And more info we got, as we now know both when the game is releasing and what will come with its special Divine Edition. Featuring a custom box, a 130 page artbook, a 42 song soundtrack, and (best of all) an omamori. These Japanese good luck charms can serve specific purposes, and in this case it’s for “good luck in combat and farming”.

If you’ve slept on Sakuna, we have a quick description of it and its features via today’s press release:

Developed by Edelweiss, the two-man team behind acclaimed indie darling Astebreed, Sakuna: Of Rice and Ruin combines side-scrolling action with deep crafting and farming simulation. Players take on the role of Sakuna, a spoiled harvest goddess banished to a dangerous island with a group of outcast humans. As she explores the beautiful yet forbidding environments of the island, she will also find a home in a mountain village, proving herself worthy of her title by harvesting rice and bettering the lives of humanity.

Sakuna: Of Rice and Ruin will come to Switch and other platforms this November, with specific dates varying by region. For the US, that means November 10th, with the game retailing for $39.99 and the Divine Edition for $59.99. Japan will receive the game on November 12th, while Europe will get it a little later still on November 20th.