Last month, Dotemu announced that it would be bringing Ys Origin to the Nintendo Switch. The first game chronologically in Falcom’s long running Ys series, the action game won critical acclaim back when it launched for PCs back in 2006 and has endured as one of the fan favourites.

Limited Run Games announced its Switch physical edition back then too, but now the Europe-based Strictly Limited Games has shared its own bundle. 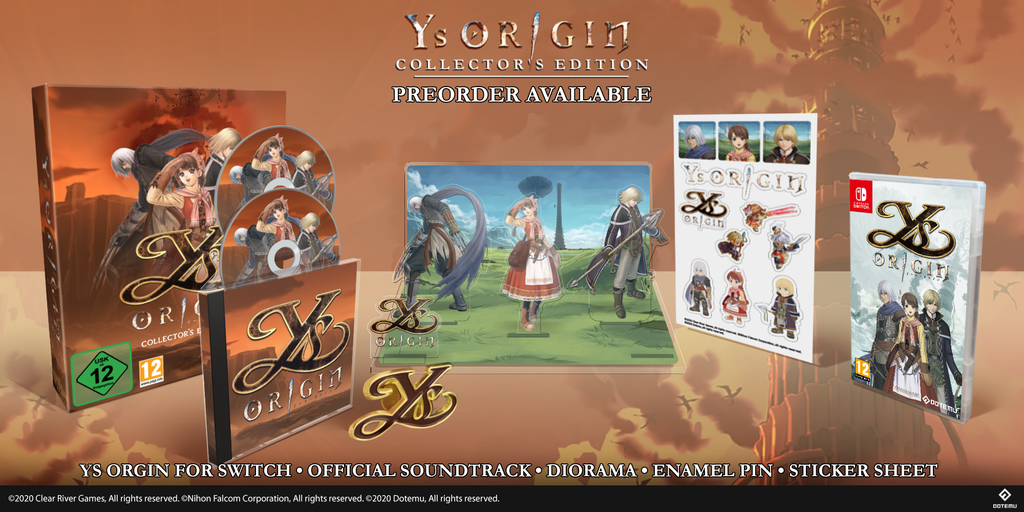 While it also features a soundtrack, it also comes with a few exclusives, like an enamel pin of the series’ logo, a sticker sheet, and even an acrylic diorama.

This edition is available to pre-order via Strictly Limited Games’ website for €44.99 and it’s expected to ship in Fall 2020.