Over the past several years, the Nintendo GameCube has quickly become one of the most beloved consoles for game collectors and Nintendo fans. I personally started collecting GameCube games back in 2010, and over the past ten years, I’ve accumulated quite the collection. While I don’t play these games as often as I would like, from time to time I still pop in Super Mario Sunshine or Pikmin 2 and get a little dose of nostalgia.

Over the past few years, GameCube emulation has come quite a long way, unlocking the ability to play the systems expansive library on a compatible PC. For me though, there’s something missing from this experience as I’ve always been an advocate of playing games on their original hardware whenever possible. Not only will the game run as it was originally intended, but there’s also something a little bit magical about playing a game just the way I remember it from my childhood.

Unfortunately, there are some issues with this method. Over the past year I’ve had to replace the disk drive on my main GameCube and I also resurfaced several of my disks. Afterwards, I came to the realization that my copy of Zelda Collector’s Edition was so damaged that it would never play again. As time goes on, these issues will inevitably become more and more common as components begin to wear and eventually break down completely. Don’t even get me started on disc rot, which will one day come for all of our beloved disk based games.

Thankfully, there are several solutions currently on the market that will extend the life of your beloved GameCube while giving it quality of life improvements that you never knew you needed.

Disclaimer: The GC Loader was provided to us for review. The opinions below are strictly my own. You can pick up your own GC Loader via Black Dog Technology.

As I mentioned above, disk drives fail. The more you use them, the more those moving parts wear out. Having a disk drive also means, you know, using disks to play your media, which can be slow and, depending on the condition of your disk, glitchy. Enter the GC Loader: the first of its kind Virtual Disk Drive for the Nintendo GameCube. The GC Loader physically installs inside the GameCube where the disk drive once sat. That’s right, in order to install this bad boy, you need to get your hands a little dirty. 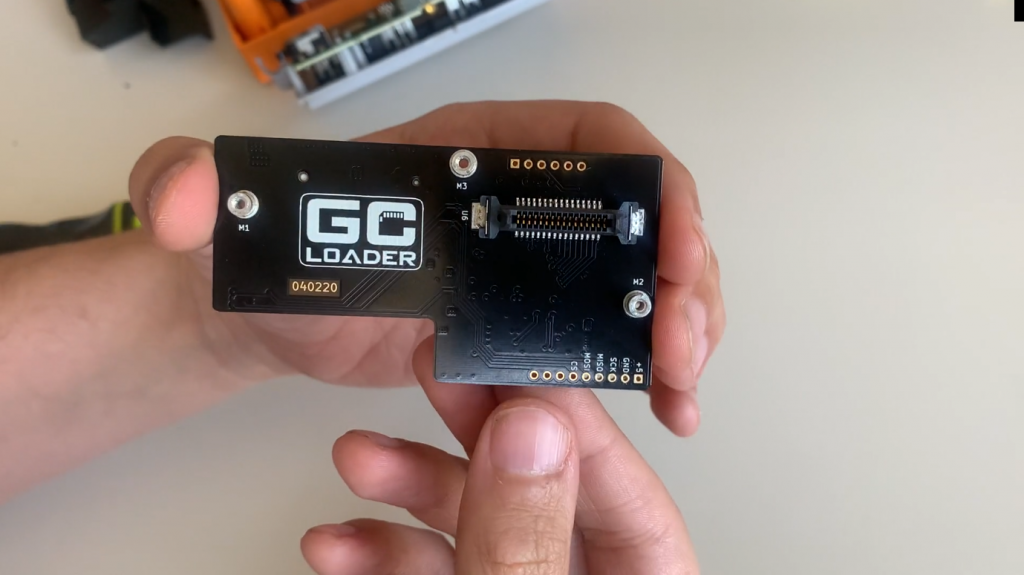 Before we get into the installation, let’s talk a bit about what the GC Loader can do, and why you might want to get one. The GC Loader is a small circuit board with a SD card slot. Simply remove the GameCube’s disk drive, attach the GC Loader in its place and put it all back together again.

(Okay, it’s a little more complicated than that. Check out my video below for the process.)

With the help of a little piece of homebrew magic called SWISS, your GameCube now has the power load homebrew, it runs significantly better Game Boy Player software, and most importantly, it runs legal backups of your GameCube library.

Alright, let’s just get this out of the way. YES. You can run unauthorized backups from this thing, however, I do not condone this practice. Each and every game running on my GC Loader is a backup from my personal collection. Once again, Nintendo Wire does NOT support software piracy. With that out of the way, let’s continue.

Because the GC Loader is emulating a genuine GameCube Disk Drive, the compatibility is near 1-to-1. I have not encountered a single game so far that has given me any trouble whatsoever. In fact, games tend to load faster than what you might be accustomed to due to the lack of any moving parts. The device supports a wide variety of memory card sizes, even supporting  memory cards as big as 1TB. Technically, if you own the entire North American GameCube collection, you could technically fit all of it on one card! 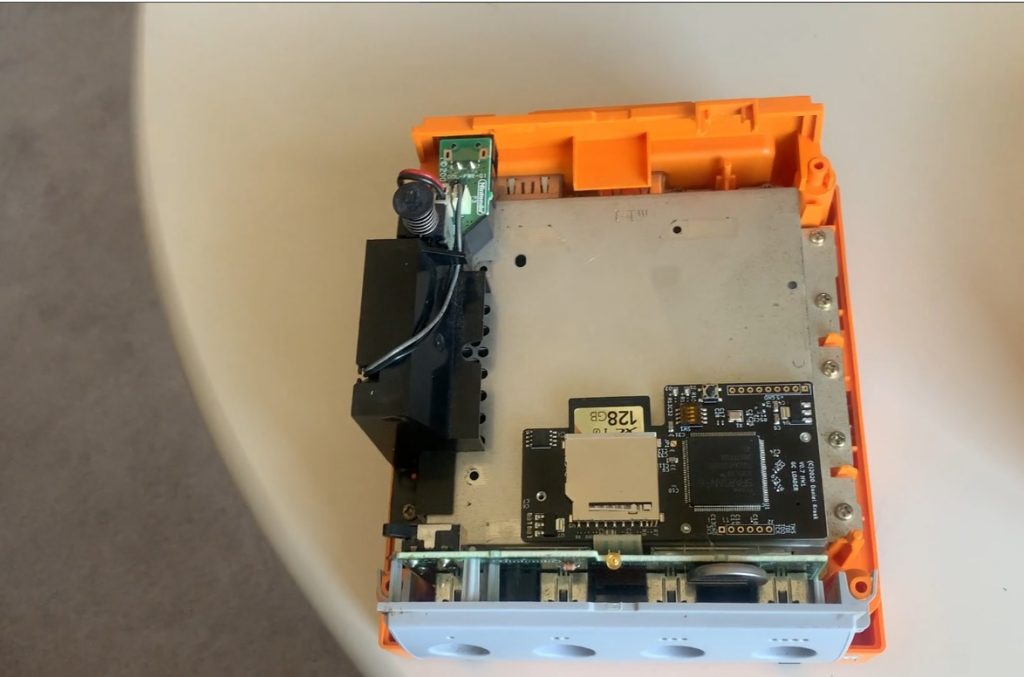 My absolutely favorite feature of the GC Loader paired with Swiss is the improvements that it can give your original Game Boy games. I’ve been a Game Boy collector for a long time, but playing them on my GameCube often left something to be desired. (Not to mention, even if you have a Game Boy Player, you also need an incredibly rare disk to use it.) The Game Boy Interface (GBI) fixes all of that. No more disk, no more snotty upscaling. GBI offers a wider variety of scaling options, including some very nice 1-to-1 options for purists. You can swap out the aspect ratio, make custom borders, and change the resolution and frame rate to best suit your playstyle. If you own a Game Boy Player and want to play some GBA or GBC games on the big screen, GBI is a must!

Long story short, the GC Loader has been an absolutely flawless experience for me so far. Truly one of the easiest mods I’ve ever done that adds a huge amount of value. Coming in at around $100 though, you definitely want to consider how much GameCube you plan to play. For die-hard GC fans though, this one is a no-brainer!

Now that you have your entire GameCube collection in one spot, how are you going to output your games on your fancy TV? Well, you have a few options. You might have seen some cheap-o HDMI cables for GameCube floating around on Amazon, but they are not worth your while. At best, you will get a poorly upscaled mess, not a Progressive Scan signal. You could drop $250+ on the official GameCube component cables (If your TV even supports component anymore), but those are hard to find, and crazy-expensive. So what if I told you there was a better way?

A true digital signal, utilizing the GameCube’s own digital delivery system, for around $150. It’s true! The EON GCHD Mk-11 is a plug-and-play HDMI adapter for your digital out enabled GameCube. (Nintendo removed the digital out port on later GameCube revisions. Make sure your system has this port before you purchase.) 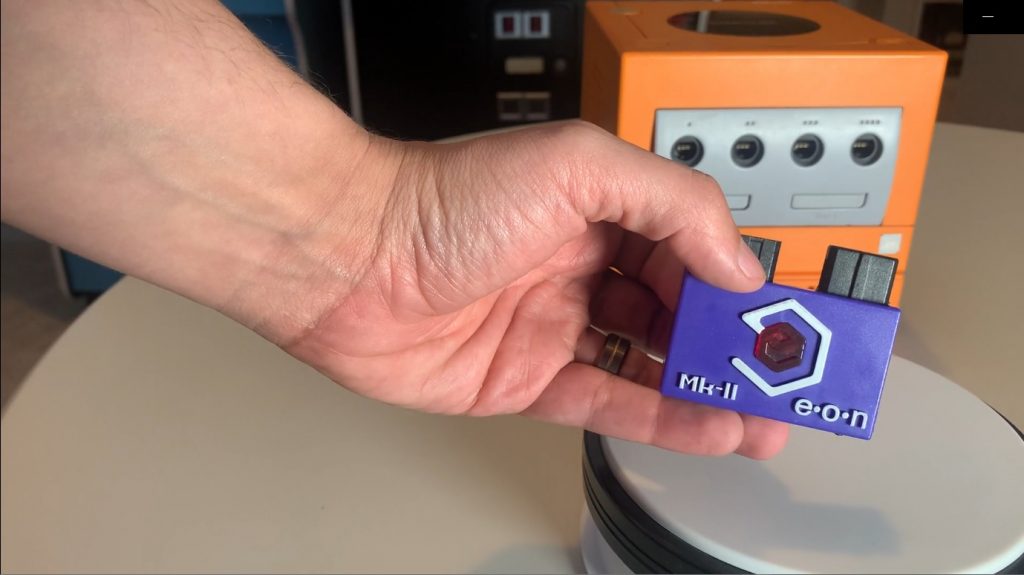 The EON GCHD takes the raw digital signal from the GameCube and converts it to HDMI. This allows you to easily pass through the true 480P signal source directly to your TV. Unlike the official component cables, the EON GCHD does it all, sound and video, all with one plug. It’s incredibly easy to set up, and an absolute godsend for playing your original hardware on modern displays. $150 might sound steep, and for many gamers I’m sure it is, but like the GC Loader, it really adds some incredible quality of life updates to your aging system.

The GC Loader and EON GCHD are godsends for fans of retro hardware. While these products might be geared towards only the die-hards, it’s amazing that there’s such an active group of programmers and designers who are keeping these old systems alive. If you’re looking to breathe some life into your old systems, you can’t go wrong with either of these products. And if you’re looking for a more causal experience, there are definitely cheaper alternatives to be found.

You can find more information about the GC Loader here.

Pick up your very own EON GCHD via GameStop.