18 music tracks from ARMS are headed to Super Smash Bros. Ultimate when Min Min and her stage arrive next week as part of the Fighters Pass Vol. 2 DLC.

The announcement was made during this morning’s Mr. Sakurai Presents presentation on Min Min, where this graphic was also shown: 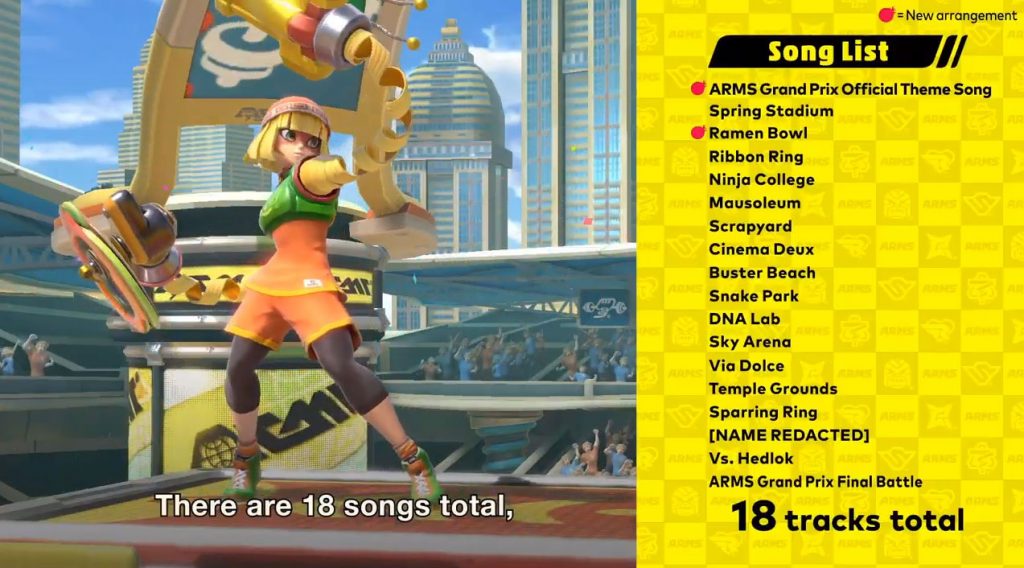 The following ARMS music tracks will play on the new “Spring Stadium” stage:

Players can enjoy all 18 of these tracks when Min Min and Spring Stadium launch next Monday, June 29th.