Among Animal Crossing’s passionate fanbase is a desire for cutesy merchandise showing off their favorite characters. Yet, when you have a game series that has over 400 characters, it’s likely that not every animal will get the spotlight. With Animal Crossing: New Horizons adding brand new characters to the franchise, we now have more characters to fawn over.

Currently, official merchandise of New Horizons is extremely limited. To date though, no plans for a plush line featuring characters in their new island styles have been announced, so it’s up to the fan community to make their own. Or, you can be like Twitter user @kkmaple and just throw out a tweet about how Build-A-Bear should make an Animal Crossing line happen. With enough traction, seeing the company’s official Twitter account respond is pretty darn exciting:

Will we see a Build-A-Bear line of Animal Crossing plushies? The reply isn’t an official announcement and things could be scrapped early on due to licensing disagreements, but there is a chance. This won’t happen overnight though, as licensing takes time to acquire and then prototyping and manufacturing adds on even more time to the process. Luckily, there are quite a few factors that fall in-favor to the collaboration. For one, Animal Crossing’s charm of cute animal designs means there are plenty of characters to pick from. The series’ latest game, New Horizons, has sold over 13 million copies worldwide and has a growing new fanbase that would be up for buying merchandise. Also, you have to consider the success of previous game-themed Build-A-Bear lines (Pokémon and Super Mario), and from those partnerships there’s already a solid foundation of customer feedback and interaction with Nintendo.

Since Build-A-Bear is listening to fans online and probably has a few employees who have been cultivating their dream islands, I have a suggestion: If you’re able to secure the licensing and are trying to figure out which character(s) will be part of the line, I nominate Daisy Mae to join in the plush transformation. Throw in a little voice box where she can sing her “Turnips, turnips~” song and you’ll make more bells that way — forget playing the Stalk Market! 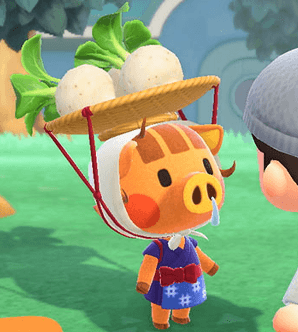 What characters would be a must-have for you? Are you open to joining the Daisy Mae fan club here? Let us know on Twitter, or even send Build-A-Bear a tweet or two about who you want to see!