Recently I had the privilege of reviewing Murder by Numbers, a fantastic indie that brought together visual novel detective work and classic nonograms. I found myself hungry for more logic and numbers once that was done, and thankfully Jupiter has answered the call with their fourth installment in the Picross S series of games.

It’s as straightforward as things can get — a whole lot of puzzles from a company that’s been fairly synonymous with them since Mario’s Picross back in 1995. With all that experience comes plenty of understanding of features that make an enjoyable time no matter how you approach them. Plenty of in-game hints can be toggled on and off, and if normal Picross doesn’t cut it you’ll find multiple types of puzzles to count out that, when put together, make Picross S4 the biggest batch of nonograms yet.

Among them are standard Picross, Mega Picross, Color Picross, and Clip Picross as well as the super sized Extra mode. These’ll all be familiar to anyone who’s kept up with the Picross S games, but they all task you with keeping track of squares, lines, numbers, and more to turn a blank grid into a picture. As a methodical brain teaser, it’s a fantastic option and was exactly what I was looking for in the way of light mental stimulation. With a North American release of the latest Brain Age still MIA, it’s a great time to test your mind with these 485 puzzles. 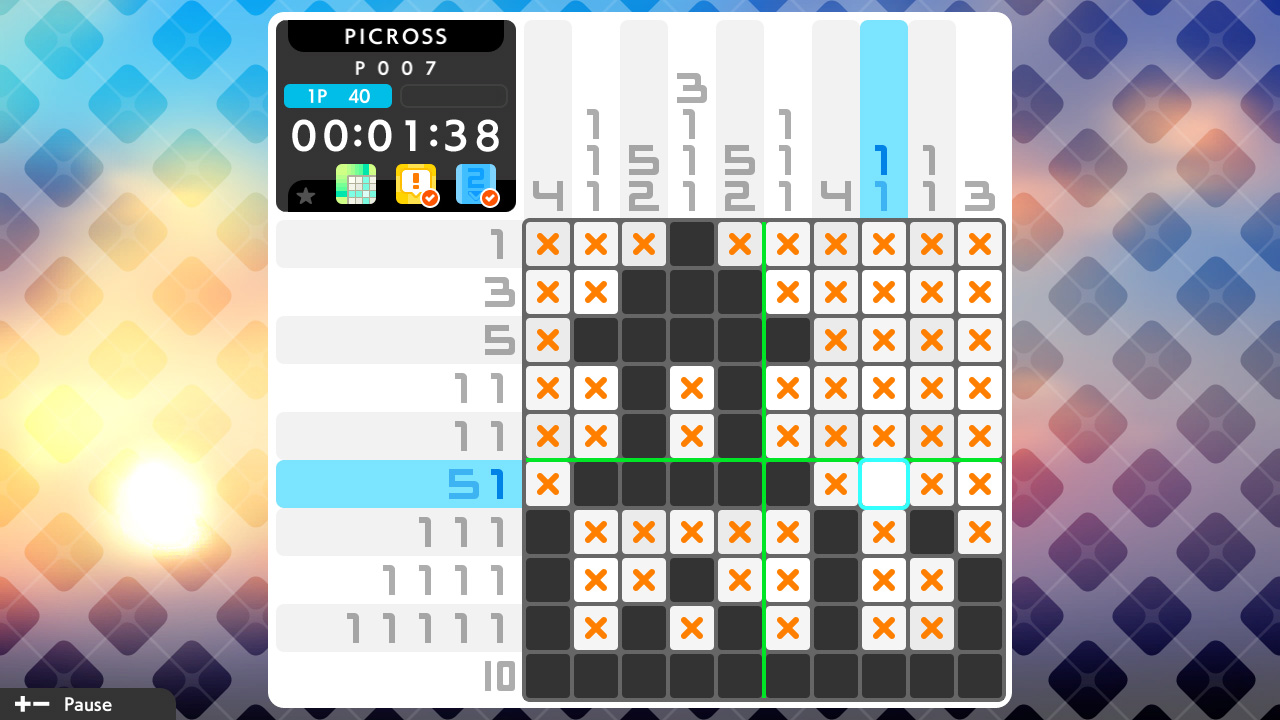 Standard Picross forms the backbone of the game and needs no real elaboration — though the game does provide tutorials for each of its modes for the unfamiliar or rusty. Mega Picross adds a degree of lateral thinking by more or less “merging” pairs of lines together when it comes to clues. There’s a satisfying “aha!” element of each type, but it might’ve been most pronounced in Mega.

That said, Color Picross stands out as a particular favorite. The simple addition of different hues and tweaked rules is enough to make these grids fresh again. It’s a shame there’s so few of them in the game compared to the other modes.

Lastly, Clip Picross works as a sort of collage of puzzles unlocked from the other mode, serving as a capstone to your reasoning. It doesn’t offer much in the way of variety, but checking in when I’d unlock a new “piece” fit right in to the flow I found. 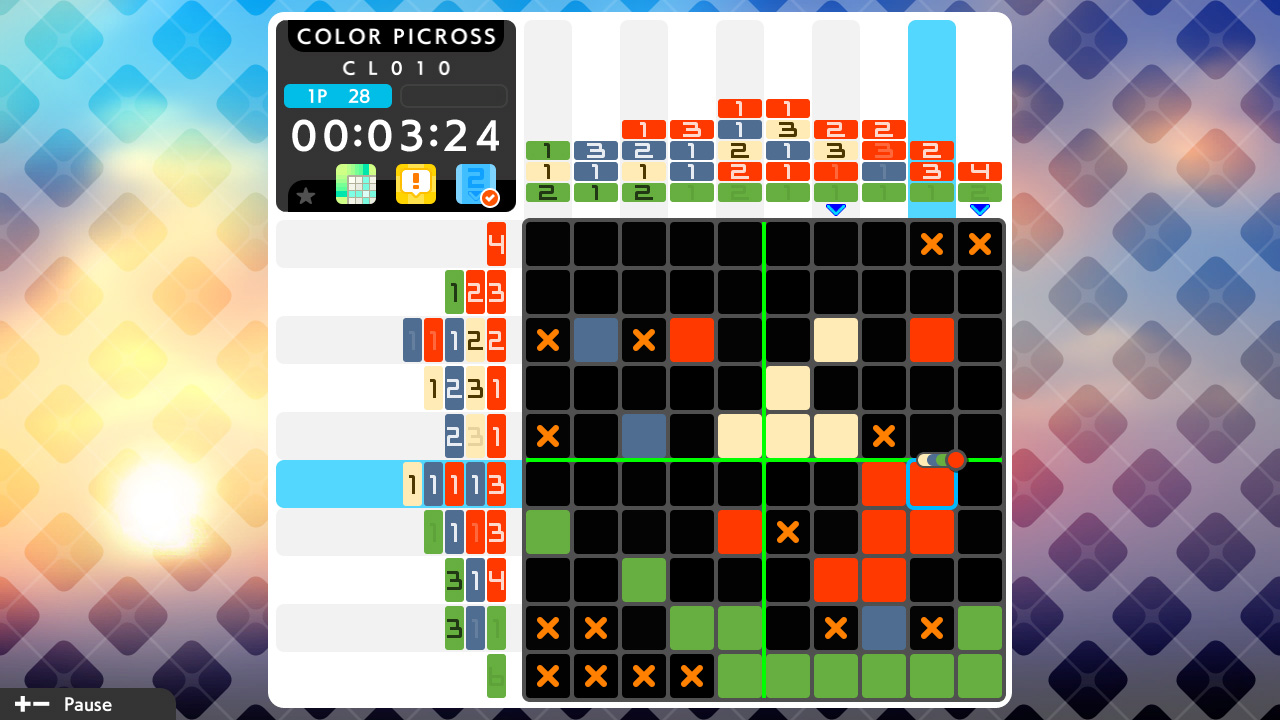 Speaking of unlocks, Extra mode has some special puzzles for those who’ve picked up the rest of the Picross S series. You’ll get a few of these all big, 30×30 nonograms in the base game, but if you want to see them all you need to have 1, 2, and 3 game data as well.

Each mode has their pros and cons, and I found cycling through them helped hold off the biggest problem with this and any other game like it: repetition. This is a no-frills and fairly minimal game, both in terms of what you do and the sights and sounds that accompany it. If you’re the type to get excited at the idea of Picross, you no doubt have a certain degree of patience and are prepared for this. If not, it’s still a worthwhile pickup, particularly at its $9.99 price point.