People can find comfort during trying times in the oddest of places. For many of you, that’s likely Animal Crossing: New Horizons and by all means keep enjoying that delightful game. If you want something a little more narrative driven that’ll stimulate your puzzle solving skills, however, Mediatonic has got you covered with a gaming hybrid I never knew I needed. Bringing together visual novels and nonograms in a 90’s Hollywood setting, not to mention a soundtrack that just won’t quit, Murder by Numbers is a unique and undeniable joy.

The story of Murder by Numbers is centered on Honor Mizrahi, an actress in a detective TV show who gets drawn into real and unexpected deaths that need to be unraveled. She does this with the help of SCOUT, a lovable robot equipped with various crime solving tools and information but no memory of where they came from. These two make a likable pair, both growing with each murder they’re faced with and plenty of backstory that’s steadily revealed from case to case as well. 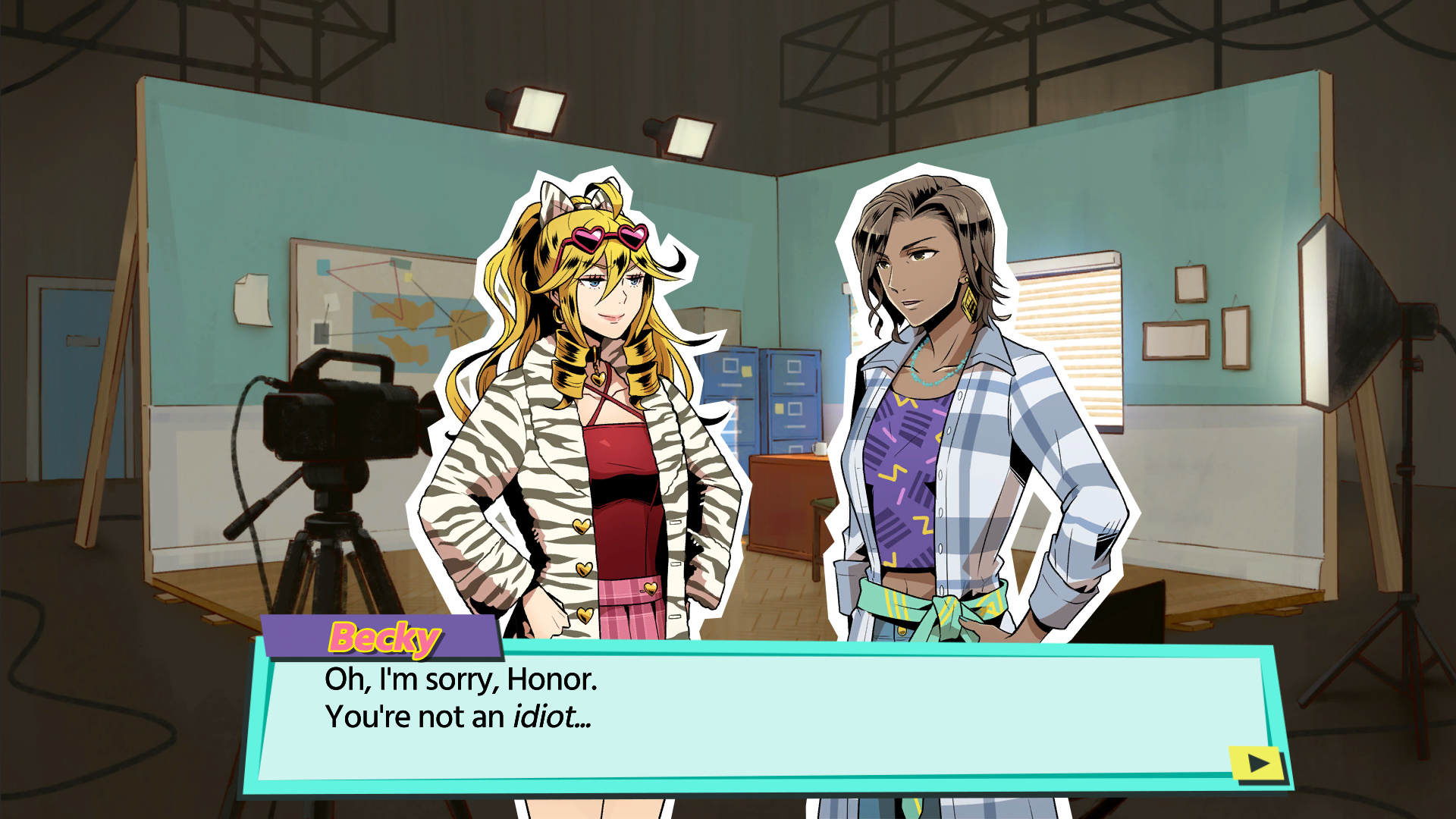 Alongside them are a growing cast of allies, victims, suspects, and more that would do the Ace Attorney series proud. With colorful personalities and their own backstories and motives to learn about, meeting the lot of them made each case distinct even with the recurring characters at their core. They’re not all equal or have the same amount of time to get fleshed out as they would have in other, similar games, but what’s presented is done well both within their episodes and the game as a whole.

While many of your interactions with these characters follow the rails of the story, with there being opportunities to reply from a list of choices or present a piece of evidence to get responses, the game’s writing is consistently entertaining (and occasionally sassy) while also touching the heartstrings in its more serious moments. Themes of identity, toxic relationships, and the omnipresence of murder keep the game grounded and reflective. There’s plenty of humor to be found, and SCOUT in particular becomes an innocent font of gumshoe references and well timed tension cutting – a perfect sidekick for all these puzzling events.

Use your CPU, look at every clue

And puzzling they are, as the the majority of Murder by Numbers’ gameplay is spent identifying clues via nonograms. Picross fans rejoice, as there are plenty of these puzzles to test yourself on. The game does a decent job of introducing general strategies which were able to get me through the first few cases with only a few hurdles to speak of, but by the third it’ll take some keen logic and/or guesswork on your part to get further in the game. If things do prove difficult, there are multiple types of hints and assistance to lean back on with the only penalty being to your end of chapter ranking. Higher rankings unlock more puzzles and SCOUT’s memories, so it’s worth doing your best if you want to see and do everything. 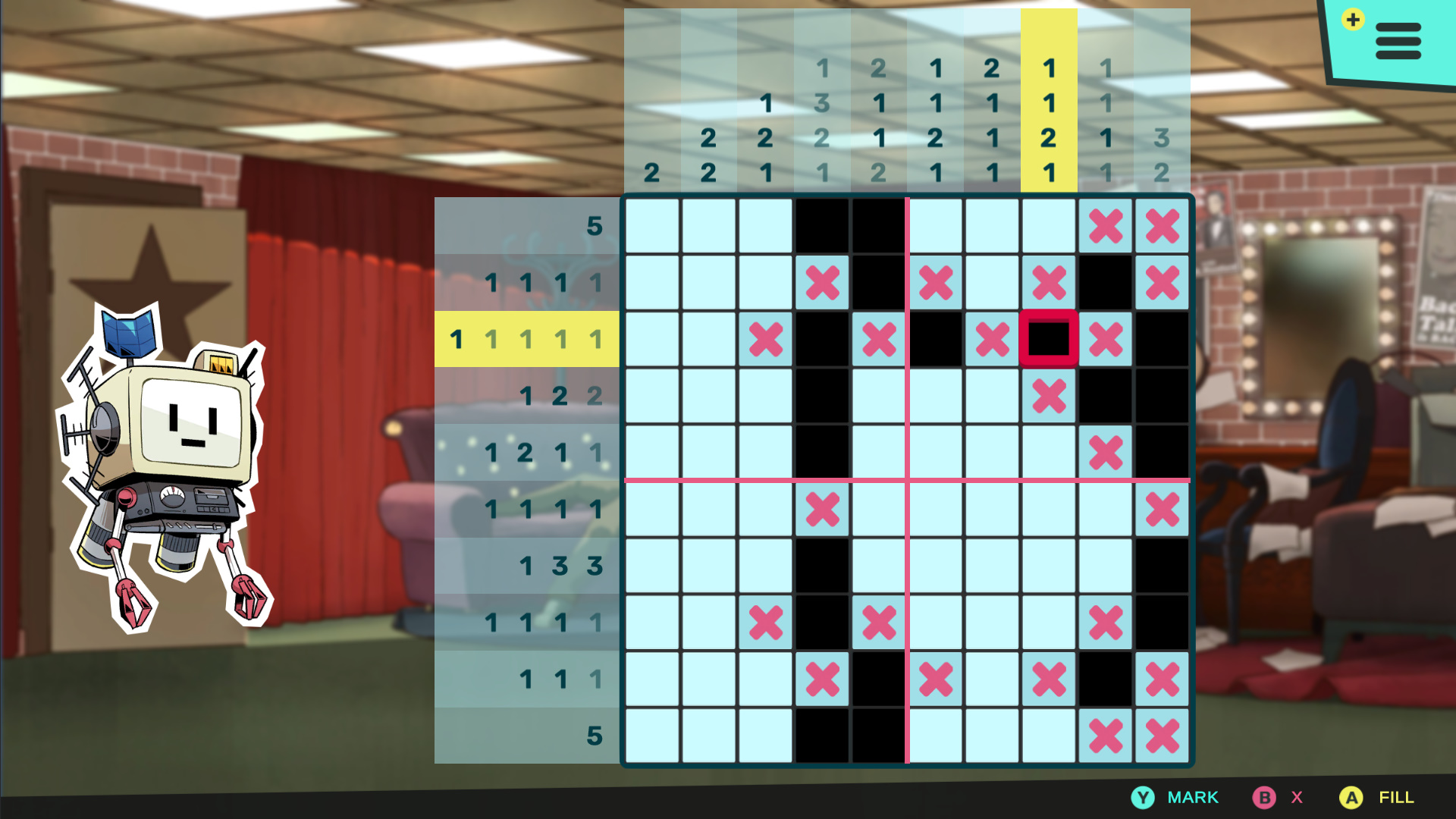 The puzzles here are satisfying and enjoyable, both in and of themselves and thanks to some sweet music courtesy of Masakazu Sugimori of Ace Attorney, Ghost Trick, and Viewtiful Joe fame. While there’s variety in the soundtrack, mostly during story and investigation, the jams that pop off during puzzles are infectious and fit right in with the composer’s previous work. It helps make some of the easier (and thus a little routine) and more frustratingly difficult nonograms alike enjoyable and I caught myself humming a few tunes even after I’d put the game down.

It’s worth saying, though, that if you aren’t drawn into the story and aren’t too keen on the exciting world of number based grid logic puzzles, there’s not as much here for you. This is a game that appeals to very specific niches, and while what’s here is entertaining and a good introduction to its base parts, it’s narrow and doesn’t come with much replayability. Consider those nitpicks fished for, because save for a few more difficult bouts of puzzles here and there I thoroughly enjoyed Murder by Numbers and heatily recommend it to anyone after a fresh blend of an indie. 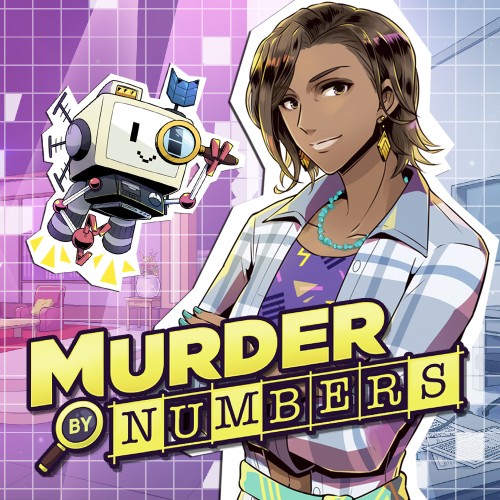