Fire Emblem Heroes is approaching its third anniversary, a notable milestone for what seems to be Nintendo’s most stable mobile effort. While characters and skills have gotten stronger and stronger, the strategy game’s experience itself has remained familiar. And speaking of familiar, it’s time for the fourth round of voting to decide which four characters will get unique variants later this year. That’s right, it’s Choose Your Legends 4!

The format for the vote is set so that the two most popular male and female characters will be allowed in with unique skills, weapons, and outfits/artwork. It’s also stated that characters with more than one, similar appearance will have their votes combined on the character level. Marth, for example, has two key game appearances: his NES debut in Shadow Dragon and the more popular, Japan-only remake of those games on Super Famicom, Mystery of the Emblem. This is to avoid splitting the vote and center the event on characters themselves. That goes for nearly the whole cast of those games, Path of Radiance and Radiant Dawn, and has a special application in the series’ latest. 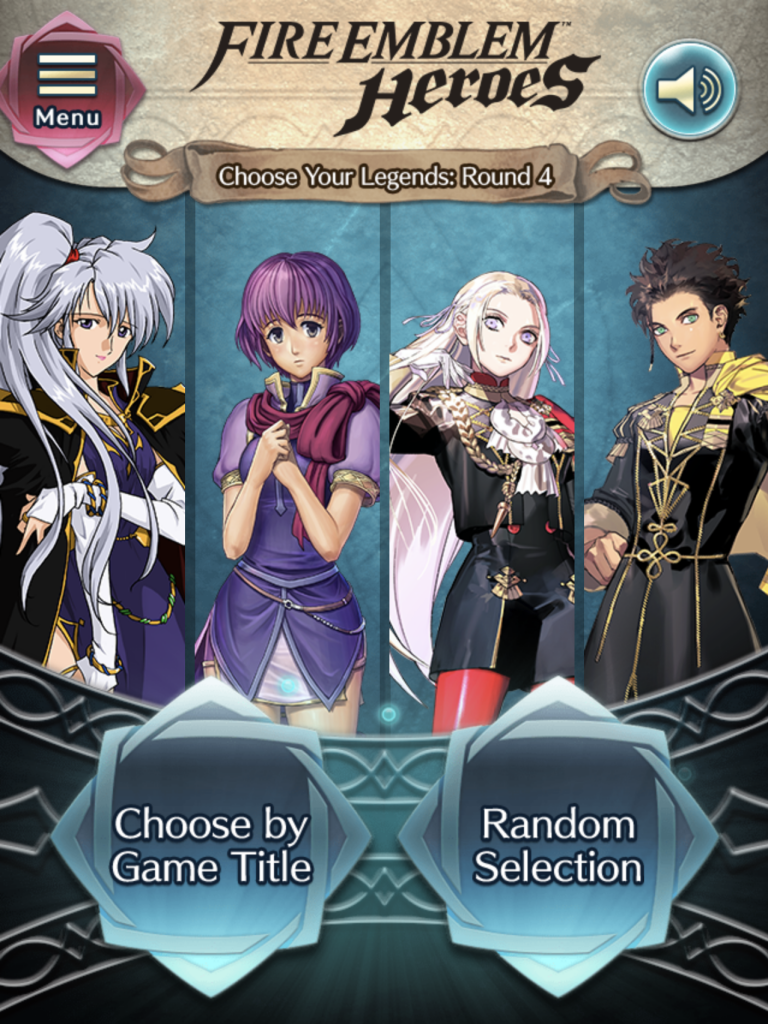 Fire Emblem: Three Houses characters are now a part of the voting process, and with how that game handled its plot, both the Academy Arc and War Arc versions of its cast are eligible. With that game’s popularity (emphasized by Byleth’s Smash Ultimate reveal just last week and its upcoming Cindered Shadows DLC), I fully expect to see at least one Three Houses character make the cut. Another recent release is featured as well, that being Tokyo Mirage Sessions #FE Encore. If you think Heroes needs more idols, you know exactly what to do.

As a last note, previous winners are not allowed to win again — that means Ike, Lyn, Roy, Lucina, Hector, Celica, Ephraim, Veronica, Alm, Micaiah, Eliwood, and Camilla are out of the running. Voting is open now, with players able to vote once a day until January 28th.