While there was plenty to glean and speculate from the debut trailer of Fire Emblem: Three Houses upcoming DLC side story, Cindered Shadows, Nintendo has seen fit to share further details and screenshots, as well as character art, via its Japanese site.

A little more information on Abyss was provided, explaining that it’s allowed to exist beneath Garreg Mach Monastery even with the upper echelon of the Church of Seiros’ knowledge. That said, it remains a rumor amongst the students, and it’ll be in the course of the DLC that Byleth, the three house leaders, and a few other students enter into and learn about Abyss.

There you’ll meet the Ashen Wolves, who (as previously reported) are an “unofficial” fourth house. It seems the four students shared used to be more typical students before ending up in Abyss for various circumstances, likely to be explored in their individual supports. Meeting Yuri, Constance, Balthus, and Hapi is a large draw to Cindered Shadows, though there could be some aspects that tie this side story to the main game. Mysterious intruders are threatening Abyss, and it’ll be up to Byleth, his students, and the Ashen Wolves to defend it – perhaps Those Who Slither in the Dark. 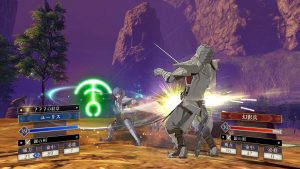 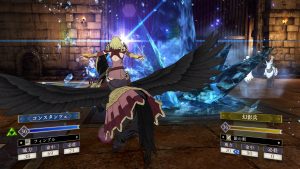 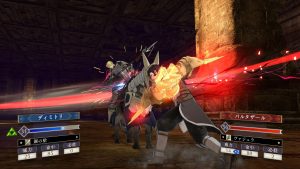 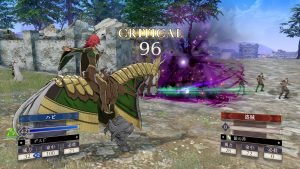 While it’s likely narrative threads will be present, your save file will unfortunately not be. It’s been stated that in order to play through Cindered Shadows you’ll create a new save file and select the Side Story itself. Once you do you’ll set up Byleth’s appearance, difficulty, and gameplay style as you go.

As far as timeline goes, Cindered Shadows will take place towards the beginning of Byleth’s time in the Monastery and it looks like it’ll allow you access to students of all three houses. Edelgard, Dimitri, and Claude will all be present along with a predetermined group of students who don’t require recruitment as in the base game. In that way it’ll be a more tailored experience, and it’s also been stated the difficulty will be slightly higher and feature unique elements compared to what was present in the main game.

There’s sure to be more to learn about Cindered Shadows on the way to its addition to Fire Emblem: Three Houses on February 12th. You can pre-order your Expansion Pass (digital code) on Amazon today.