At least some contents of new DLC coming to Nintendo Switch-exclusive game Marvel Ultimate Alliance 3: The Black Order have been discovered, according to new information datamined from the game.

According to dataminers, Beast, Professor X, and Dark Phoenix will all be headed to the game as playable characters plus new story content involving Galactus, and Gwenom, Anti-Venom, and other costumes for existing characters.

Check out the full details:

An image accidentally uploaded to the game’s official page on Marvel.com (seen on left) supports the above leak, showing costumes datamined to the game that were, apparently, originally supposed to release on December 23rd, 2019.

Instead, the costumes seen in the right image were released. 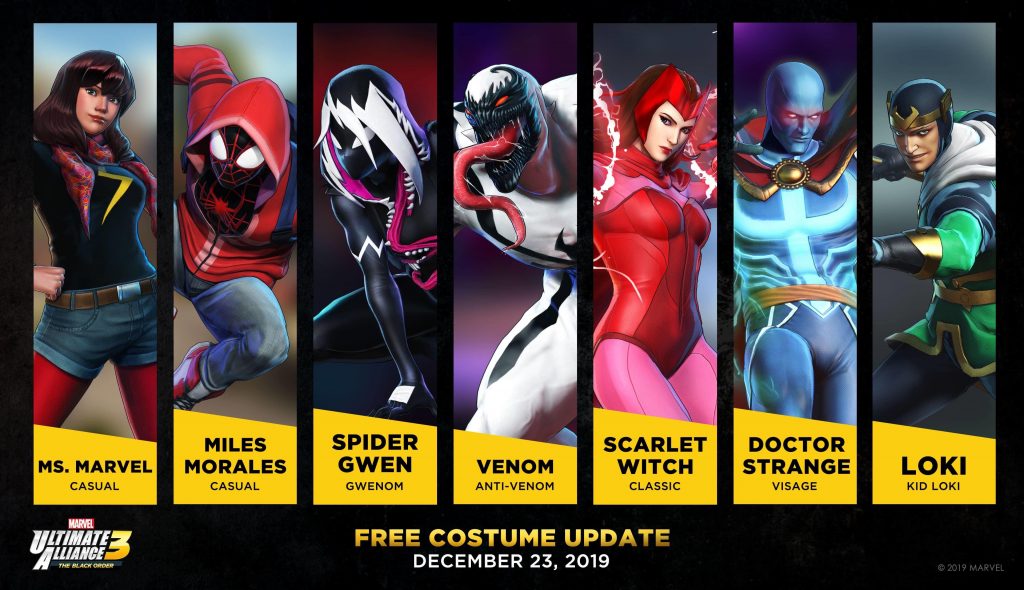 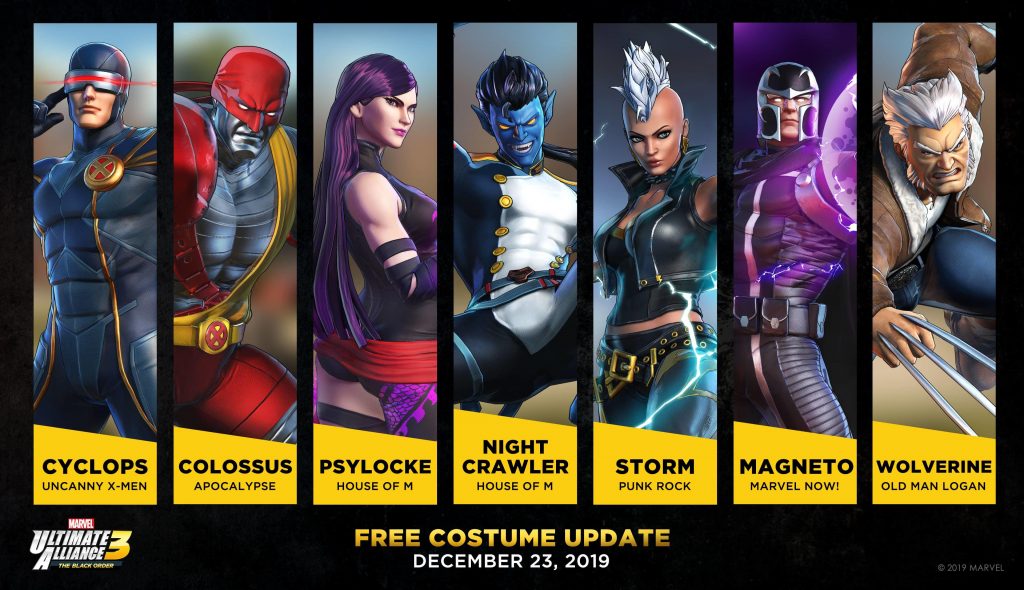 Two paid DLC packs part of the Marvel Ultimate Alliance 3: The Black Order Expansion Pass have launched so far: the “Marvel Knights: Curse of the Vampire” pack and the “X-Men: Rise of the Phoenix” pack.

“Shadow of Doom,” the third and final wave, will feature Fantastic Four characters and will arrive this year.

What’re your thoughts on the datamined content? Let us know in the comments!