Top 5 scariest, creepiest, and most disturbing moments in Nintendo games

Not all’s Shine Sprites and rainbows in the happy-go-lucky world of Nintendo video games. Throughout the years, Nintendo’s played host to a number of frightening, chilling, or downright disturbing moments on its systems — all of which are perfect if you’re in the mood to creep yourself out this Halloween or, y’know, just any plain ol’ day of the week. Whether it’s the game’s atmosphere, penchant for jump scares, or spooky imagery, these moments are sure to shake you like a Super Leaf. Here’s our list of the top 5 scariest moments in Nintendo games.

1. The Legend of Zelda: Ocarina of Time’s Bottom of the Well 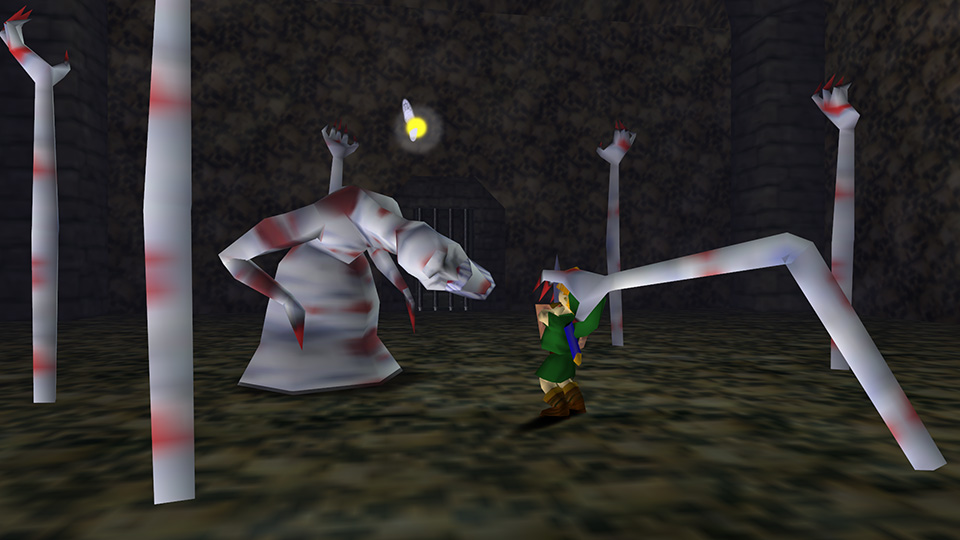 As a kid, some sections of The Legend of Zelda: Ocarina of Time for the Nintendo 64 terrified me. The game wasn’t scary, per se, but definitely had little moments that had me quaking in my Hover Boots.

The Bottom of the Well was a mini-dungeon in Ocarina of Time’s Kakariko Village. During Link’s time as a child, the town’s well is filled with water. When he’s an adult, though, it’s drained but still fill of horrifying, disgusting monsters like ReDead, Gibdos, and Wallmasters. To top it all off, the dungeon had a mini-boss by the name of Dead Hand: a bloody, zombie-like creature that looked straight out of 2004’s horror game The Suffering.

You get the Lens of Truth and Hover Boots for your time in the Bottom of the Well, but at what cost? 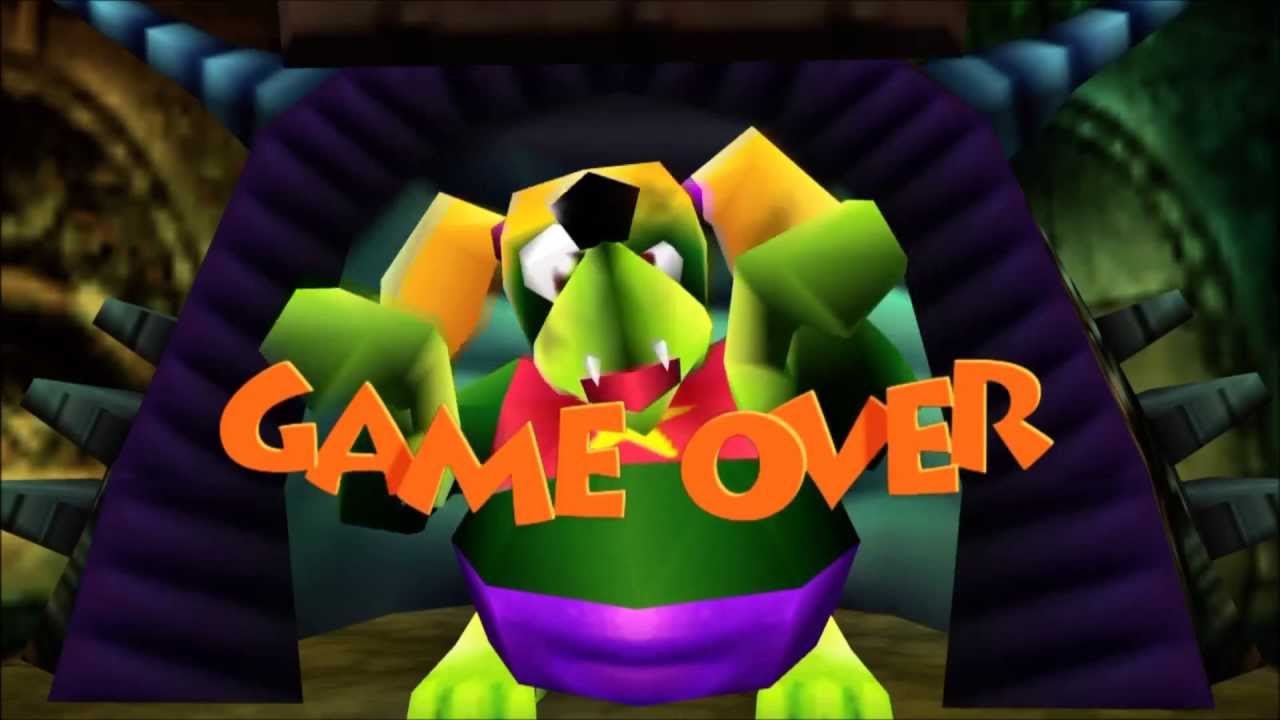 When I was a kid, the things that scared me in games weren’t so much spooky faces or sudden jumps — it was the idea of me failing spectacularly and being shown the consequences of my stupidity. I was convinced that getting a game over in many games would lead to something like my save file being deleted, or I would see some scary scene of the characters dying or whatnot. I have a particular memory of renting Banjo-Kazooie on the N64 when I was eight.

The setup of the game is that Gruntilda kidnaps Banjo’s sister Tooty to steal her beauty. If you lose all of your lives, you are shown a full cutscene of Gruntilda using a big machine to steal Tooty’s youth, turning her into a big Donkey Kong-looking monstrosity. I was still pretty new to 3D games at the time, so I was very bad at Banjo-Kazooie, so when I saw the game over scene, taking place in a spooky lab with the heroes nowhere to be seen, it kind of freaked me out. It was alarming to see how your failure gets you a bad ending, and sitting alone in my basement and seeing the monster Tooty combined with the ominous music was pretty unsettling. Obviously I think it’s a silly scene now, but it goes to show how plenty of things that seem mundane now can be frightening when you’re a kid! 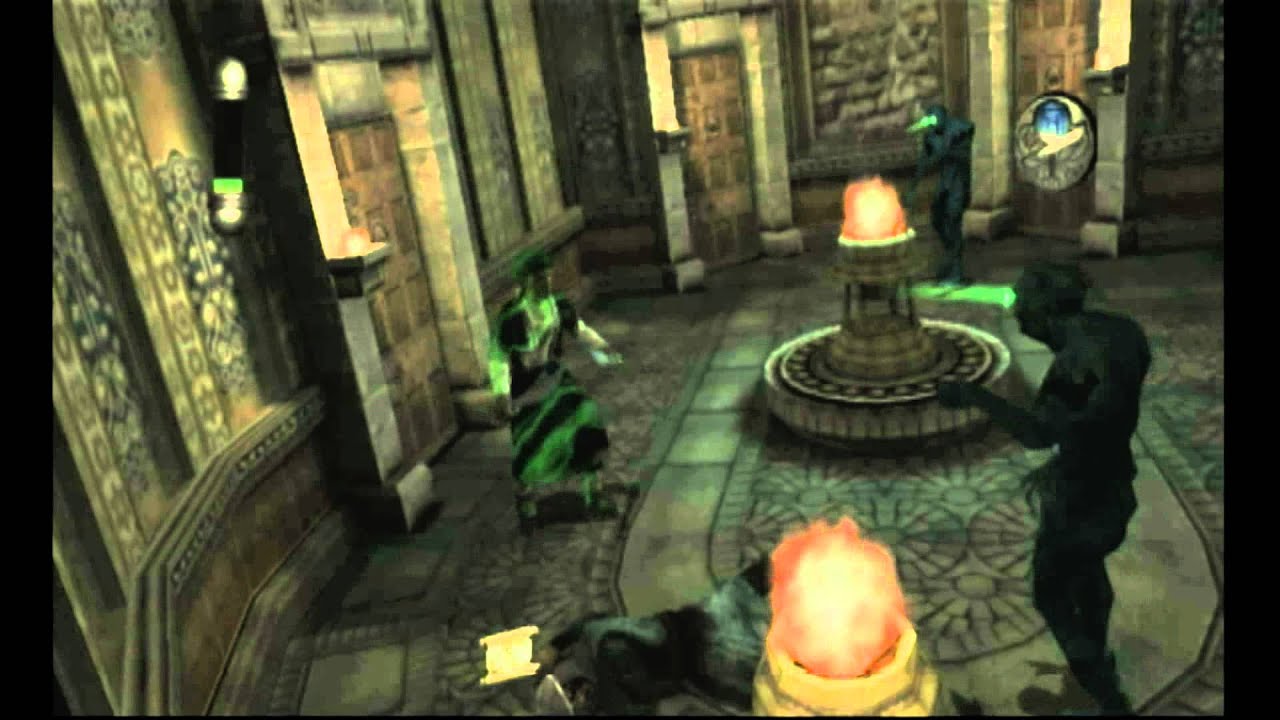 I couldn’t pull a particular scary moment from this spooky, M-rated game for the Nintendo GameCube, since the whole thing’s pretty unsettling. The game takes players through four disturbing settings and four distinct time periods, including an underground temple and a creepy mansion called the Roivas Family Estate in Rhode Island. The entire experience is meant to unsettle the player, but most of the title’s creepiest events were thanks to its “Sanity Effects.” At the start of Eternal Darkness’s second chapter, players are introduced to a “Sanity” meter, which decreases when the player’s spotted by an enemy. As the bar gets lower and lower, the game introduces subtle changes to the environment like freaky noises, bleeding pictures on walls, and simulated errors and anomalies on the TV or GameCube.

This particular Sanity Effect did me no favors as a kid: 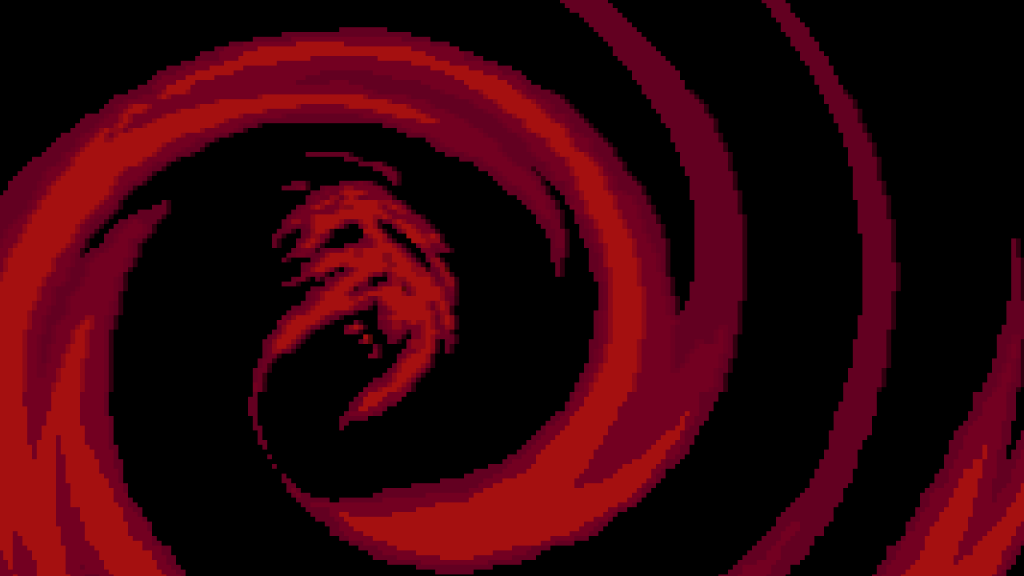 The final boss and main antagonist of the Super Nintendo’s cult classic EarthBound is frightening for a number of reasons, from his appearance to the disturbing musical tracks that play during his battle. Come on: just look at that weird, swirly-skull face — the inspiration for a variety of chilling creepypastas over the years. On top of the creepy theme that provides the foundation for the sheer uneasiness that defines EarthBound’s ultimate showdown is Giygas’s demented — and vague — dialogue:

5. The Legend of Zelda: Ocarina of Time’s ReDeads 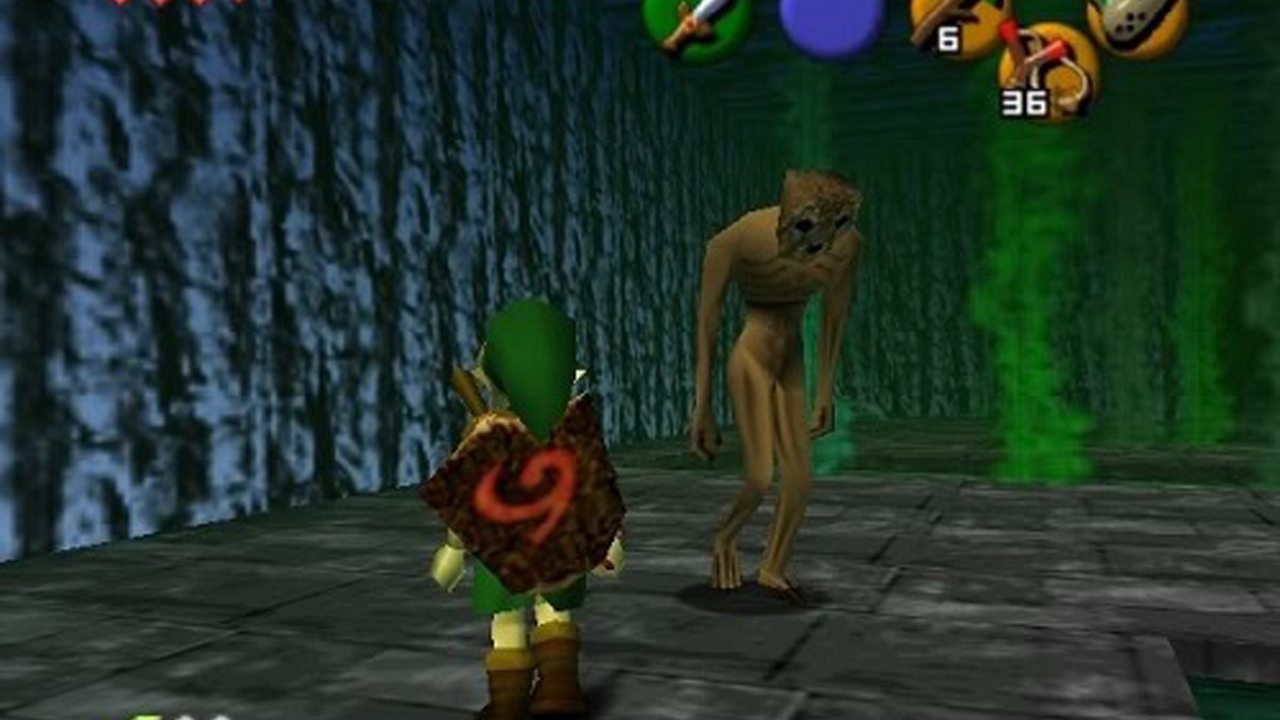 As a kid, my cousins and I often feared the open stairway of the porch leading up to our grandma’s house at night. These horrifying atrocities from The Legend of Zelda: Ocarina of Time were to blame, causing us immense fear that we’d be grabbed by ReDeads under her house as our feet touched the steps. ReDeads are tall, zombie-like monsters that first appeared in Ocarina of Time, terrifying young players with their blood-curdling shrieks. Just listen to this!

Not only that, but they also paralyze Link if they spot him, slowly approach, jump onto his back, and start draining his health by squeezing him. Just piling on to their creepiness, once Link kills one of them, any other ReDeads in the area will walk towards the slain and crouch beside them. What’re they doing? Mourning the fallen? Eating them? I don’t think I wanna know.

What’re your thoughts? Do you have any creepy moments or games that you’d put on our list? Let us know in the comments!