In the latest episode of the Pokémon anime, Ash Ketchum finally did the impossible. 20 years later and that ten year-old got his first, real, regional championship victory. (Get out of here with that Orange League noise.) Taking Alola by storm, Ash and Pikachu have come a long way, and while we congratulate the victory, we can’t help but notice there are still a few things on his list that need doing.

Back when Pokémon first came to America they really backed themselves into a corner with that tagline. Sure, his focus has changed and a never ending catching spree might not make the best entertainment, but there’s a certain reason I can’t let this one go — it’s the poor kid’s name. A constant reminder that he hasn’t even cracked triple digits yet (unless you count each individual Tauros, and I do not), even if he’s managed to travel to all known regions on who knows what kind of allowance. Considering there’re over 800 Pokémon, and Gen VIII will push that number even higher, there’s no knowing if this is even a possibility in the show’s world. Poor, poor Professor Oak and his Pokédex… 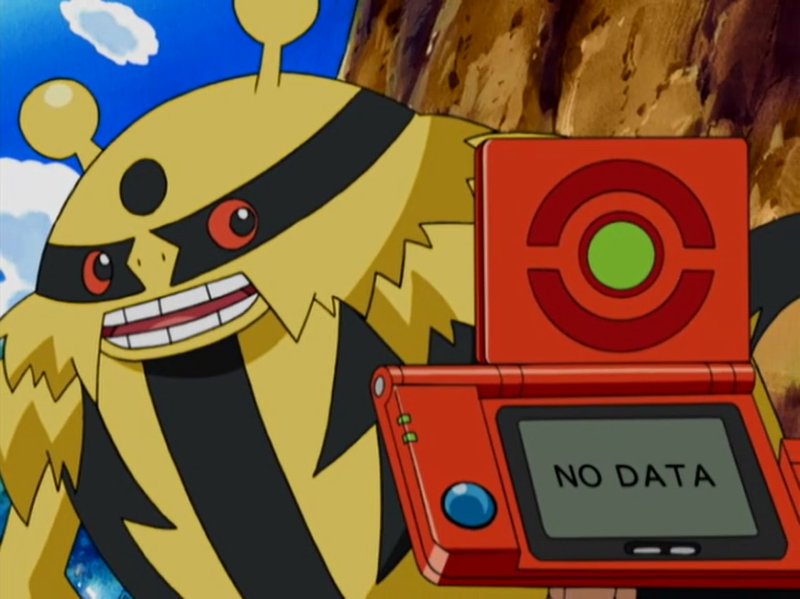 2 – Pick up his Primeape

Ash is no stranger to dropping off his Pokémon, be it with Professor Oak or back into the wild for some kind of heart-wrenching reason. (I’ll never forget you Butterfree.) After all, he can only carry around six at a time, and Pikachu’s not going anywhere. The strangest circumstances, though, have been where he unloads one for it to get a little extra training in with a specialist. While it’s led to some fun returns (Gliscor) and once got the core of his OG crew back together (Squirtle and Charizard), this boy has never once gotten his Primeape back. 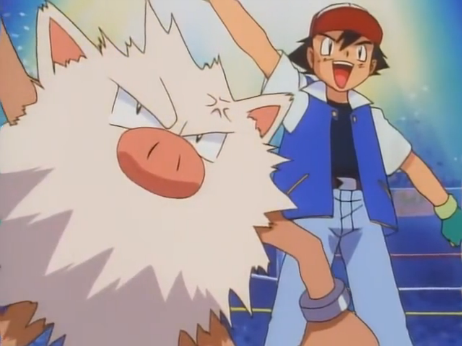 Temperamental and wild in its hat-stealing debut, Primeape did manage to get a little character development in before Ash left it at a Gym (in the traditional sense, not a Pokémon Gym) to keep getting stronger and more formally trained in whatever martial art an angry pig-monkey specializes in. Since then, it’s been an occasional cameo whenever all of Ash’s captures get referenced and was flashbacked to because of that one time it gut-punched Charmander. In that way it’s a record-holder among Ash’s Pokémon, and sadly that streak will probably never be broken.

All the way back in the first episode, circumstances led to Ash having to take Misty’s bike from her, which was soon electrically destroyed in an ensuing bird based calamity. Her whole reason for traveling with Ash was initially to get him to pay up on a replacement; and while that developed into something more, that debt is still hanging over this champion’s head even if he’s currently hiding in Pokémon-Hawaii.

Now, Misty did get that original bike back, fixed by a kind Nurse Joy. It may’ve gotten her back to Cerulean City, where she’s been handling the Gym ever since, but can you imagine what kind of shape it must be in? Surely, Ash can get her a full replacement, or at least repay Nurse Joy for the trouble now that he’s a big winner. It isn’t even the last time he’d be involved in a bike destruction — he needs to answer for this kind of repeat behavior if he’s going to be a role model for young Pokémon Trainers himself.

Ash is ten years old. Ash has always been ten years old. He was once turned into a Pikachu, but he’s never had a birthday. To put it lightly, this is strange for a little boy. Somewhere between Jack (the one with Robin Williams, who allegedly would’ve been Nintendo’s only choice for a live-action Professor Oak) and Benjamin Button on the aging anomaly spectrum is Ash. There’s nothing particularly strange from a medium perspective, as cartoons operate on their own brand of time compression, but what really makes it odd is that the show does have continuity. He catches Pokémon, gets badges, and takes on these championships, and the status quo changes. And yet here he is — still being told by his mom to change his underwear.

All these points and jabs aside, this is a huge accomplishment for Ash. Even if it’s been a long time coming, if the media response is anything to go by this is a big deal and shows how important Pokémon (the show) has been to people in their lives. Ash Ketchum, the boy from Pallet Town who couldn’t get a Charizard to listen to him without it almost dying. Who once got turned to stone by a clash of Mewtwo and Mew before being revived by Pokémon tears. Who was so close to winning multiple tournaments in the past only to get edged out by some Trainer with a pocket Latios, or a mid-battle evolution. He may not be aging, but he’s growing, and still showing that Pokémon are our friends.