Riding the nostalgia-wave once again, Activision has remastered a beloved trilogy from the ‘90s — and this time around, it’s everyone’s favorite purple dragon making his triumphant return. Spyro Reignited Trilogy, handled by Toys for Bob, the developers of the Spyro spinoff Skylanders, revisits Spyro’s first three adventures with his dragonfly buddy Sparx.

Upon starting the first game in the trilogy, it was immediately apparent that, while I was excited to revisit my childhood with Spyro, I wasn’t ready for it to be so obvious that this was a game originally released in 1998. The remastered scenery and characters looked absolutely gorgeous, and the controls and movement were exactly how I remembered them; but something about the writing seemed so childish to me. Don’t get me wrong, during my playthrough of Spyro the Dragon, the time I spent burning or bashing sheep and Gnorcs, collecting treasure, and figuring out how to rescue other dragons was wonderful and nostalgic — it was only the cutscenes and most of the dialogue that had me cringing. Altogether, this didn’t detract too much from the entire experience of playing through this gem of an adventure; it was just a little shock I wasn’t entirely prepared for. 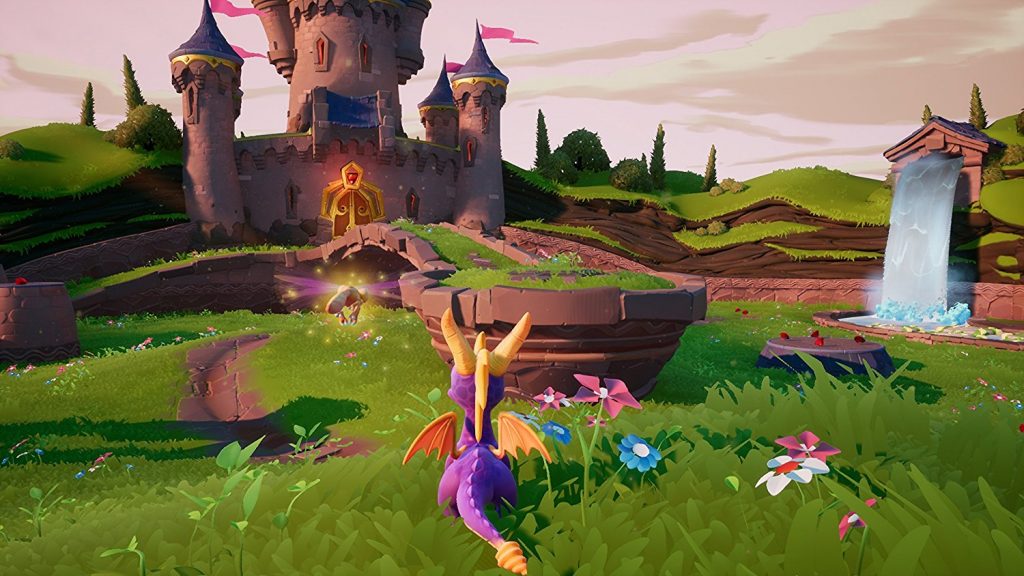 Spyro 2: Ripto’s Rage was where the nostalgia really started to get to me. This game was my bread and butter on the PlayStation back in 1999, and many of this game’s levels and characters are what first come to mind when I think of Spyro. Ripto’s Rage introduced a cast of characters that aren’t dragons and all new power-ups for Spyro, and I couldn’t be happier with its remaster here. Thanks to Spyro’s new powers, the entire game feels more modern than its predecessor, which combines wonderfully with the remastered graphics.

The third game in the Spyro trilogy, Spyro: Year of the Dragon, was one that I wasn’t too familiar with. As a kid, I fell off the Spyro wagon after Ripto’s Rage, and never really got back on, which is why I’m happy to get the chance to play it through the Reignited Trilogy. Wandering through the other, forgotten side of Spyro’s world rescuing adorable baby dragons is a real treat, and this time around it’s not just Spyro you’re playing as. Depending on which level you’re playing and challenge that you’re tackling, Year of the Dragon puts you in control of one of a whole cast of characters, ranging from Spyro’s buddy Sparx, the dragonfly, to Bentley, a highly intelligent yeti. While some may find that new playable characters detract from what’s been a largely “Spyro-centric” series, I really enjoyed the breath of fresh air they brought to the game.

Spyro on the Go

Spyro Reignited Trilogy runs fairly well on the Switch. Despite not looking as great as the versions of the game released on Xbox One and PlayStation 4, the gorgeous environments of the remaster still shine brightly on Nintendo’s hardware. I’ve said it before and I’ll say it again, the experience and convenience of taking an adventure like this on the go far outweighs the graphical step-down. 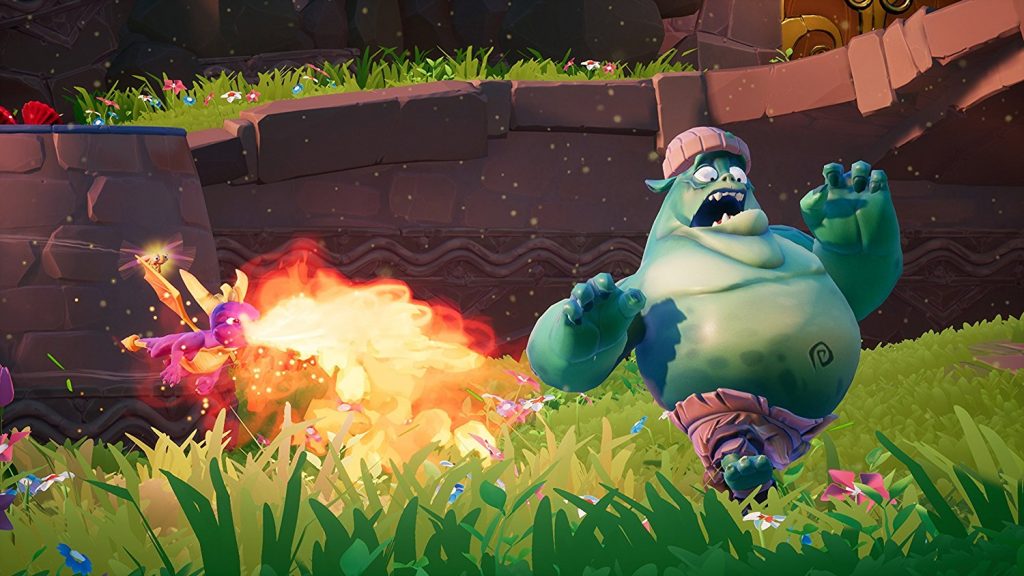 I’ve spent far more hours in handheld mode on my Switch than docked mode, and with Spyro it was no different. It looks great up on the TV, but the performance in handheld isn’t far behind when you take the screen size and little to no frame rate drops into account. Throughout my time with all three of the trilogy’s games, the only stuttering I experienced came during loading screens, showing Spyro flying from world to world. And in regards to loading times, they aren’t bad either. As the worlds get bigger, the loading screens will get longer — but not by much, which is impressive considering how great the Reignited Trilogy looks.

Overall, having Spyro come to the Switch all these years after his heyday is a dream come true. The Reignited Trilogy looks wonderful and plays just like it used to — but most of all, I love taking my dragon pal on the go with me. It may seem gimmicky to some, but this trend of faithful modern remakes of not-quite-old-enough-to-be-classic games continues to suck me right in, though I’m wondering now what other franchises out there are due for this kind of treatment. Even if Spyro’s spectacular pyrotechnics are the last of the remaster wave we’ll see for awhile, it surely is a grand finale. 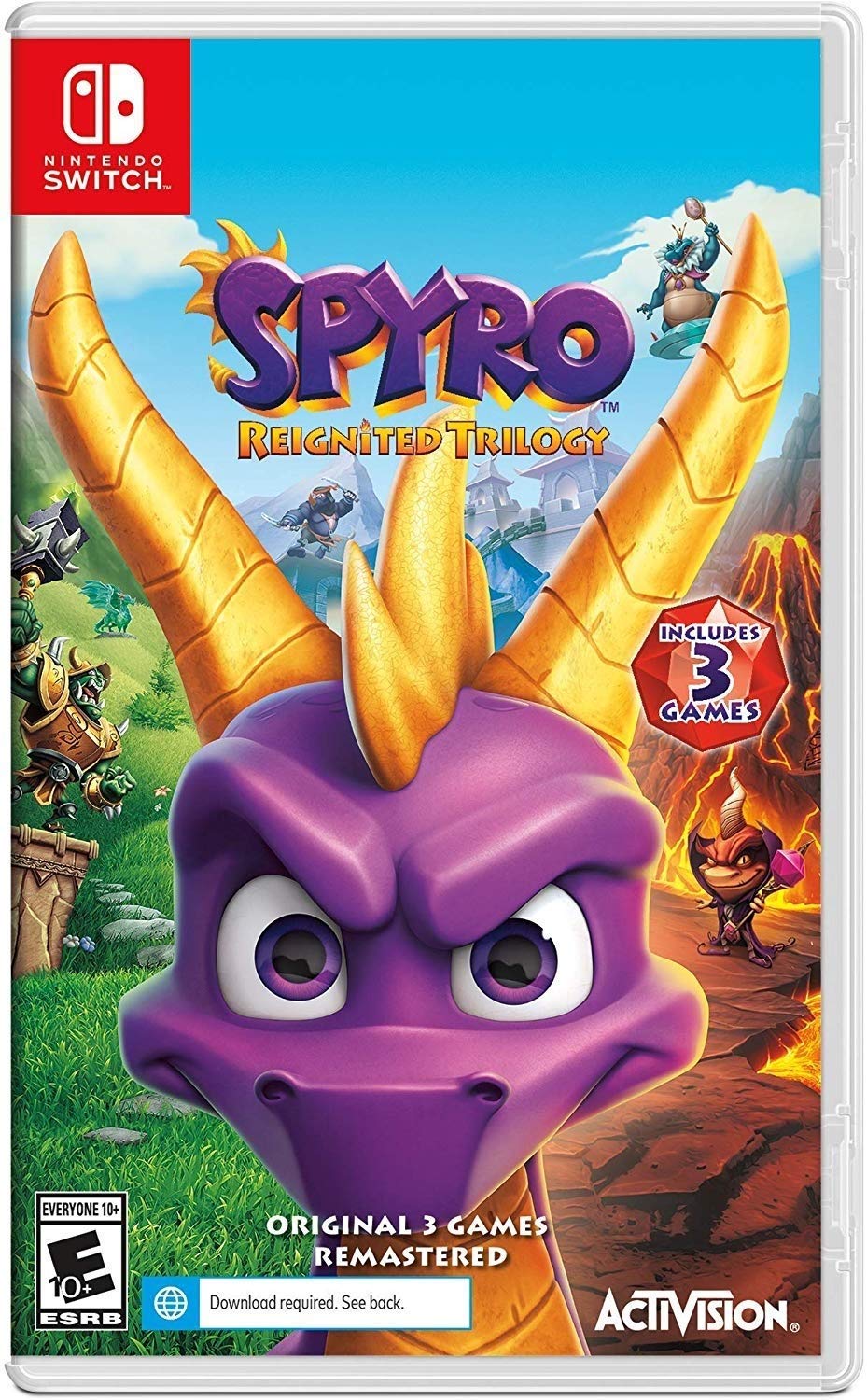