Getting excited about the upcoming remake of Link’s Awakening? With the game’s release just under a month away now, we can feel the hype. Despite the fact that the game is a remake, I know I’m extremely pumped to see how the developers have brought the old Game Boy title to life in this generation of gaming.

I know for me, personally, I’m particularly excited to see the game’s art style in its full glory.

Naturally, with that excitement comes an eagerness to know as much as we possibly can ahead of release, and so even the smallest pieces of newly revealed information make for exciting talking points. Most recently, the official Japanese Twitter account for the Legend of Zelda series has tweeted out several new screencaps from the game, focusing specifically on Animal Village. For those of you who’ve played the original Link’s Awakening, you might recognize the area as a village entirely filled with anthropomorphic animals — characters such as Chef Bear, Hippo Model, Schule Donavitch, and Christine.

But the last time we really saw these characters, as unique and as fun as they are, was in the original game. It’s been a while since we’ve really gotten to admire the unique personalities offered up here, and it’s a shame when you consider how limiting the original hardware likely was in the creation of them.

Sure, they’re just NPCs, but still.

Lucky for us, though, times have changed. And in these screenshots that have been shared with us, we get to see the brand new, freshly polished, excitingly familiar and yet refreshingly unseen remake models. Or, a couple of them, anyway.

We get a very clear look at the many Rabbits that inhabit the village first — they’re recurring species in the Legend of Zelda franchise, but now they might officially have the cutest models in any game with Link’s Awakening. Round. Soft. Precious. The Rabbits in the Link’s Awakening remake are nothing short of perfect. 10/10. 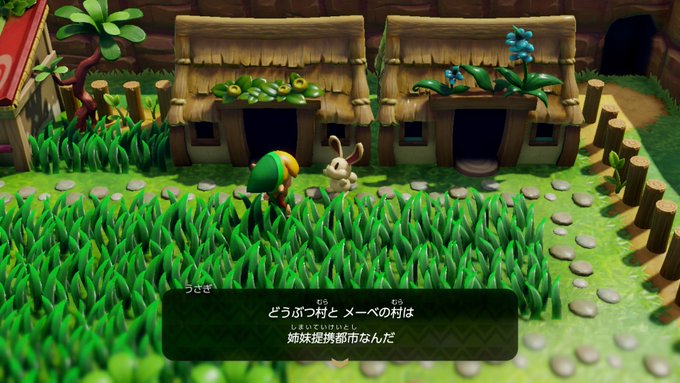 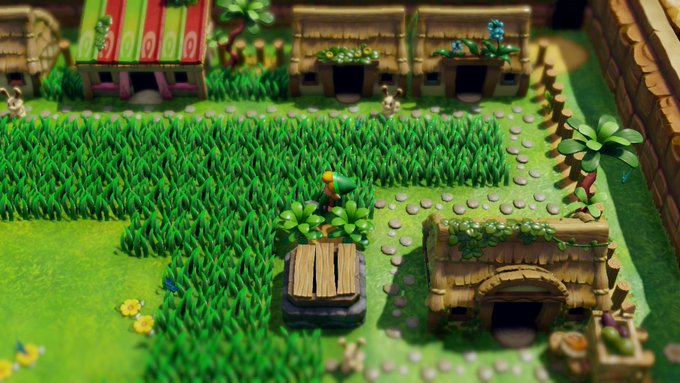 We also get a great look at Hippo Model, who has adopted a much more feminine posture now that the pixels allow for it. She looks great, and it’s no wonder that Schule Donavitch — who we can also see the back of — wants to paint her. That being said, don’t get me wrong — Hippo Model has always been beautiful, and her Game Boy model is just as valid as her model on the Switch. 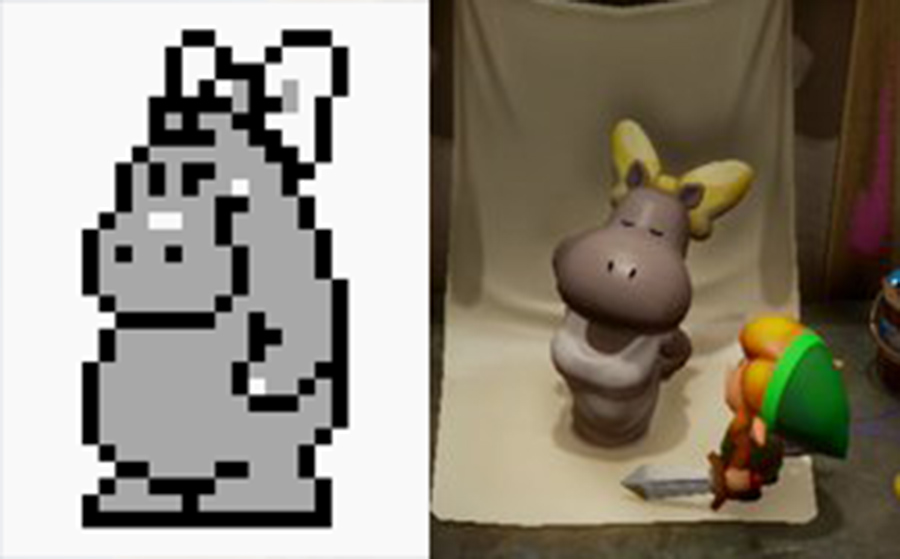 Speaking of Schule Donavitch, we can’t get a great look at the painting gator on account of the fact that he’s not facing the camera, but we do get a chance to see his vivid colors and fun hat. From this shot alone, you can tell that he’s an expressive artist with a lot to offer… and who cares that his painting looks nothing like the Hippo that’s modeling for him? 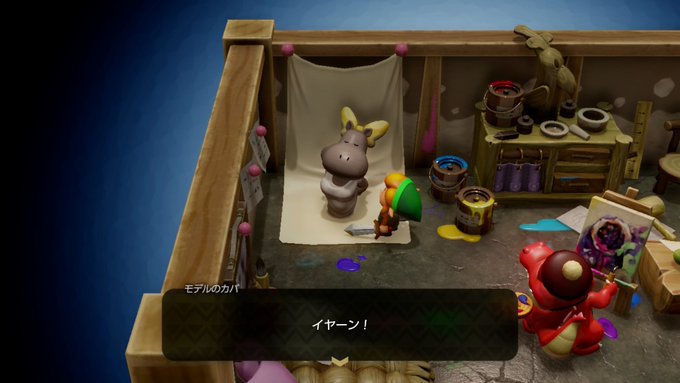 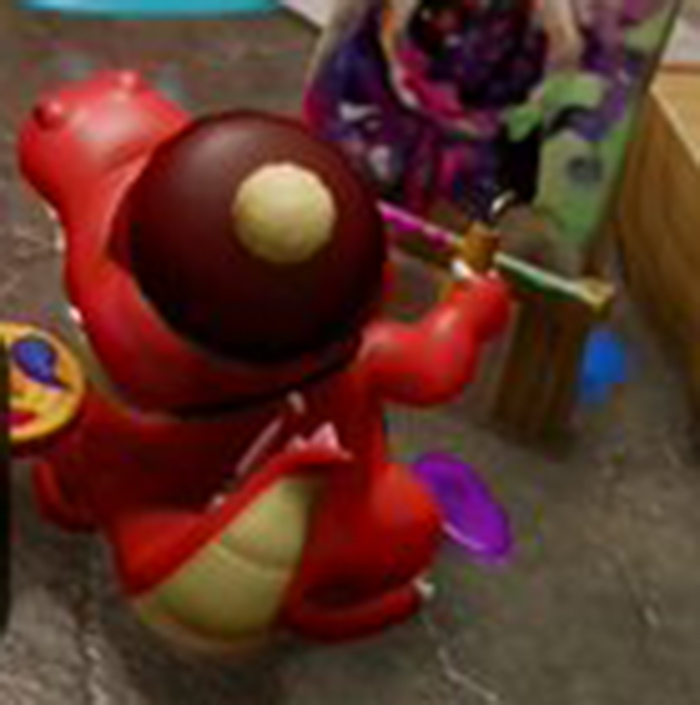 The final focus of the bunch is my personal favorite: Chef Bear. It’s not just the delicious looking food or his immeasurable talent that impresses me. His outfit is top tier, and he looks adorable in it, but that’s not all about his render that captures me, either. No, I think it’s his buggy eyes — the absolute wild and shocked expression in his face that’s just so vastly different from his original sprite, and the kind of expression that wouldn’t have been possible on the Game Boy, that really gets me. Chef Bear in the Link’s Awakening remake is unlike any other bear character or model I’ve ever seen, and far surpasses the original sprite that depicted the character. 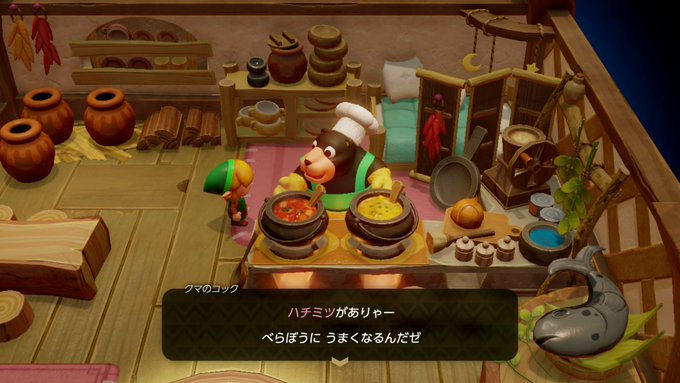 These screencaps aren’t much, but they’re just enough to tease as we prepare for Link’s Awakening’s launch in September. There’s no telling if there will be anything else in the realm of this leading up to release, considering how close the day is… All we can do is hope that accounts like this keep us fed (much like Chef Bear!) until then.

The Legend of Zelda: Link’s Awakening for the Nintendo Switch will release on September 20th, 2019! You can pre-order your copy on Amazon today.