Few studios’ oeuvres make me as ambivalent as Tokyo RPG Factory’s. Established in the wake of Bravely Default’s success in order to develop more classically styled JRPGs, TRPGF premiered in 2016 with I am Setsuna, which, despite being stylistically one-note and a mite derivative, was promising of things to come, following up with the more varied (yet also more boring and cliche) Lost Sphear in early 2018. And now, we have the third entry in the fledgling developer’s discography, Oninaki, which offers the studio’s first stab at an Action RPG, yet still somehow strikes the same discordant issues as its predecessors.

Oninaki follows the story of Kagachi, a “Watcher” who guides the souls of those who died with regrets to peace so that they can reincarnate. In a world where death is not only accepted but sometimes requested by those wishing to pass into a cycle of souls, Kagachi comes into contact with a mysterious little girl dubbed Linne and a terrifying hunter known as the Night Devil, he ends up entangled in a vast, Samsaric web of confusing plot threads. 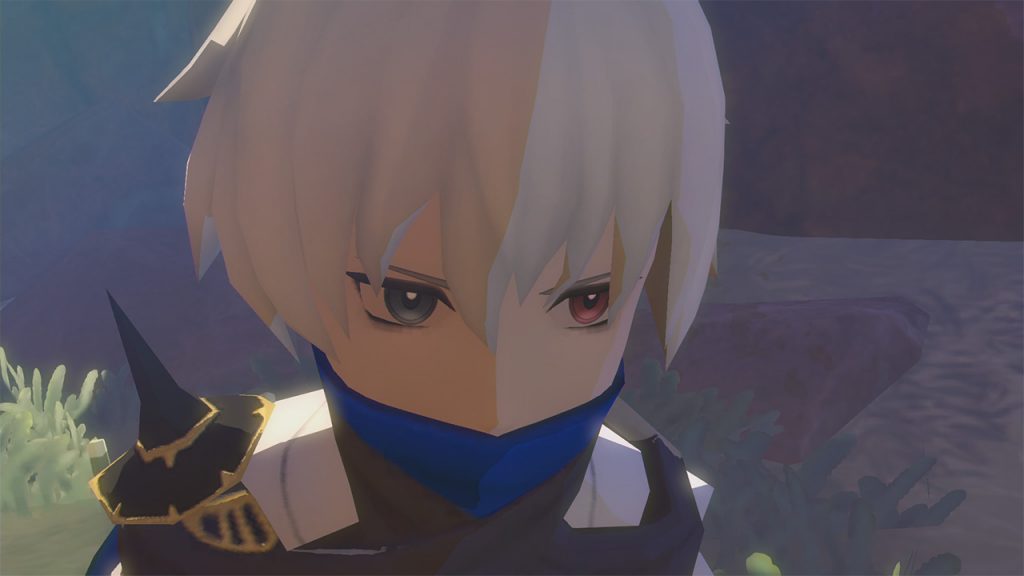 Oninaki’s premise (along with a solid opening sequence) establishes the potential to cover some weighty philosophical questions about death, purpose, and the meaning of life. It proceeds to bungle every opportunity for either emotional appeal or thought-provoking dialogue in a scattershot assortment of disjointed plot threads. I can’t recall the last time I’ve witnessed a game so bafflingly written. The structure of the plot is there, but there’s absolutely no meat on the bones – as if they outlined the overall direction of the story and put it into the game without adding details. Early on the plot feels more like a series of sidequests with no relation to anything than a coherent narrative. While things do take a more interesting turn in the second half of the game, it ultimately can’t stop itself from devolving into a jumbled mess of attempted profundity.

But while the game’s overall plot is messy, the game’s characters are far worse. Kagachi feels like a parody of a JRPG protagonist (right down to the white hair and heterochromia), moving from broody apathy to anguished doubt in a way that never feels clearly defined. Supporting cast members are more wooden than a Redwood forest, with many lacking even one definable personality trait (I counted two characters with any amount of charm. Out of maybe twenty.) This is a problem, because for a game clearly concerned with some of the ponderous questions people have about death and the afterlife, it holds few compunctions about killing off cast members left and right. It would be emotionally heartrending, if they gave you any reason to care about any of them. 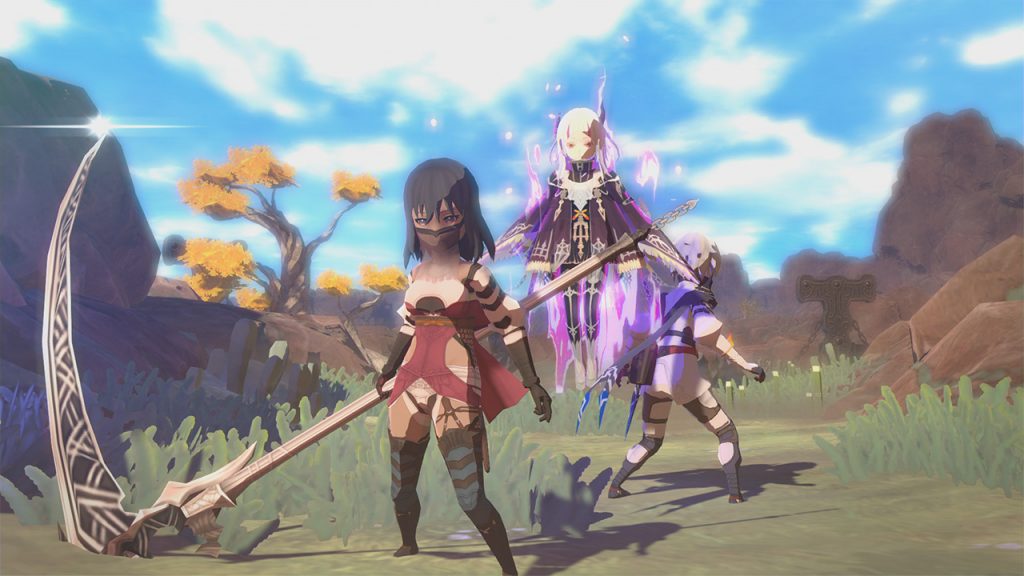 Beyond the game’s boggling writing, however, is a mostly fun experience. Oninaki styles itself after some of the older, simpler ARPGs of yonder – your Soul Blazers and early Mana titles. Combat is fought with Daemons: special spirits you bond to, each wielding a different weapon – against enemies of various shapes and sizes in large contiguous areas. Each Daemon has up to four skills you can equip at once, which you can use in conjunction with basic attacks to rack up simple combos. And these skills can be a lot of fun – they’re flashy, wide-reaching, and often quite powerful, making tearing through enemies a minor spectacle. Not to mention the fact that each Daemon (of which there are around ten) fights so differently allows you to tweak your playstyle to your predilection… even if some Daemons feel flat out better than others (fortunately, you begin the game with arguably the best and most fun Daemon to use, which helps ease you into things).

While the game’s core is on the right track, it does lose points in a couple areas. The level design is pretty flat and unremarkable, with simple pathways and not much to do besides fight enemies. There are basically no puzzles to speak of, even with the unique Veil crossing mechanic (which allows you to cross between the world of the living and the dead, but in practice doesn’t allow for much beyond fighting more enemies and occasionally having to find a way forward). Enemy variety is so-so, though generally made up for by the fact you can tweak your own moveset at will. And the game’s difficulty spikes at the strangest of moments, largely due to its weighty game feel – you can be at over half HP and suddenly get ganked in a long, drawn-out series of combos to suddenly die, which… never feels good. Especially if it’s at the end of a boss battle. 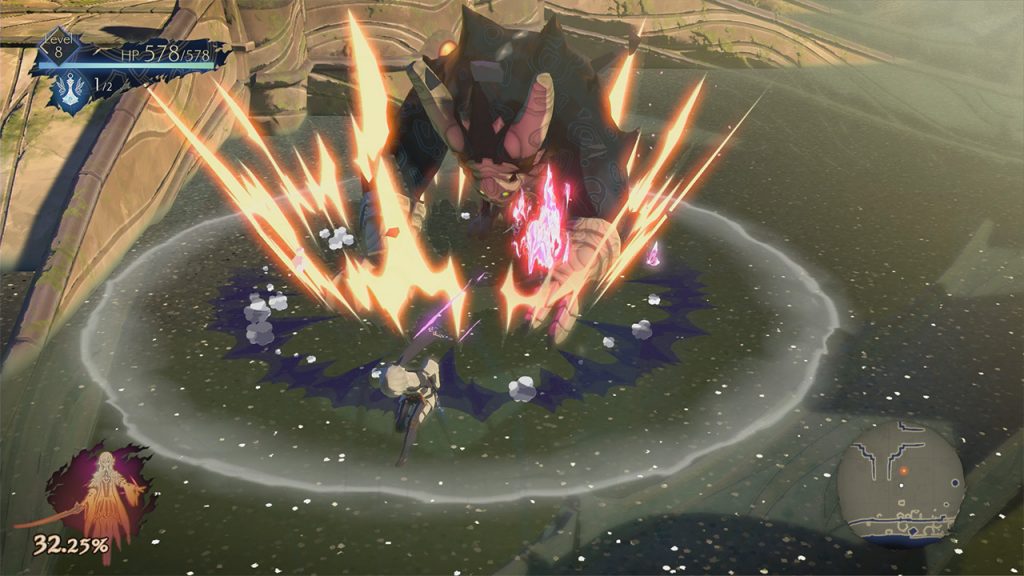 On an aesthetic level, too, does the game somehow both satisfy and frustrate. Visually the character designs are fairly appealing, if occasionally overdesigned (hey, I love me some elaborate anime clothes, I can’t complain), but the environments feel stale and unimaginative – though the photo negative style filter that the Veil adds is a nice touch. The soundtrack is far more bewildering – namely, the fact that it barely played half the time, leaving long-drawn periods of silence and sound effects. Which is especially sad considering that when it does kick in, it’s quite solid, full of rich, somber melodies that would be more welcome in the game’s atmosphere. I only wish I could understand why the game opts for dull silence so often.

All of this might make for a reasonable enough recommendation… if the game were more modestly priced. Once again, TRPGF is charging an almost full price of $50 for a game that feels more like a $20-30 experience. At that price it would be a “try the demo and see if you like it” consideration, but as it is it’s a tough sell considering the other games you can get for much cheaper.

I think the most irritating thing about Oninaki is that its flaws don’t feel like they come from laziness or apathy, but a lack of time and budget. Considering that it’s only been about a year and a half since the release of Lost Sphear, I can’t imagine the development cycle went on for very long, and it shows in just how lean and unpolished certain parts of the experience feel. Within the game’s detailed lore, the beautifully presented Daemon stories, and the thematic conclusion lies what could have been an impactful game – but in its reach for profundity, it ends up confounding. 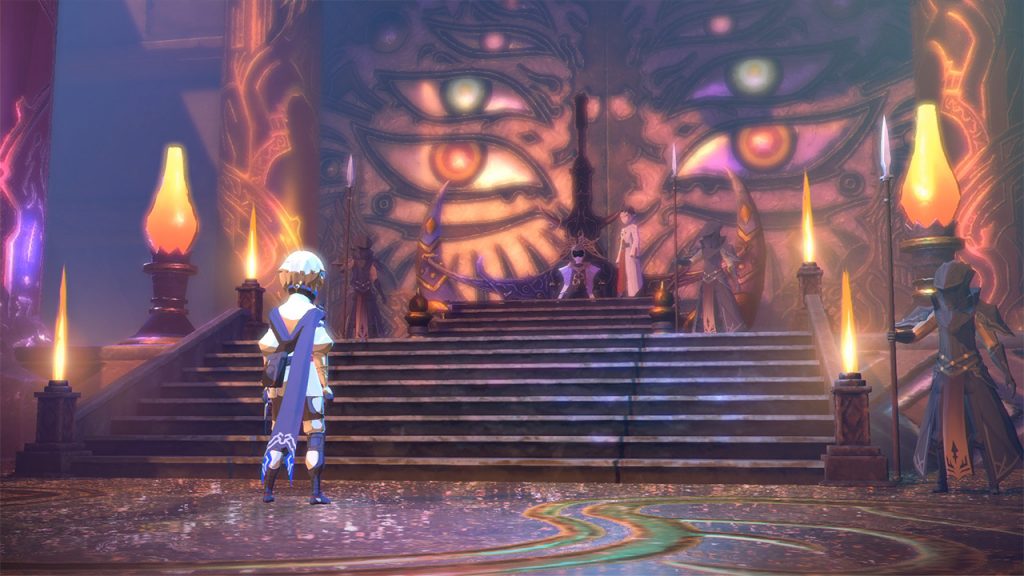 With a proper editor, some spitshine, and a little more time, Oninaki might have been the first Tokyo RPG Factory game I could heartily recommend. But that’s what I said about the last two, too. There are improvements, to be sure – especially in the presentation, which now features cutscenes and voice acting, both notable additions – but they can’t fill all the holes themselves. At this point, I want to plead with the devs to do more than simply retread JRPG Golden Age ground and try something fulfilling. Give it some time in the oven. Consider cutting some of the fat. Don’t charge $50. There’s still potential in each game TRPGF makes – but I want them to attain the fullness of that potential, instead of merely hinting at what could be.

Oninaki isn’t a bad game. I never felt like I hated it – even its slipshod plot is more befuddling than offensive. It’s not on the level of something like YIIK as far as slow-motion train wrecks. Instead, it’s just… mediocre. Which – just as I said for Lost Sphear, 18 months ago – is much sadder. 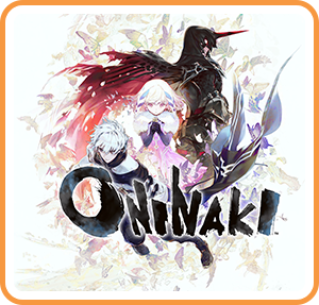