Square Enix has a rather long and industrious history when it comes to JRPGs, what with publishing the most prolific series in the genre ever and all. And after the waning of the genre in the new millennium, it was nice to see the company jump back into the fray in the 10s with titles like Bravely Default. One such game was 2016’s I am Setsuna, a title that threw Chrono Trigger’s battle system together with a somber atmosphere to deliver a satisfying (if perhaps unoriginal) game.

Lost Sphear is the next game from IaS’s Tokyo RPG Factory, acting as the spiritual successor to what was already a spiritual successor. In many ways, Lost Sphear manages to distinguish itself from its forefathers in a way that gives it its own flair. Unfortunately, some of the novelty of its ideas is outworn by their questionable execution, resulting in a product that’s appreciable if not altogether that great.

Lost Sphear features a fairly typical JRPG premise. The main character, Kanata, is a boy living in the peaceful village of Elgarthe. When he and his friends Lumina and Locke go exploring one day, they return to find that their village has suddenly started dissipating into the air, turning blank in the process. They discover that parts of the world are becoming “lost,” and Kanata (as JRPG law dictates) is the only one with the power to restore it. Cue the adventure. 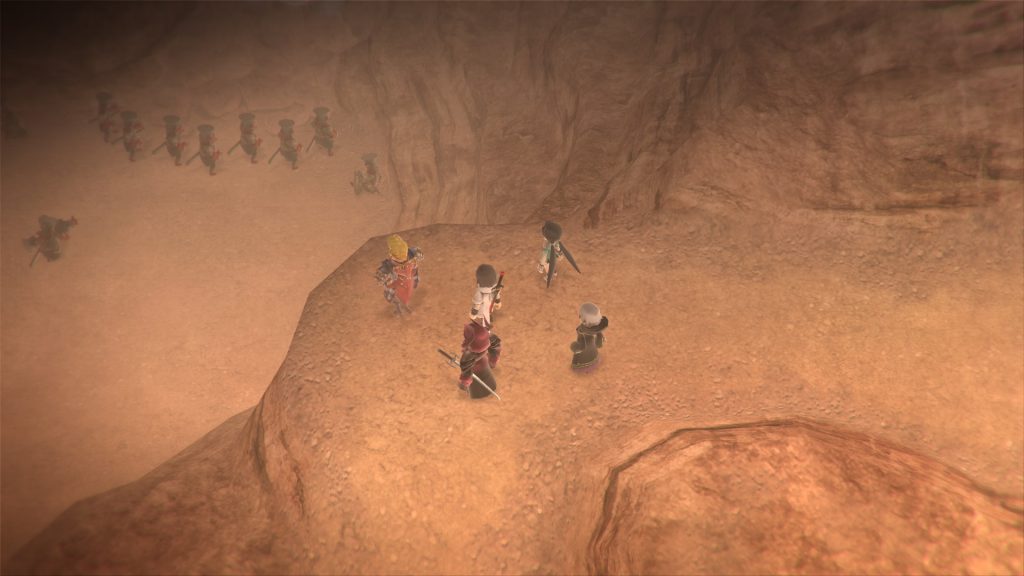 Lost Sphear’s story, while not offensive, leaves a lot to be desired. It manages to set the stage relatively well, offering interesting ideas or moments here or there, but the pacing is erratic and the execution on the whole just feels very stock. Structurally it’s as typical as JRPG plots come, and while there’s the occasional bit of world building or intrigue to keep your attention, it feels underdeveloped and underwhelming.

Such a plot might be able to be saved with a great cast, but the characters too are a mixed bag. There are some definite standouts — Locke provides some charm and energy in the early hours, and the enigmatic Van ends up being fairly interesting and compelling in several respects — but on the whole they feel middling. Kanata himself is the worst offender, being relatively bland and lacking much in the way of personality, which is especially notable when the other cast members hail him as a brave, wonderful individual. I don’t want to strangle anyone, but I also don’t really feel much for them either, so it’s likely I’ll forget them in a week.

I am Setsuna was a stark, beautiful game, but it was also extremely one-note — if you didn’t like the “snow and piano” feel, then you would be in for a long 25 hours. Lost Sphear, for its part, is much more diverse in locales and soundtrack — there are lush valleys, a steely city, and plenty of ruins, set to music that features more than one instrument. While there aren’t too many places that stick out as memorable (save the reflective Mirror Lake), it isn’t nearly as homogenous as its predecessor was, while still providing something in the way of aesthetics. 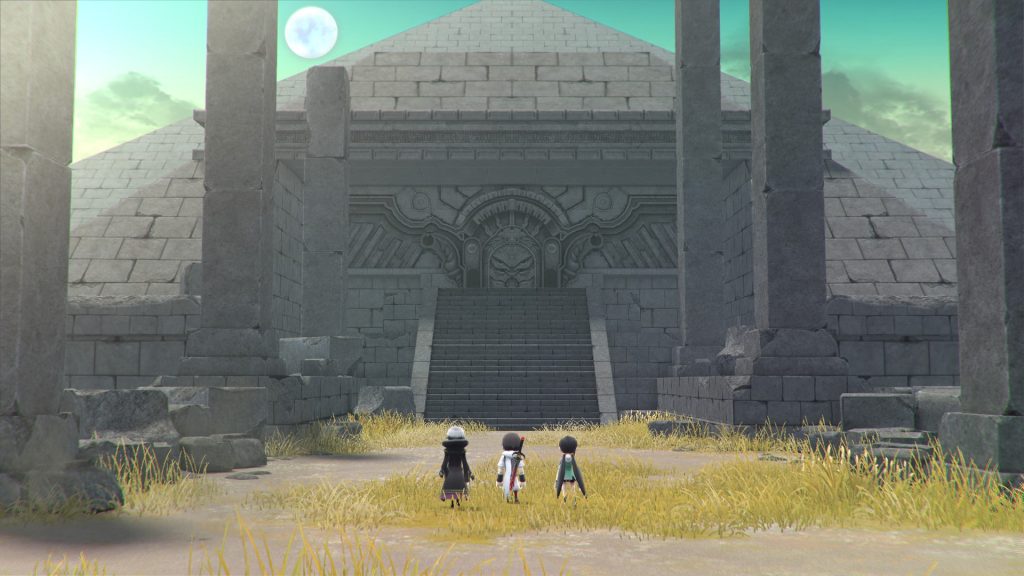 Unfortunately, with that change also comes the loss of a defining, interesting atmosphere. I am Setsuna may have had only one feel, but it was a darn good one: lonely, pensive, and quite conducive to its plodding, dreary story. Lost Sphear doesn’t feel like it has a particularly complementary mood — or any mood at all, really. It’s not necessarily a big negative, but when it was such a strong point in its predecessor, its absence here feels glaring.

If there is one area that Lost Sphear does excel in, it’s its fights. I am Setsuna’s battles were ripped whole cloth from Chrono Trigger: essentially perfect, but also unoriginal. Lost Sphear instead provides something you’d imagine from a spiritual successor, adding a hint of strategy and tactics to the positional battling that inspired it.

Battles are fairly simple. Four of your units engage in ATB-based fights, where they can attack, use items, and skills. Unlike its predecessors, Lost Sphear allows you to position your party when you attack, allowing you to line up your strikes in the most efficient manner possible. Of course, the enemy can use this against you as well, so you have to be careful not to group up. 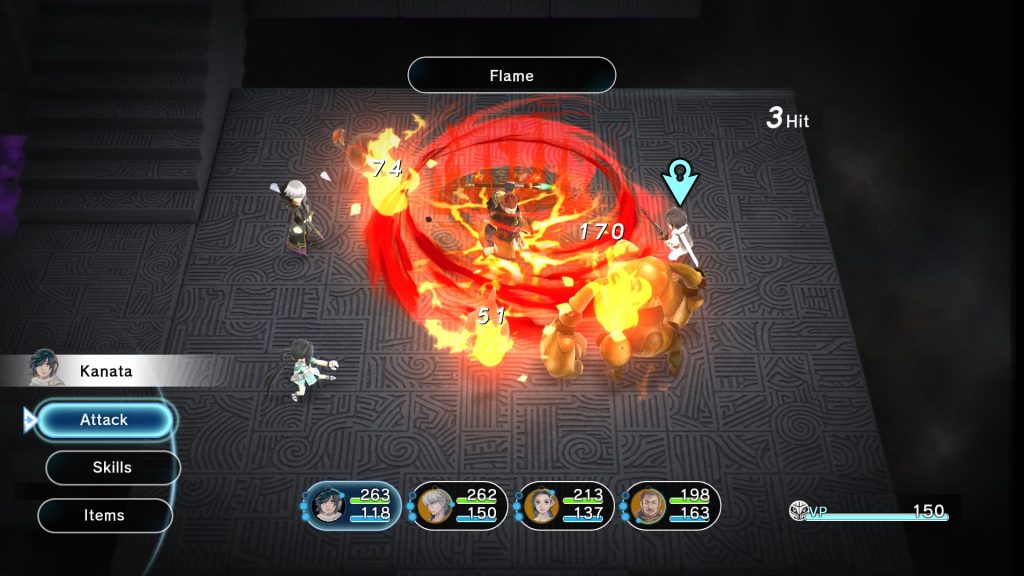 This is assisted by the game’s Spritnite system, a slight evolution of what it was in IaS. Each character has specific skill loadouts that only they can equip — only Kanata can use Cyclone, only Sherra can use Heal, and so on. Each character has a role, and it’s customizable to a degree, which is how I like my JRPGs. A number of them operate in interesting ways too, such as Van with his bits or Lumina with her speedy brawler style.

One of the more unorthodox elements of the battle system is vulcosuits. After a point in the plot, all of your characters will be able to equip/de-equip mechanized armor to change up battles. While mecha are always cool, the way they operated in battle felt strange, as each vulcosuit is highly specialized, unable to execute normal attacks, and is generally overpowered. I didn’t use them for most of the game due to their relative obtuseness, but they feel like more of a novelty than a significant addition.

If there was one issue I had with the gameplay, it was the difficulty curve. Generally it was fine, with most enemies and bosses offering sizable challenges, but there were a couple fights that felt frustrating and downright unfair. One particular boss featured high evasion, regen, a form of attack reflection, and the ability to heal almost all its health back on a whim… and a reduxed version is featured at the end of the game. While there were maybe only a half dozen of these fights across the game, their spikes in difficulty were so egregious they made me want to hurl my Switch through the wall. 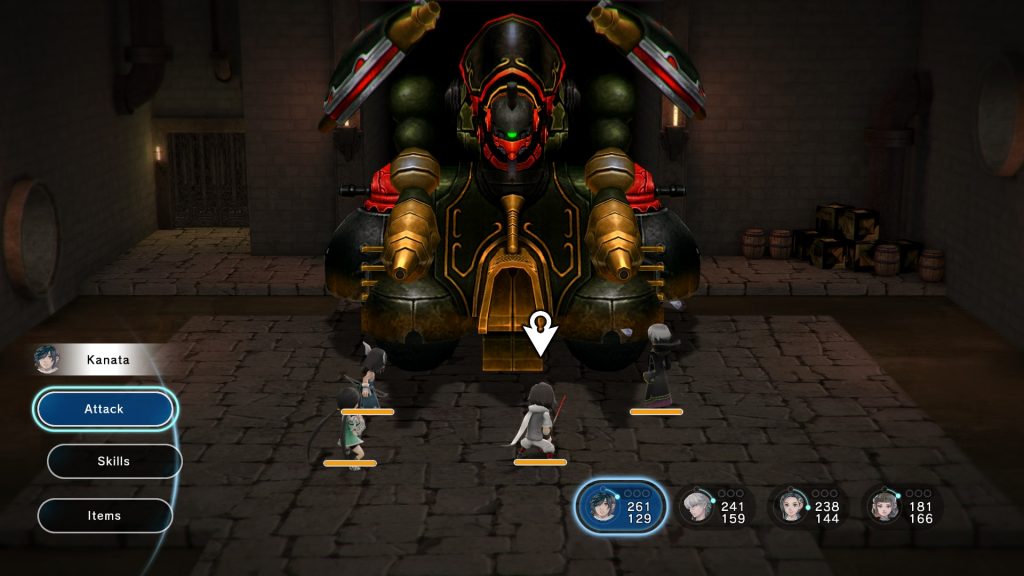 My opinion on Lost Sphear is a bit difficult to characterize. It seems to excel in an area that JRPGs sometimes struggle in — interesting gameplay — while also lacking in what makes them often appealing: a compelling story. While there are a couple interesting moments or twists in the game (it went on a good five hours longer than I thought it would), a lot of it felt like narrative padding.

When you consider the price point, the game is a bit of a tougher sell — $50 for 25 hours isn’t a terrible value proposition, but when you can get the much larger Xenoblade 2 for only $10 more, the upcoming Radiant Historia remake for $10 less, or even I am Setsuna for the exact same price, then it pales in comparison. If you’re a die hard Chrono Trigger aficionado you may still consider it, but it certainly lacks the refinement and quality that makes CT a masterpiece.

Despite that, Lost Sphear isn’t really a bad game. It’s not much of a great one, either. It just sort of lies in between, in that zone of ambivalence, prone to being lost in the cultural subconsciousness. And in a way, that’s a much sadder thing. 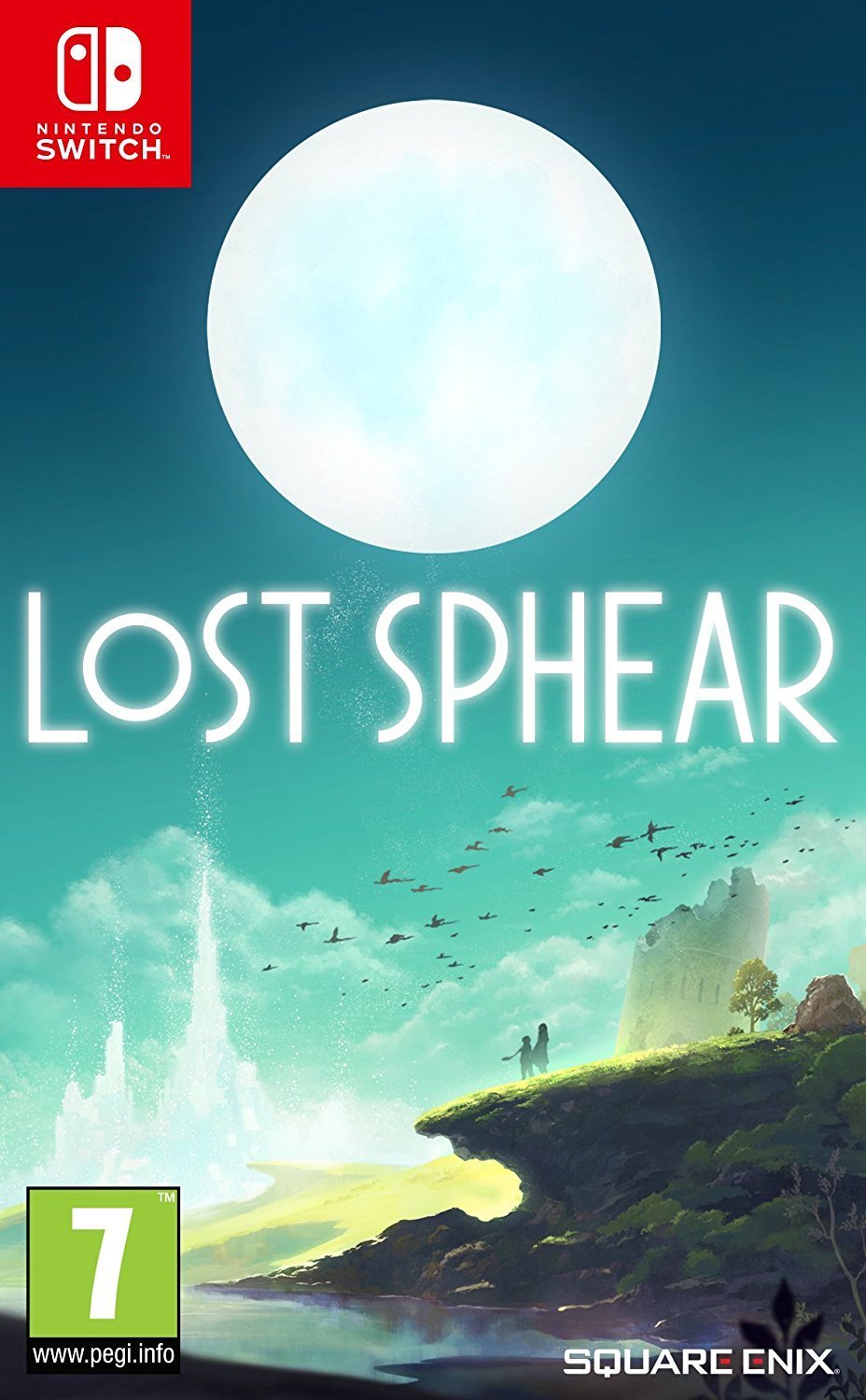