The second half of Nintendo’s 2019 calendar is jam-packed with exciting releases, so it might be easy for a title like Daemon X Machina to get lost in the shuffle. But, Nintendo is doing its best to make sure we remember that the game is launching on September 13th!

The mech-shooter is now available for pre-purchase on the Switch eShop, and it comes with a handful of goodies, including a special Prototype design for your mech, and two bonus costumes for your character. There are also exclusive weapons and materials as a reward for purchasing the game early. 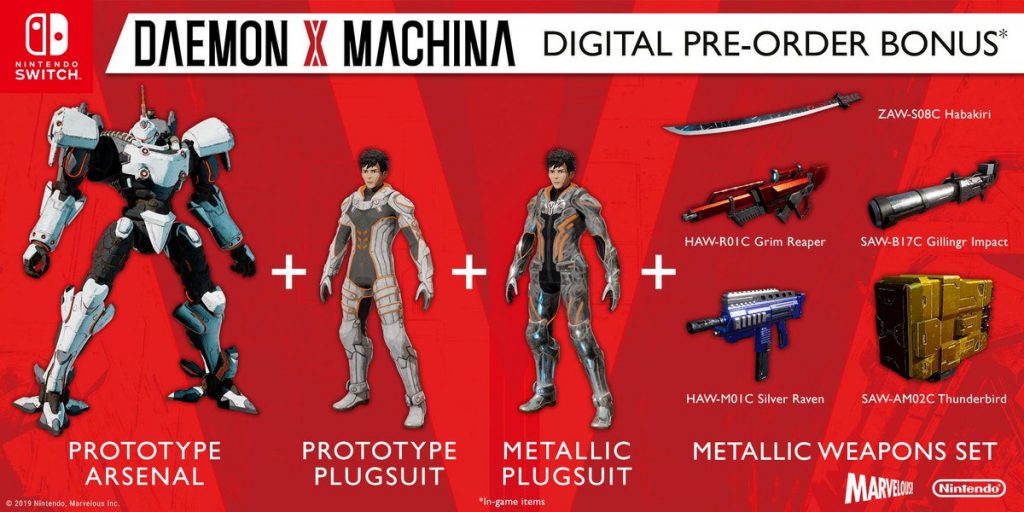 After lackluster reception to the Prototype Missions demo earlier this year, Nintendo released a trailer showing off the changes the developers made based on player feedback. The game looks a lot snappier than it did earlier this year, and it’ll be interesting to see how it plays when it launches next month!