The battle royale we never knew we needed in our lives is hitting a new milestone. Tetris 99’s humble beginnings as a digital-only free-to-play title (with a Nintendo Switch Online membership), to a base online game with an offline-DLC pack, is now getting a physical version.

Currently, this version is only planned for Japan, releasing on August 9th. Priced at 3,148 yen + tax (roughly $29.05 + tax), the boxed game comes with the base game, DLC pack, and a 12-month subscription for Nintendo Switch Online. Between the announcement on Nintendo’s Japanese site and an Amazon.co.jp listing, there isn’t any clear mention of the actual game being pressed onto a cartridge or if a download code will be inside the case. A major requirement for physical media collectors, you may want to wait before attempting to import this version of Tetris 99. 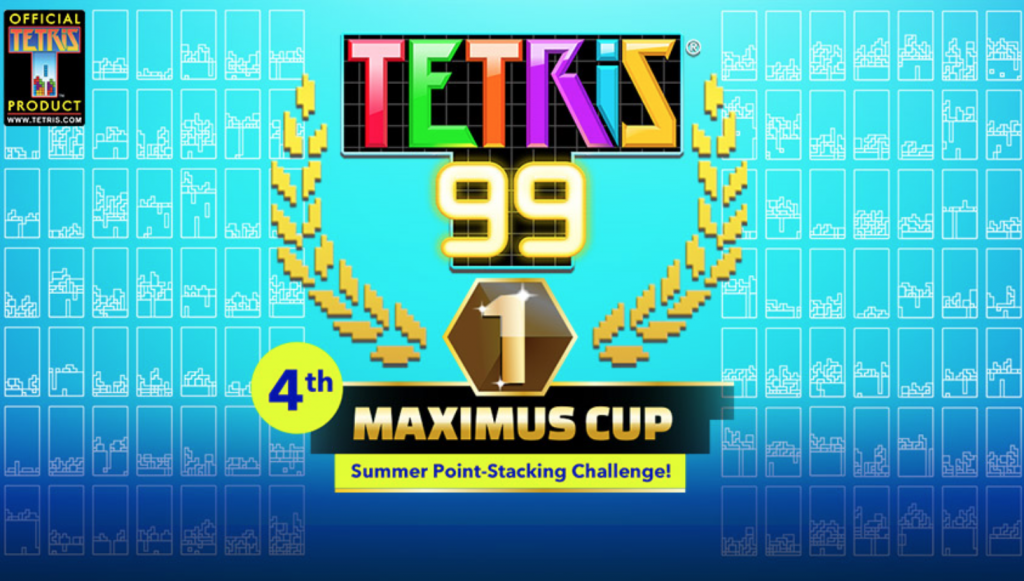 In the meantime, Nintendo is starting up another Maximus Cup this weekend. The following information has been posted on Nintendo’s site:

Are you ready to put your hard-earned skills to the test? Beginning on June 21st, if you have a Nintendo Switch Online membership,  you’ll be able to participate in the Tetris 99 4th MAXIMUS CUP online event! Players can accumulate event points by playing matches during the online event period. Placing higher in a match will award you more points.

The event will be:

At the end of the tournament, the top 999 winners will receive 999 My Nintendo™  Gold Points! Potential winners will be determined by the highest event point accumulation.

Kick back and relax (or panic) this weekend as you play against 98 puzzle aficionados for bragging rights and some free digital Nintendo currency.