Dexit, part 2 – fallout, fatigue, and the fracture in Pokémon’s fanbase

This article is a follow-up to a previous thinkpiece about the so-called “Dexit” situation. It’s recommended you read it for full context before moving on:

A few months ago, when Pokémon Sword & Shield were initially announced, the reaction across the internet was predictably mixed. There were those who complained that it didn’t feel like the overhaul the series needed, those vexed that it appeared it would be another standard Pokémon generation like always, and those who were just happy to see the new designs and prep themselves for a new generation. At the time, I assumed – months down the road – that upon the game’s release, we’d see the same broad fan reception that the last several generations have had – the silent majority by and large appreciate it, a certain contingent loves it for its little fixes, another bemoans its deficiencies and once more declares that the games haven’t been fun since Generation [x]. It’s gone on this way since… well, arguably Gen III or IV. What would be different this time?

Admittedly, the game hasn’t been released yet, so it’s too early to say whether that cyclical portent will come to pass. But if the current climate is any indication, things this time might be different. 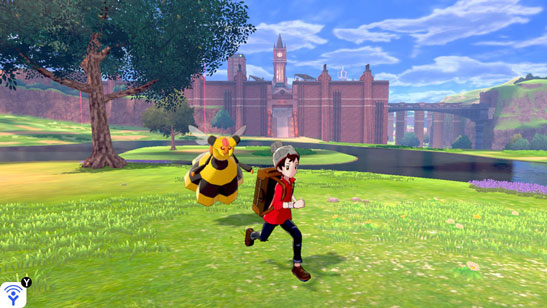 I have to admit that the blowback to Dexit has exceeded the level I thought possible. People are out for blood, calling Game Freak incredibly lazy and entitled while reprobating them for their perceived excuses as to why not every Pokémon will be back in Sword & Shield. Beyond simple criticism, I’ve seen people call Game Freak a garbage company and demand that the IP be handed off to somebody else. Even in the comments for the previous piece, one denizen stated that any person who bought the game would be “no friend of the true fans.” As if one’s moral fiber is constituted by whether or not they buy a Pokémon game… which – and I hope this doesn’t come across as a controversial stance – I find a tad ridiculous.

It’s not as if the uproar is unwarranted – far from it. I said it last time and I’ll say it again: I think this omission is disappointing, regardless of the validity of the reasons for it. But why is the level of vitriol so high? Why are people so ballistic over what should, ideally, be something people can politely criticize and then move on from?

Dexit, for all the flames it’s ignited, didn’t start the fire. If anything, the fire’s been going since… well, arguably the beginning of the franchise. The concept of “Genwunners” and their ilk isn’t exactly a new one – people have been contesting the quality of each subsequent generation since time immemorial. Gen II was generally seen as a wholesome improvement over the first (with some exceptions) but every subsequent set of games has detractors and defenders, just as many claiming a return to form as there are those crying doom and gloom for the franchise.

So what’s the seed of this discontent? 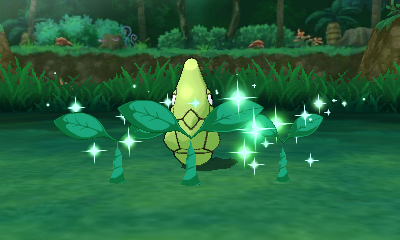 Pokémon is generally perceived as a franchise that is unchanging. And yet, ask certain fans their opinions and they’ll say it just hasn’t been the same since a certain set of games. I don’t think this is hypocrisy or even a contradiction – it’s simply different subsets of the Pokémon playing public voicing different opinions. And it’s in that divide between familiarity and innovation that Pokémon faces its great identity crisis.

For the first several generations, Pokémon was by and large completely additive. Gen II added more features than Gen I (breeding, berries, shinies, types), III stacked more on top of that (natures, abilities, contests), and IV did the same (physical/special split, online features). It’s true that the layout of each game differed – nobody was able to pull off the double region bonanza that Gold/Silver did – but in terms of depth and complexity each game was stacking things on top of one another, so to speak. So too were they adding Pokémon, with both completely new hot tickets like Lucario and by adding new evolutions to old Pokémon.

And, of course, at the time there was that faction that lamented the loss of the olden days. “There were just 151 back then,” they claimed, with none of the superfluous fluff that clogged the titles to some degree. The stories, too were growing a bit stagnant, following fairly similar patterns and tropes. So starting Gen V, there was a bit of a “soft reboot” – a new region with all new Pokémon, a story that tried to be a little more mature, and incremental little changes like easier wireless connectivity and refinements. There were little additions too, but it was an attempt at recapturing the magic. 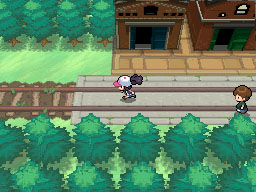 And some (like me!) took to it. Others, of course, did not. The region was too linear. The story, while it tried, was filled with moral holes. And to the faction that was expecting more of a change, it was ultimately much the same. Game Freak, I had to imagine, looked at this and realized it didn’t curtail to everybody’s taste. So they’d try different kinds of reinventions to different degrees. So began the era of “gimmicks” – Mega Evolution in Gen VI, and Z-Moves in Gen VII (which were also an attempt to regain some of the market capital lost to Yo-Kai Watch’s plastic peripherals). Now it continues with Dynamaxing in Gen VIII. There is a clear attempt to add something to the Pokémon formula and freshen it up – the question is, what is that something?

Again, it depends on who you ask. And there’s the crux of the matter.

For all the people who lament the loss of Pokémon’s quality, there are just as many – probably many more, in fact – who simply keep playing the games and having a good time. Sure, they like certain generations more than others, but by and large they’re at least content with the formula. For some, the familiarity and timelessness of Pokémon might even be considered a good thing – like going back to a favorite hometown joint and discovering the greasy burgers taste just as good as you remember. The reality is that some people are simply fine with Pokémon being incremental and largely the same between entries, because… well, that’s what they like. Whether or not that’s a reasonably position or not is up to you, I suppose.

Now, I don’t mean to imply that anybody with grievances towards the games is a nitpicker while those who bald-facedly enjoy them are in the right. There are plenty of legitimate criticisms out there, and this situation is a clear example of Game Freak missing the mark. But I think the reason the company hasn’t done a BotW style overhaul in the ~25 years of the franchise is because they are considering that silent majority that, let’s be honest, will probably play a new Pokémon game so long as there are some cute critters and a couple new fresh ideas to boot. So over time, there’s a growing perception by the vocal minority that their complaints aren’t being heard – and with each subsequent generation, the dissenters become louder and louder.

Even so, that doesn’t quite explain just why the rhetoric is so pitched and venomous. But I think the reason for that lies in the reason they care so much in the first place – people have a very big sentimental connection to Pokémon, arguably more so than just about any other Nintendo franchise. For many, including myself, it formed some of their earliest and fondest gaming memories. It was a way to form connections both with pixels on screen and classmates on the playground. At the time of its release, there was little else like it on the market. 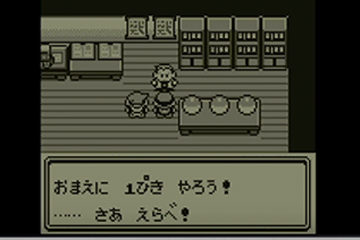 But people grew up. For some of them, that original spark simply wasn’t rekindled in subsequent years. And I can’t judge them for that. Even though I still enjoy the franchise on a consistent basis, I can understand the frustration and heartache of something dear to you as a kid growing stale and bland as you grow older. It’s only natural to feel that there was something “different” about the older titles, that it’s about them, not you. And maybe it is. But you can’t claim that Pokémon hasn’t changed and then turn around in the same breath and state that the older ones were better by some metric – unless the source of your discontent is that you’ve grown tired of the formula, which is perfectly fair, that argument just doesn’t make a lot of sense.

I think it’s important to recognize too that Game Freak has a tricky task in store for them as well. They’re appealing to the widest possible pool of customers with every entry, attempting to court new players, maintain casual interest, and appease hardcore afficionados in equal measure. That can’t be easy by any means. And to me, at least, I think they do try. But as this situation shows, when that effort is pitted against the immovable block of a release schedule, and the constraints that come with it, sacrifices will be made. But this sacrifice is not one that I, or many others, wish to make.