As we previously reported in March, Dark Horse announced they would be localizing of The Art of Super Mario Odyssey. Returning to Polygon again for the exclusive, we now have a small glimpse into the book’s English version with four page-spread previews. 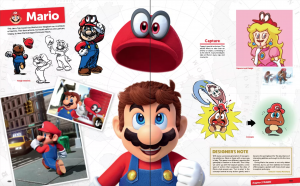 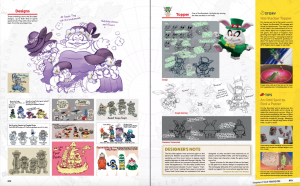 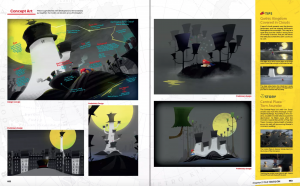 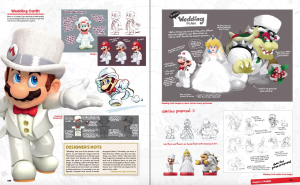 Translated entries dedicated to Mario, the Broodals, Cap Kingdom, and the wedding attire that the amiibo figures wear made the cut for this first look. Hopefully, Dark Horse can release a few more images during this summer, or announce a limited edition print run before the book’s release on October 22nd.

Wanting the book for your collection? You can pre-order The Art of Super Mario Odyssey on Amazon right now in both hardcover and digital editions.