So, Pokémon Sword & Shield have been announced, and like many predicted, its setting is quite clearly based on the United Kingdom. As a local, I figured I’d try my hand at comparing the Galar Region’s landmarks to real-world equivalents, though it’s worth noting that there’s no guarantee they’re deliberate direct parallels – it’s all just a bit of fun!

First up we have one of the country’s most notable landmarks – Big Ben. It was guaranteed to show up in any region based on the UK, just like how the Eiffel Tower was guaranteed a spot in Kalos, though its placement isn’t nearly as exact this time around. In the far north of the region, the opposite of London’s placement, lies a building not dissimilar to the Houses of Parliament with a clock tower nestled behind. While there’s another tower in the middle of the region, this one is much closer in appearance.

Similarly, right behind it is a Ferris wheel, likely referencing the London Eye.

Just south of that city is a snowy mountain range. Now this one is more exact to the UK’s geography, likely representing the Scottish Highlands, which can be covered with snow during the autumn and winter months. 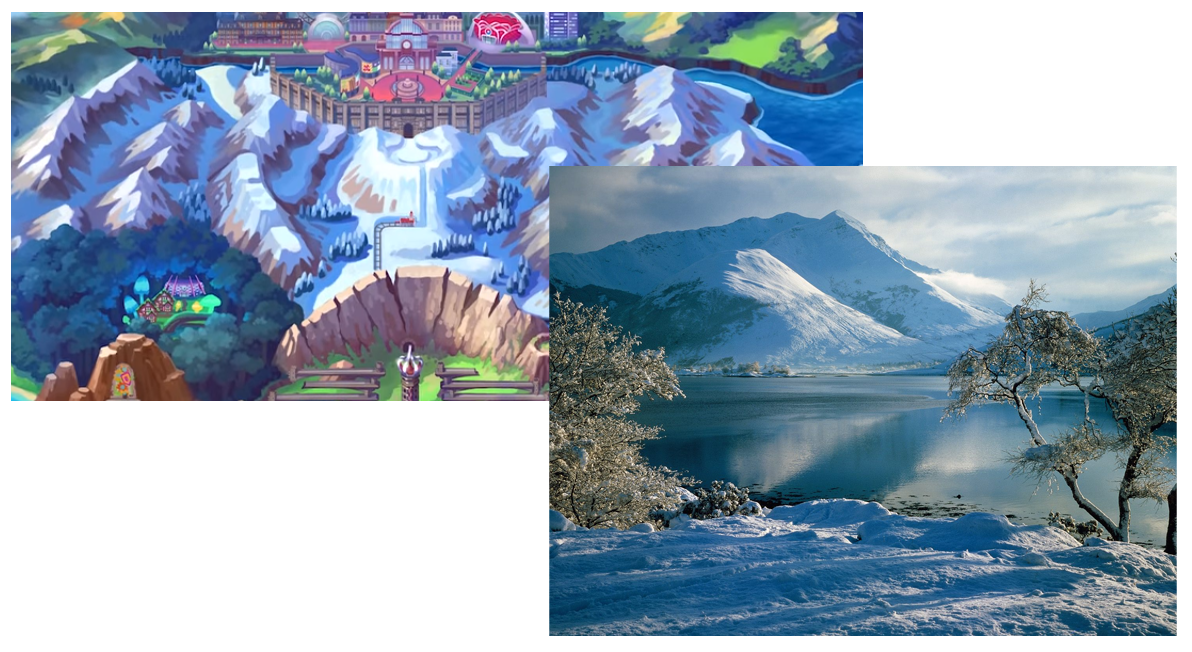 Also note the various railways, which are iconic of British culture and history and are represented throughout the Galar map.

Next we have another area that was something of a given – a massive castle. While there’s no direct parallel I’m aware of, given the crown atop the central tower, it could be a take on Windsor Castle, where the modern-day royal family typically takes up residence. Given the castle’s overall placement on the map it could also represent Hadrian’s Wall, which was erected by the Romans as an early divide between what would one day roughly become England and Scotland. 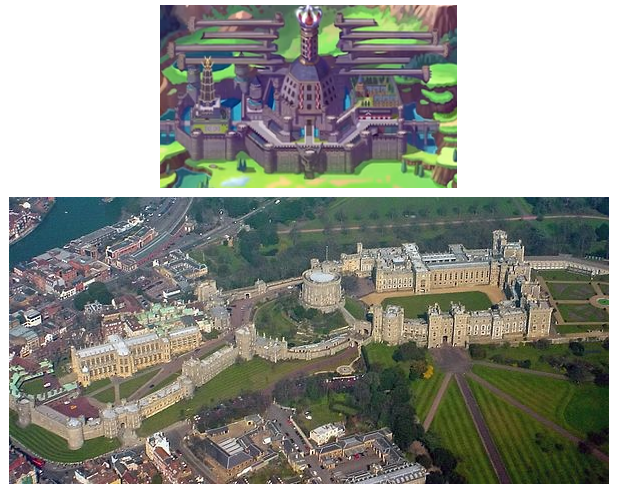 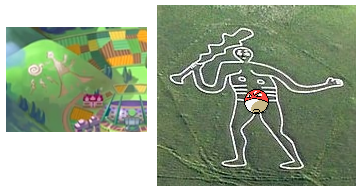 And on the subject of old relics, we have another one of the obvious pulls – Stonehenge. While there doesn’t seem to be any direct parallels to the ancient structure, there are plenty of scattered rocks that bring it to mind. 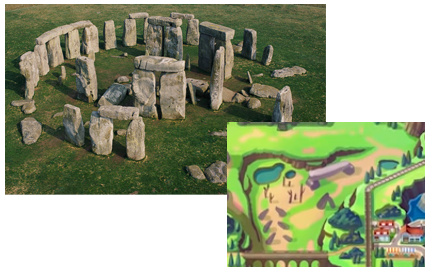 Now back to civilization and we have a port town. Given England’s history of seafaring, it’s a little surprising we only spot one port town on this map, so it could represent many different cities, but given its geographical location is most similar to that of Newcastle, let’s compare it to that.

Then we have the central city which seems to be something of a focal point in this early marketing, clearly representing the industrial revolution, with its red bricks and towers of steam. Various cities could fit the bill, but given its geographical location and the central tower’s design, it seems to be a riff on Manchester.

Next up is another natural location, the central lakes. Given their prominence, I’d say they’re referencing the Lake District, although they’re further south than they should be.

Finally, we have all of the farmlands in the southernmost part of the region. Farms are pretty universal, so there’s not much to point out here, though the hastily put together stone fences glimpsed in the trailer do recall how farmers have historically pillaged old ruins to fence in their animals. 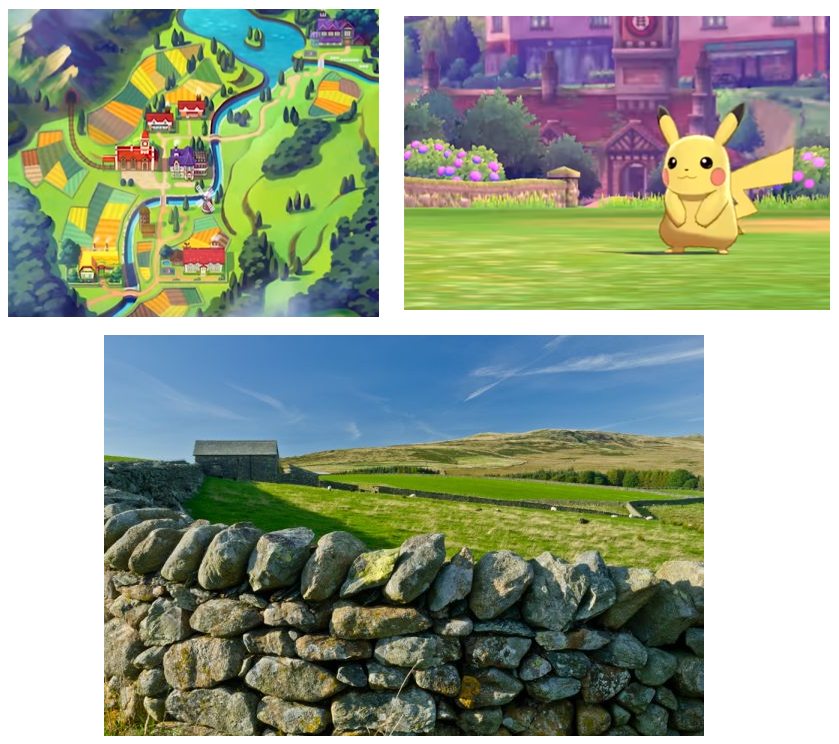 So that’s that! If you spotted anything else on the map be sure to let us know in the comments, as well all eagerly await the launch of Pokémon Sword & Shield later this year!