Love ‘em or hate ‘em, Battle Royale games are all the rage these days. Typically reserved for first and third-person shooters, many were surprised to learn the beloved classic puzzle game Tetris would be entering the fold. I’ll admit I was the first to give it a passing eye-roll. Yet while most my friends arm up in Apex I can’t seem to tear myself away from bringing the blocky beatdown to my enemies — an impressive feat given the genre never had any significant hold over me to begin with.

For those of you living under a block and never tangoed with some Tetriminos, Tetris is a puzzle game about sorting falling shapes into horizontal lines. The more lines you clear, the faster they drop until you eventually run out of space and get overwhelmed with the entire endeavor. Basically, if you’ve ever packed a suitcase or organized a kitchen pantry, you’ve played Tetris before.

As if a regular round wasn’t stressful enough, the battles of Tetris 99 squeeze nearly one hundred players into its multiplayer mayhem. Of course, when it comes to winning there can be only one, and in the struggle to become the next Highlander players ruthlessly knock each other out by quickly clearing lines and sending garbage blocks to the screens of their competitors. 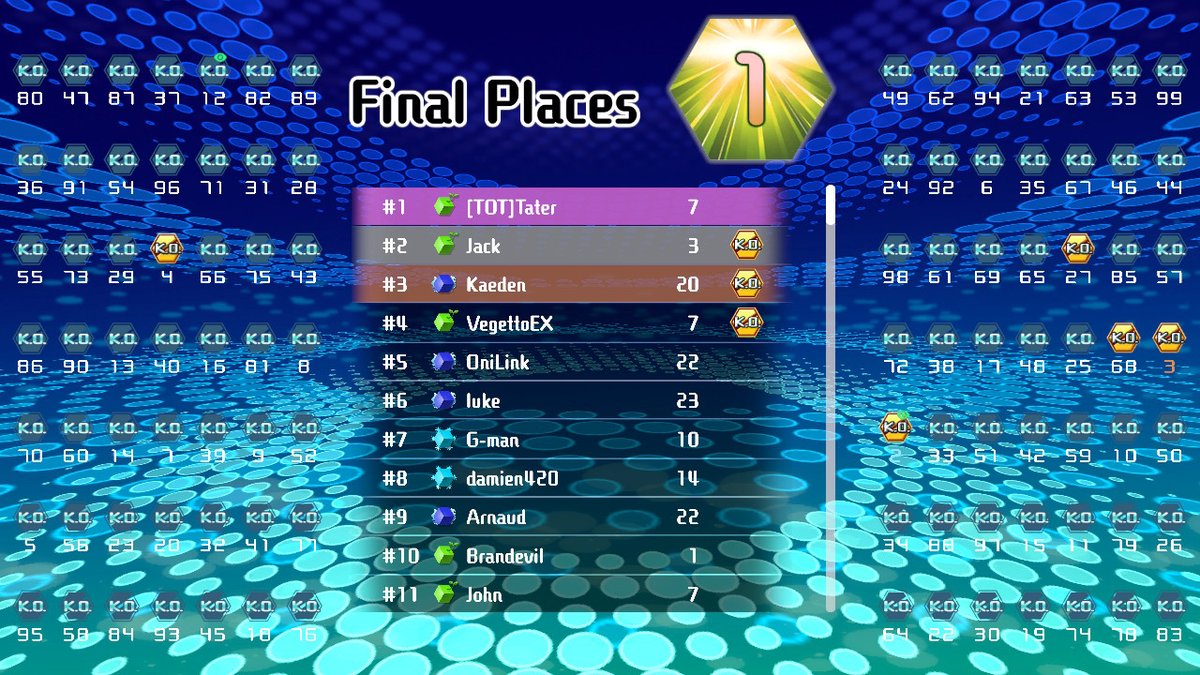 This added level of chaos introduces a new layer of strategy to the stacking that’s both incredibly fun and surprisingly deep. With a flick of the joystick you can attack either specific players or choose from a selection of presets, like those currently targeting you or closest to death. Do you gang up on the player with the most kills and risk getting caught in their crosshairs, or play conservatively and only attack at random? Do you go after those on the verge of death to rack up kills, or simply focus on staying alive and letting others paint a target on their back? It’s a delicate risk/reward system that’s not always easy to manipulate in the heat of the moment, with lady luck sometimes dishing out a bad hand.

More often than not, though, survival is determined by where you pile on the pressure. That’s because racking up KOs earns you more than just bragging rights. I’m still experimenting with the specifics, but from what I’ve gathered the more KOs earned during a match the more bonus lines are added to your attacks. Since knocking out players who themselves earned KOs adds their total to your own pool, it’s an important tactic to master for anyone trying to consistently place at the top.

One of the coolest aspects of Tetris 99 is without a doubt its intuitive interface. The boards of all 99 players are plastered live on-screen at all times, giving you a clear visual indicator of how each one is performing. A web of flashing yellow lines reveal just how many of your rivals have you in their sights, mimicking the panic and dread felt when laser targeted by Breath of the Wild’s Guardians. As the competition dwindles both the music and speed of falling blocks pick up in pace, adding a sense of urgency to each shifted shape placed. 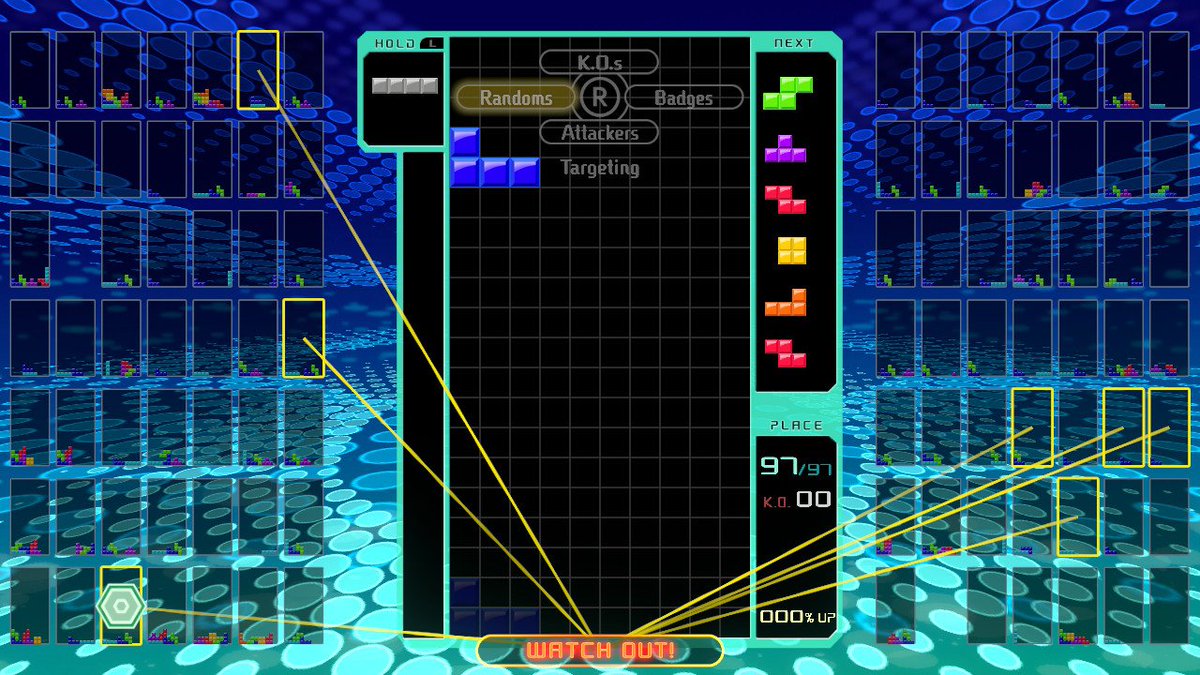 Sadly, Tetris 99 is pretty barebones when it comes to features and gameplay options. Most notably it’s got just the one multiplayer mode to indulge in, meaning those expecting to go solo without a paid Nintendo Online subscription need not apply. Earning experience points and leveling up at the end of each round is a nice touch, but serves no purpose beyond a glorified progress bar highlighting the amount of time spent bitten by the block bug. It would have been great to see some unlockable board themes to earn or proper leaderboards for sharing various accomplishments. At the very least, there’s a stats page that gives insight into play time, lines cleared, knockouts and more, but it’s nothing to get too excited over.

In its current state there’s no matchmaking between friends, either — a major disappointment and faux pas unheard of for the Battle Royale genre. Fortunately, more features and events are scheduled to debut throughout the year, so there’s hope bustin’ blocks alongside a buddy eventually makes the cut.

Tetris 99 ticks all the right boxes for a highly addictive arcade experience. Borrowing from the best of Battle Royale games rounds are rapid-fire, fierce, and unpredictable, resulting in some of the most tense, adrenaline fueled multiplayer matches around. Should some new gameplay variations and the ability to play with friends be added over time and we might be looking at the best rendition of the classic puzzler created to date.

Oh, and did I mention it’s completely free?