Sega Ages Out Run runs like a dream on Switch

Some games are incredibly easy to identify from across an arcade, and near that top of that list for me is Out Run. First released in 1986, the sit down cab and bright design mimicked its in-game ride and captured a certain, special feel immediately. Once you started playing it and hearing that soundtrack (which you always got to choose), it became clear that the game was something special. Though it’s showing its age in a few ways and games have come a long way in the years following its initial introduction, I’m not about to say no to another chance to hit the European countryside and throw on some “Splash Wave” in Out Run on Switch.

Conceptually, Out Run is a drive through predetermined courses. There’s no stopping throughout the trip, giving the player the experience of one long, continuous journey. While there’s traffic, the only real enemy in the game is the clock, as you have to reach preset checkpoints before it hits zero — or your run is over. After the first section, there’s always a fork in the road that lets you choose, and it has the potential to make runs different and get you back to pumping quarters. That’s not an issue on Nintendo Switch though, as the Sega Ages Out Run release will set you back just $7.99, and it packs in not only everything great about this title from the past, but some new extras that make it stand out from previous releases. 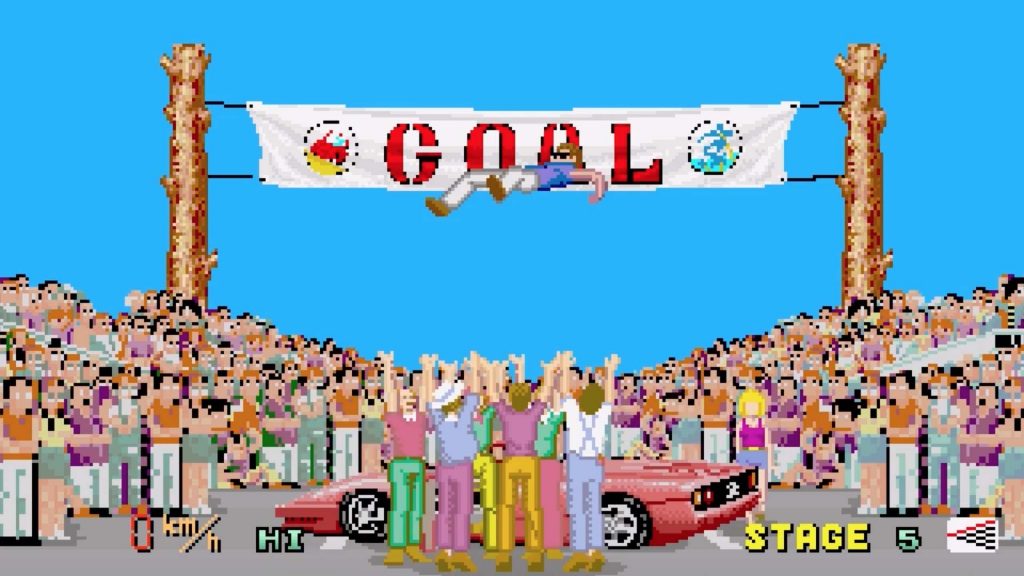 With respect to gameplay, Out Run on Switch is everything it needs to be. The multi-route driving experience is running at a smooth 60fps and is a joy in both handheld and docked mode. It’s the kind of simple and undeniably addicting concept that could only come out of the arcades, and it stands as one of Yu Suzuki’s finest. It’s a game meant to be played over and over as you like, either to give you the opportunity manage it all faster than previous runs or just because you want another sweet ride.

If you’ve never been a fan of the game’s traffic, don’t fret: you’re now able to turn it off completely if you so choose. You can also extend the amount of time you have between checkpoints and eventually unlock parts for your car that mitigate obstacles, like driving off-road or crashing. Purists might balk, but this is perfect for Sunday drivers or those who want a little driver’s ed before really hitting the road. 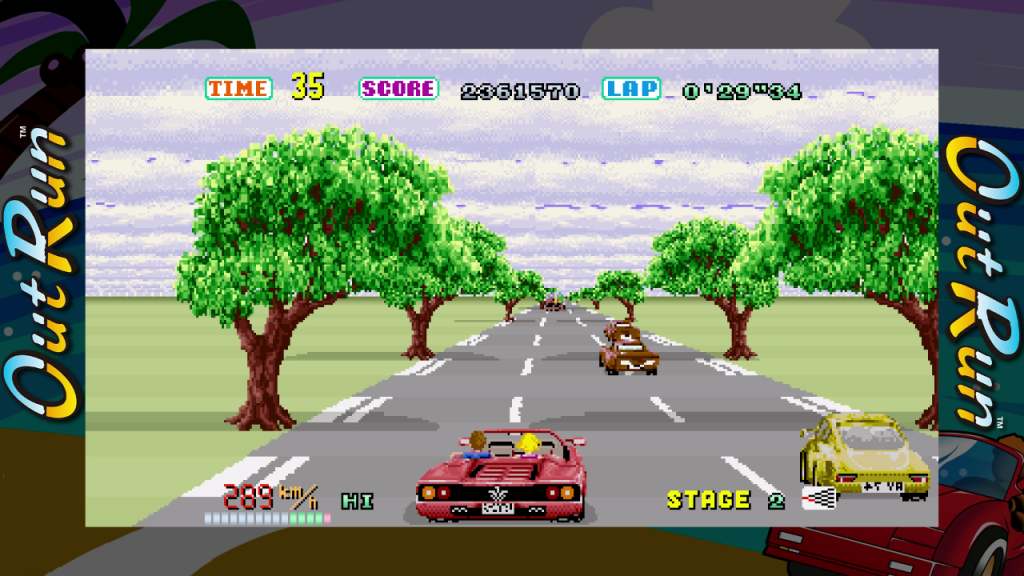 New to this release are motion controls, which do their best to capture the arcade feel of a steering wheel. The feature works well, and while it doesn’t quite replicate the original experience from the arcade, it’s the kind of extra that really works in these Ages releases. There are also online rankings now, allowing you to see how your times stack up to others’ submissions. You’ll also find various other options, like switching the game from the original Japanese layout to the international one, and the ability to turn on scan lines and other visual filters, as well as simulate views of the game’s original arcade cab.

Also along for the ride are some of the features and unlockables that were new to the 3DS release, including the new music tracks. There’re actually even more this time around on top of that, giving you plenty of choices to drive to. Some of these are from later Out Run games, de-made to suit the original; and while I’m partial to the originals, the new additions go a long way to capture the mood of a run. 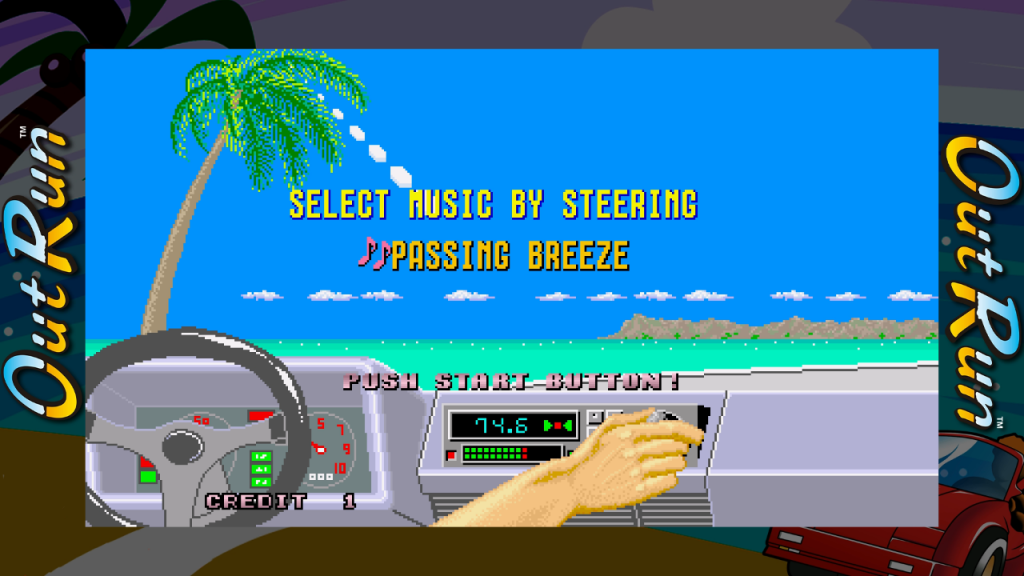 Ultimately, Out Run is a game that you’ll understand immediately and can play forever. The appeal lies in the drive itself. Whether you know exactly where you’re going or just turn into the unknown every time, it’s a game that driving and racing titles to this day owe something to. If you’ve never experienced it yourself, this release marks what might be the new definitive, and another amazing finish for the Sega Ages lineup — and I can’t recommend the pickup enough.