Limited Run Games has lifted the veil on its release of Shantae and the Pirate’s Curse Collector’s Edition. Just like the company’s standard physical version of the game, pre-orders for the CE will officially open on December 7th. 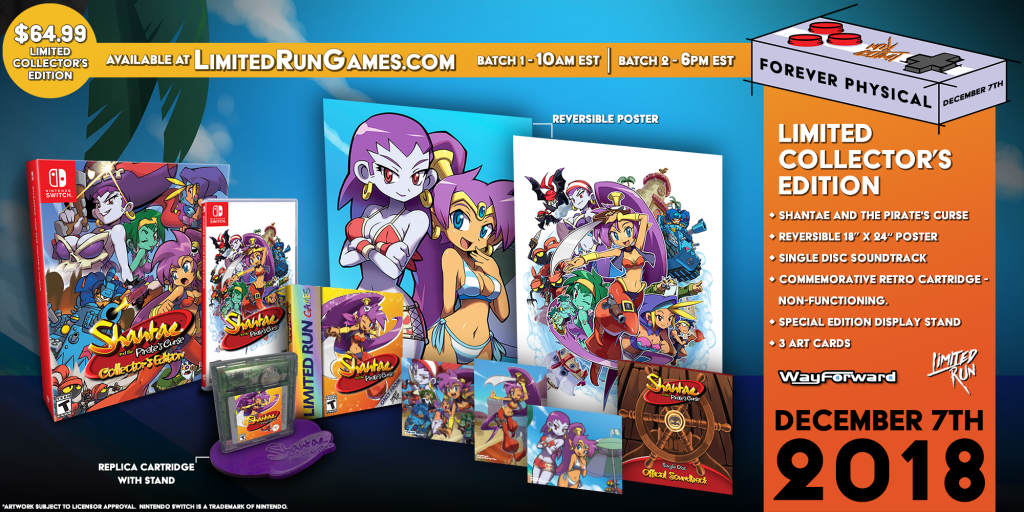 Check out all the goodies included in the Collectors Edition:

If you’re interested in securing yourself this fantastic assortment of Shantae memorabilia, limited to just 2,900 worldwide, make sure to bookmark the Pirate’s Curse Collector’s Edition listing and refresh that page when the time comes to place orders at 10 a.m. ET on Friday. Keep in mind that there’s a limit of two CE orders per customer!

You can expect orders for both the standard version and the Collector’s Edition to ship in early February.

It seems that there has always been, and there always will be, a wonderful, endless stream of Shantae news. Limited Run Games is making sure that flow keeps coming, as the company has just announced via Twitter that Shantae and the Pirate’s Curse will be receiving a physical release for the Nintendo Switch this December 7th. 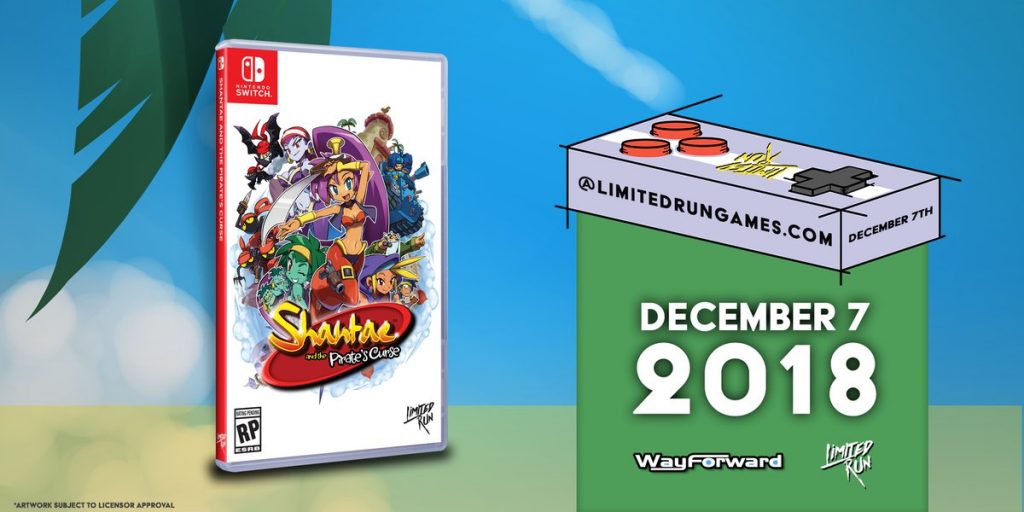 As detailed in the announcement tweet, the standard edition will be an open pre-order and the Collector’s Edition will be offered through a Limited Run sale. Pre-orders will close on December 21st, and orders are expected to ship out in early February.

More details about the CE will be shared soon by LRG — we’ll make sure to report back with them. Until then, have a gander at the shop’s page for Shantae and the Pirate’s Curse for Switch!