UPDATE: Blizzard has officially unveiled the Loot Goblin amiibo via the official Diablo Twitter account. This amiibo (which we previously referred to as Treasure Goblin) also comes in a very un-amiibo styled box. Expect this little guy to hit store shelves in December. Stay tuned for more details as we get them!

Where there are goblins, there is treasure to be found! Summon your own portal to untold riches with the exclusive #DiabloSwitch Loot Goblin amiibo – available Dec 2018! pic.twitter.com/jLe4vMmkcH

Thanks to Destructoid, we have a clear image of what the upcoming Treasure Goblin amiibo could possibly look like for Diablo III: Eternal Collection on Nintendo Switch. The outlet shared a hi-res screenshot of the figure alongside Joy-Con and a Pro Controller in-game. Check it out: 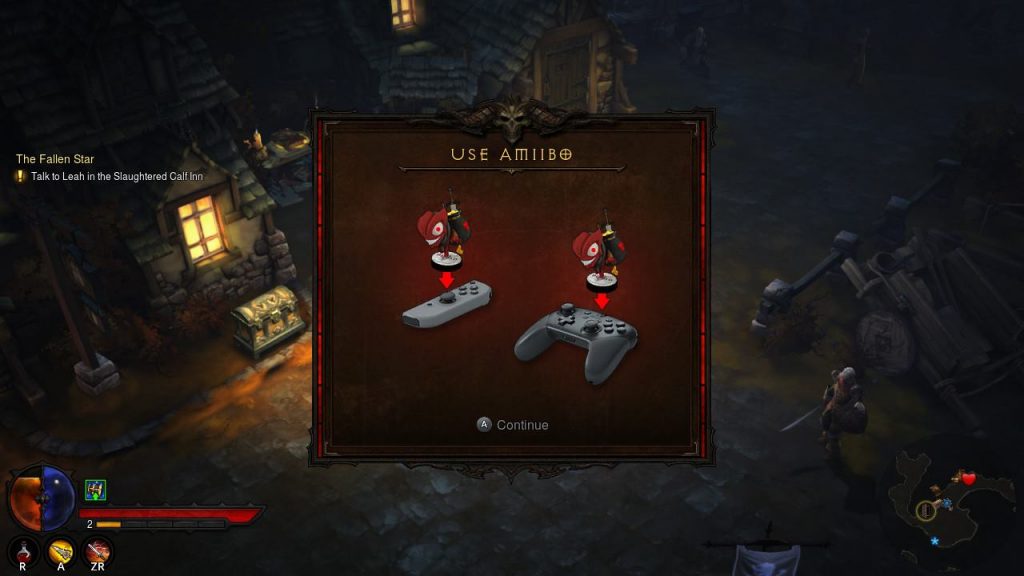 People are still speculating that we’ll receive an official announcement from Blizzard during the events held at Blizzcon sometime this week. Stay tuned, as we’ll report more news on this as it becomes available.

Dataminers have found evidence of three different Diablo III amiibo that will be compatible with the game on Switch.

The news comes from reddit user /u/justMaku, who revealed that game supports three amiibo — a default/generic character, a treasure goblin, and a demon. The former two will spawn a portal leading to a location that currently can’t be determined, while the demon amiibo will… spawn a powerful demon that you can kill. They can be used both locally and online, and have lengthy cooldown times — 45 minutes for the demon, and 22 hours for the portals.

Blizzcon is coming this week, so it wouldn’t be out of the question for the company to reveal the amiibo there. Stay wired for more news regarding the amiibo as details become official.