Note: During our pre-release review period, we were unable to test online play. What follows is based on an offline playthrough.

These days, it’s rare to see a game become synonymous with a part or potential of the medium. Something like a quote or UI element might go memetic, but these are rarely the lifeblood of their products. When it comes to creating and defining something in one fell swoop in the last decade, one need only look at Dark Souls. FromSoftware’s haunting world demands respect, not just from those taking on its synonymous difficulty, but for how well it’s designed. Plenty have lauded and fallen deep into both the gameplay and mystique of the series before me, and yet it remains as addictive and engrossing as ever.

That said, it was by no means perfect, and that brings us from its original release to the present day. Now Remastered and making both its Switch and Nintendo debut, Dark Souls strives to right some of its wrongs and bring a new generation of nearly-Hollowed into Lordran. If you always wondered what was worth so many deaths, retreads, and deaths again within the series, or just miss the kindled warmth of familiar Bonfires, then Dark Souls: Remastered has arrived and is ready to stick with you wherever you may go.

Let me guess. Fate of the Undead, right?

At its core, Dark Souls could be called an action RPG in that you traverse its world, accumulate experience and gear to upgrade your character, and do so with an active combat system. Shorthanding that is a disservice to the game, however, as what carries itself in a way both distinct and different from its contemporaries. Combat is purposefully weighty, with every action taking commitment on your part when it comes to timing. Engagements with multiple enemies at once are rarely beneficial — luring single targets and dueling them to the death makes things not only safer but more satisfying in your ability to out-move and eventually defeat anything you come across. 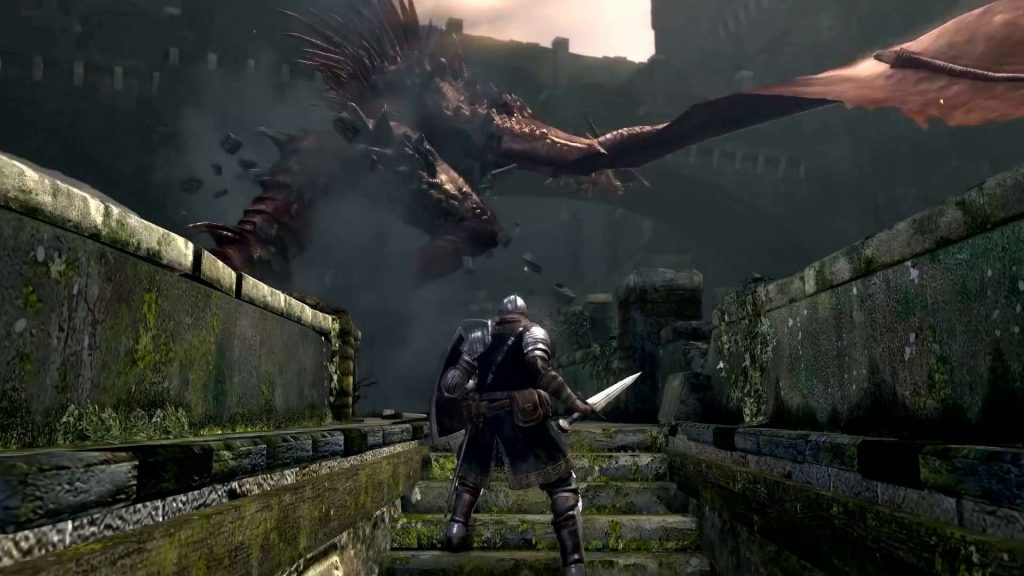 That won’t come easy, however, due to the series’ most known element: its difficulty. Deaths will come repeatedly at the hands of enemies new and familiar at every turn. Ambushes and traps are waiting to blindside you and hammer the idea of trial and error into your brain. It’s a recognizable and mostly fair difficulty, one that gives you the means to overcome it if you can learn, adapt, and continue to grow. By game’s end, routes that were once nerve-racking come second nature, highlighting your growth as both a character and player, but the game can still end you if you give it an inch. And, of course, every death robs you of all your accumulated souls (a hybrid of experience and currency) and more, just to remind you that every lesson has a cost. All’s not lost, though, because if you can return to where you met your end without dying again, there they are — waiting for you in your own former bloodstain.

The triumph of a hardfought return journey is so satisfying — even if you end up dying just a little bit further ahead next time. This creates Dark Souls’ established loop, another defining factor and easily its most tantalizing. In being so brutal and unapologetically against your progress, Souls games dare you to overcome them at these turns. Finding new Bonfire checkpoints or shortcuts to expedite returns alleviate this pressure momentarily, but you’ll come across some new and unforeseen threat that’ll grind you into the ground face-first and step on your now-dissolving corpse soon enough. 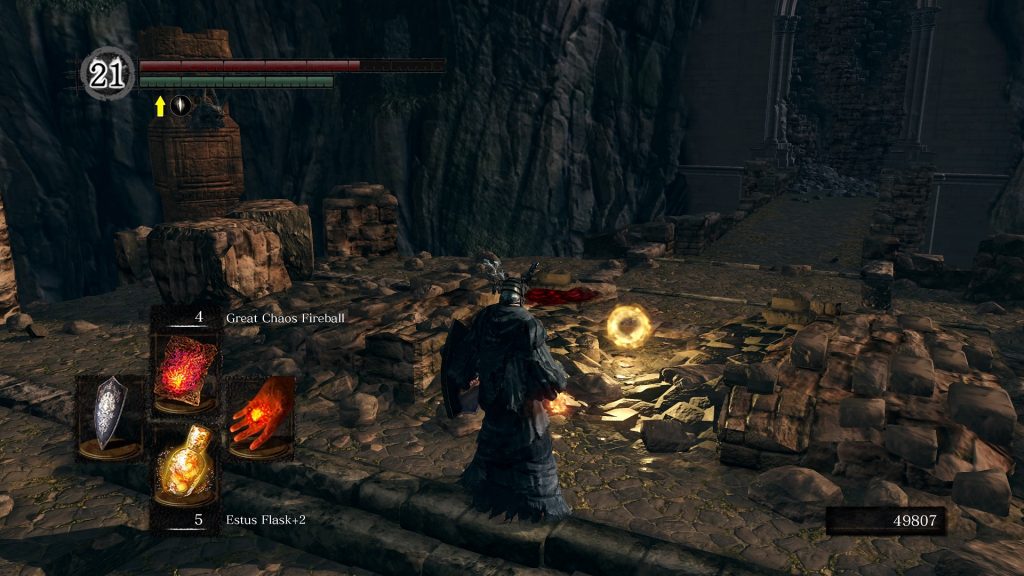 It might not be for everyone, but seeing these failures always drove me to come back and try something just a little different. There’s plenty of ways to do that, as well, with hundreds of equipment options. Choosing a class at the beginning of the game only sets you up with starting gear and some stat differences. How your character grows and what they specialize in is ultimately up to you as you cash in souls to increase your stats slowly but surely. What armor you wear and how heavy it is affects dodging speed or your ability to stand your ground when shielding, heavier weapons can be wielded two-handed if your strength isn’t up to snuff yet, and there are multiple schools of magic to try your hand in over time. Progress through the world might be what drives your actions as you play, but developing and growing my character stayed on my mind well after I’d put the game down to try and recollect myself after yet another crushing and unexpected defeat.

Speaking of staying with you, the absolutely key element of this particular release is wholly unique to the Switch and a long-awaited turn for the series. This marks the first time Dark Souls is truly portable, and it fits almost too well. Whether you have to head out but just know your next run is going to push you further or simply want to free up your TV to watch something while you grind a bit, it immediately became my favored way to play. My own previous experiences with the series held up even with the wider grip and playing with attached Joy-Con, marking this not only a great alternative to docked play, but an easy transition from previous releases.

That said, there’s some value in going docked over handheld. When connected to your entertainment setup, the game will run in 1080p rather than handheld’s 720, letting the touched-up textures and world look as good as they can for this version. Visually, it isn’t quite as impressive a remaster as what can be found on other, current platforms, but it’s still an improvement upon the original and carries the mood of the game well. 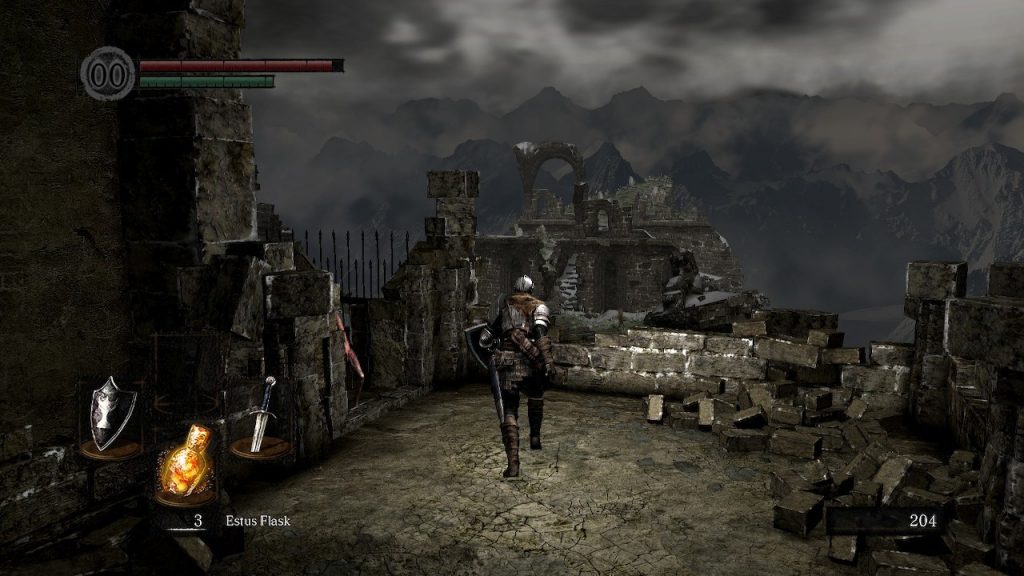 No matter which way you’re playing on Switch, it’ll be at 30 FPS versus 60 on PlayStation 4 and Xbox One. This isn’t a dealbreaker, and I never experienced any drops in framerate in my time with the game, but for those after the most impressive and smoothest version, this isn’t exactly it. The audio is also not quite as up to snuff, which is a shame considering how well the sound design and music plays into Dark Souls as a whole. Again, not a dealbreaker and for me well worth it to play in handheld, but it’s there.

The flames will fade and only Dark will remain

Compared to its original version, Dark Souls: Remastered on Nintendo Switch makes for an absolutely worthwhile upgrade for those that may’ve missed out on the first game in this now-known and highly regarded series. It’s worth noting that just being an improved version of the first doesn’t make this the best sampling of what the Souls series brings, as the refinements here are mostly visual and performance based. You do receive the post-release Artorias of the Abyss expansion DLC included, but any true growth seen in later entries isn’t here. That isn’t so much a point against this release, just worth knowing for those who may be after the best FromSoftware has to offer. Even a touched-up seven year-old game is still a seven year-old game.

Dark Souls: Remastered on Nintendo Switch might not be the prettiest or best-performing version, but that doesn’t hold back what it manages to achieve. Bringing handheld portability to the series, this is the version of Dark Souls: Remastered most worth considering for those wishing to return to its untold stories and unforgiving fights. A well-performing port that can be taken anywhere and still carry everything great about the original, it caters to fans of the Switch itself and marks a grand debut for the series on a Nintendo system. 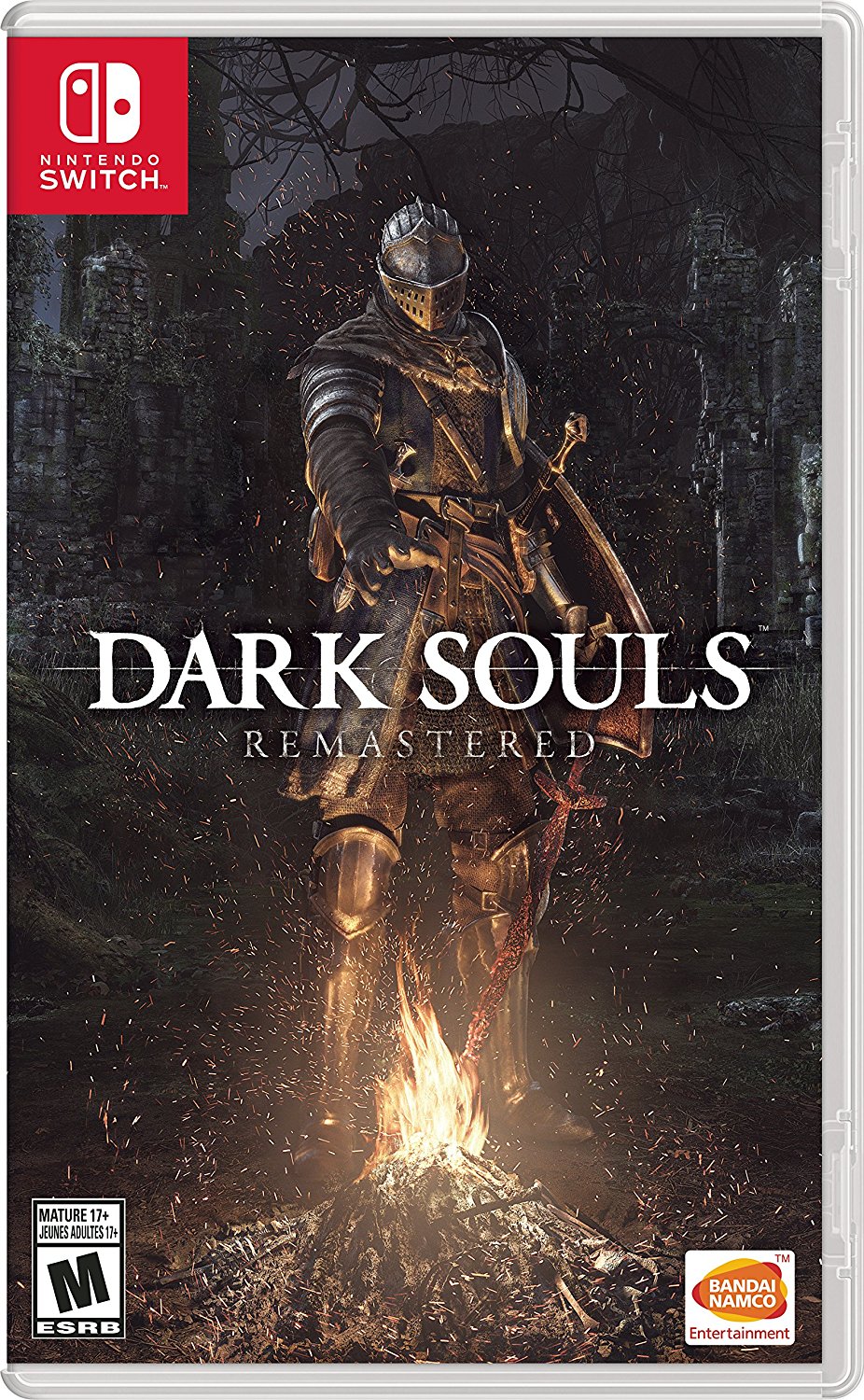