Welcome back to the PAX West Fifty-Game Frenzy, where I run down a grand total of 50 Switch games I played at PAX and you can decide which ones pique your interest! Here we conclude this long, long series with one last roundup of the odds and ends I experienced at PAX West. So for the last time this year, let’s take a look!

Here’s a game that’s deceptively tricky to get a handle on. Modsork has you take control of two cubes — one for each analog stick — and maneuver them about. Using your trigger buttons will activate one of two colored barriers into projectiles of the same color. Add in power-ups, score multipliers, and some zany techniques that you can pull off, and you’ve got a true test of your ambidextry on hand.

In classic “trying to do two things at once” fashion, Modsork will leave your motor senses confused in the best way possible. By having simple obstacles to meet the complex controls, it delivers a challenging experience that you can only improve at. Take a turn at it if you get the chance. 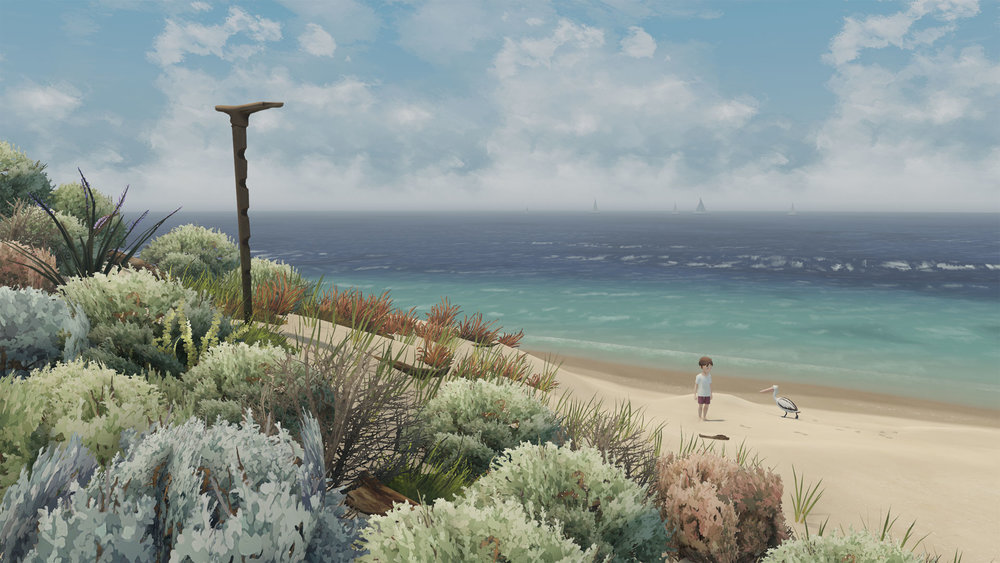 I must admit that as a young American 20-something, my familiarity with half-century old Australian children’s books is… low. Storm Boy: The Game takes place alongside the South Australia coastline, where the eponymous child and his faithful pet pelican Mr. Percival partake in a variety of activities and adventures. Gameplay consists of very casual minigames, from drawing in the sand to playing fetch with Mr. Percival.

The slice I played of Storm Boy was rather narrow, but it was clear that it was more of an interactive experience than a full-blown adventure. Those into games like Dear Esther and Gone Home will likely enjoy the light gameplay and focus on narrative. And I do have to say — Mr. Percival is a darn good name for a pelican. 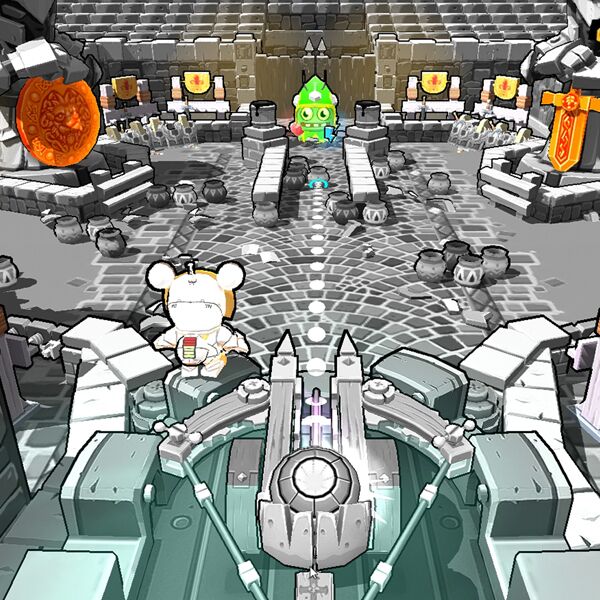 Pinball’s been around for literal centuries, so what can you even do with it? A lot, apparently — Zombie Rollerz take the same old flippers and bumpers and imbues them with some spice, adding in hordes of undead to fire your pinball upon and a host of skills and characters to customize. It even includes dashes of roguelike elements, with randomly generated levels and floors.

The concept of a pinball hybrid is not particularly well-trod, so Zombie Rollerz stands out in the landscape by offering some pretty extensive features and customizability. To a certain degree all the changes are neat and add layers, but at the end of the day, it’s good ol’ pinball, so take this one for a whirl if you’ve got some arcade nostalgia building up right now. 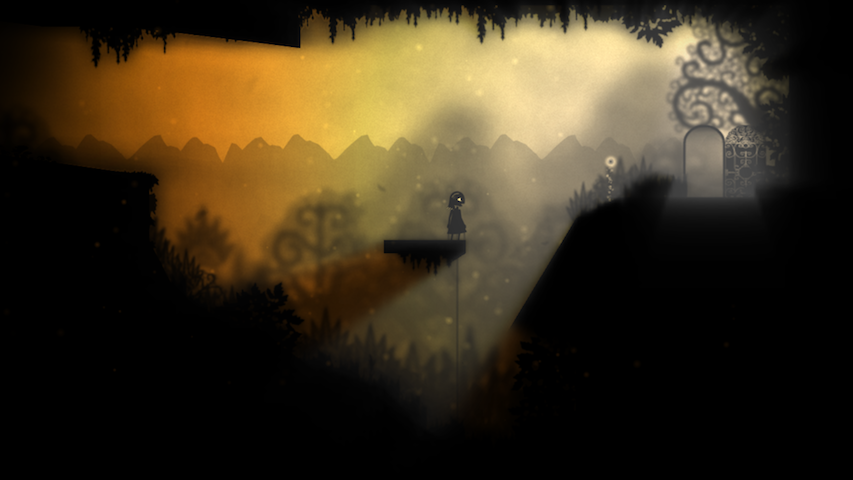 While Limbo has been the iconic silhouette based platformer for a long time, there’s certainly room for others in that very narrow genre — especially when they’re this inventive. Projection has you control a puppet girl in a world of shadows. The player moves a light source with the right stick to make more shadows for her to navigate through, forming the basis for all of the game’s puzzles.

A good concept can take you far, and Projection’s penchant for clever angles and tricky setups had me stumped more than once. But there was always a certain satisfaction that arose from figuring out the exact place to put the light, and it ended up being a very gratifying experience overall. 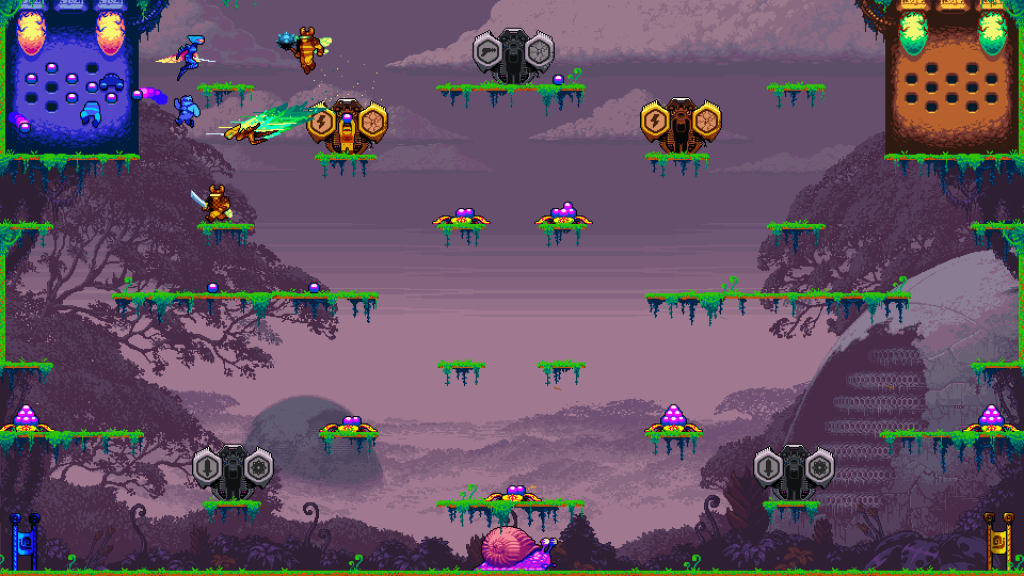 And last but certainly not least we have Killer Queen Black, a console adaptation of the most popular arcade eSports game in existence. A multiplayer version of Joust on steroids, KQB has two teams of four face off in a race to achieve one of three objectives: collecting enough berries, moving a snail to the opponent’s finish line, or eliminating your foes’ stock of Queens. You have to balance your team of workers and warriors to aim towards one objective while defending against another.

I’ve heard KQB described as a 2D MOBA, which I find disingenuous, because this game is actually fun and understandable by human beings. There’s a lot to keep track of at any given moment, and you have to trust and work alongside your teammates to achieve victory, but never does it feel like there’s a lull or stop in gameplay. Killer Queen Black should be on the radar of any multiplayer junkie for when it comes out this winter.

And that’s all for the Fifty-Game Frenzy! Thank you so much for reading, and I sincerely hope that you discovered a game or two here that you had never heard of before. And a thank you to all the wonderful developers who let me tried their games — they’re the real stars of the show, and they deserve all of you love and respect. Until the next time!