Joy-Con and the Switch may be synonymous but sometimes you need a more familiar game controller. Nintendo has their own Pro Controller, but if you’re not a fan of those for one reason or another PowerA is bringing something new to potentially win you over.

Featuring a similar yet distinct design, the Enhanced Wireless Controller uses its own internal Bluetooth 4.1 technology to connect with your Switch without the need for any dongle or receiver. This also makes it usable when the system is out of its dock, making it an on the go option as well. While it retains motion control (Splatoon fans rejoice), it doesn’t come equipped with HD Rumble, IR, or amiibo NFC and utilizes AA batteries instead of a charging cable; meaning it doesn’t quite do everything the Pro Controller can. That said, it does bring something of its own to the table in the form of two mappable buttons on the rear of the hand grips as well as a program button on the controller’s backside. 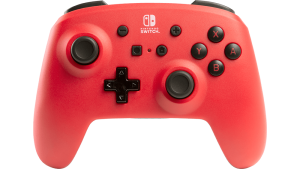 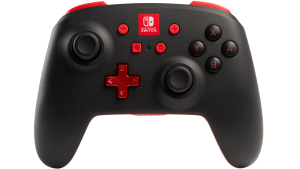 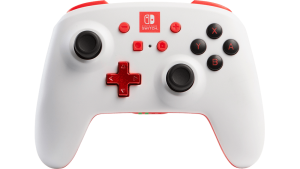 As far as style goes, the controller is available in three different colors: black, white, and red. Each of these features red in some way or another, be it on its buttons and triggers or the controller itself, keeping things consistent with the Switch’s signature color. There’re also three other variants that are a little more stylized: a red Mario silhouette controller, a green Link silhouette controller (with golden D-pad), and an 8-bit Mario style controller with Mario and a Piranha Plant as the appeared in the original Super Mario Bros. All of these will retail for $49.99. 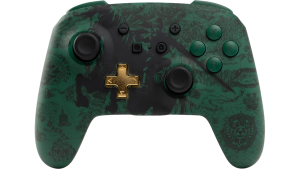 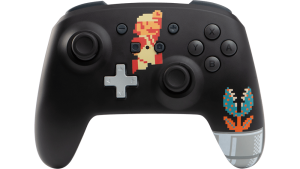 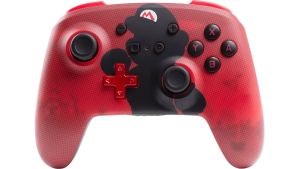 If you were thinking of devoting hours on hours to Super Smash Bros. Ultimate later this year, PowerA’s got a little something else for you to consider too. Their new GameCube Style Controllers are available both wired and wirelessly, using the same Bluetooth 4.1 and motion control tech as the Enhanced Wireless Controller above. They look to emulate the original GameCube design as perfectly as possible, though with a second Z button added and with the Switch’s +, -, Home, and Capture buttons on its face. Likewise the wired version connects via USB rather than the original GameCube ports, removing the need for an adaptor. If you’re after that pure feel but your old, reliable controller’s seen better days these might be what you’ve been waiting for. 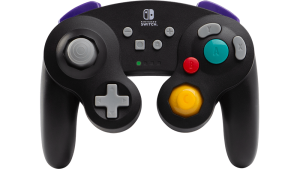 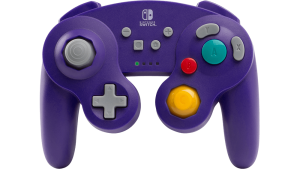 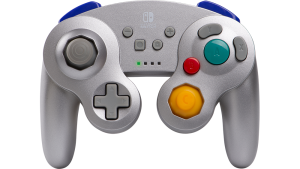 The wired variant comes in the now classic purple and black, while wireless has a few more options. Purple and black are still both available, along with WaveBird grey, gold, and silver. The wired options will sell for $24.99, slightly below Nintendo’s own reissue of the controller, while the wireless will go for $49.99. No release date has been provided for any of these GameCube options, but some versions of the Enhanced Wireless Controllers are available to preorder now for a listed October 15th release.